A 25-year-old Queens man has been charged with second-degree assault and criminal mischief after his actions were caught on tape by pedestrians. 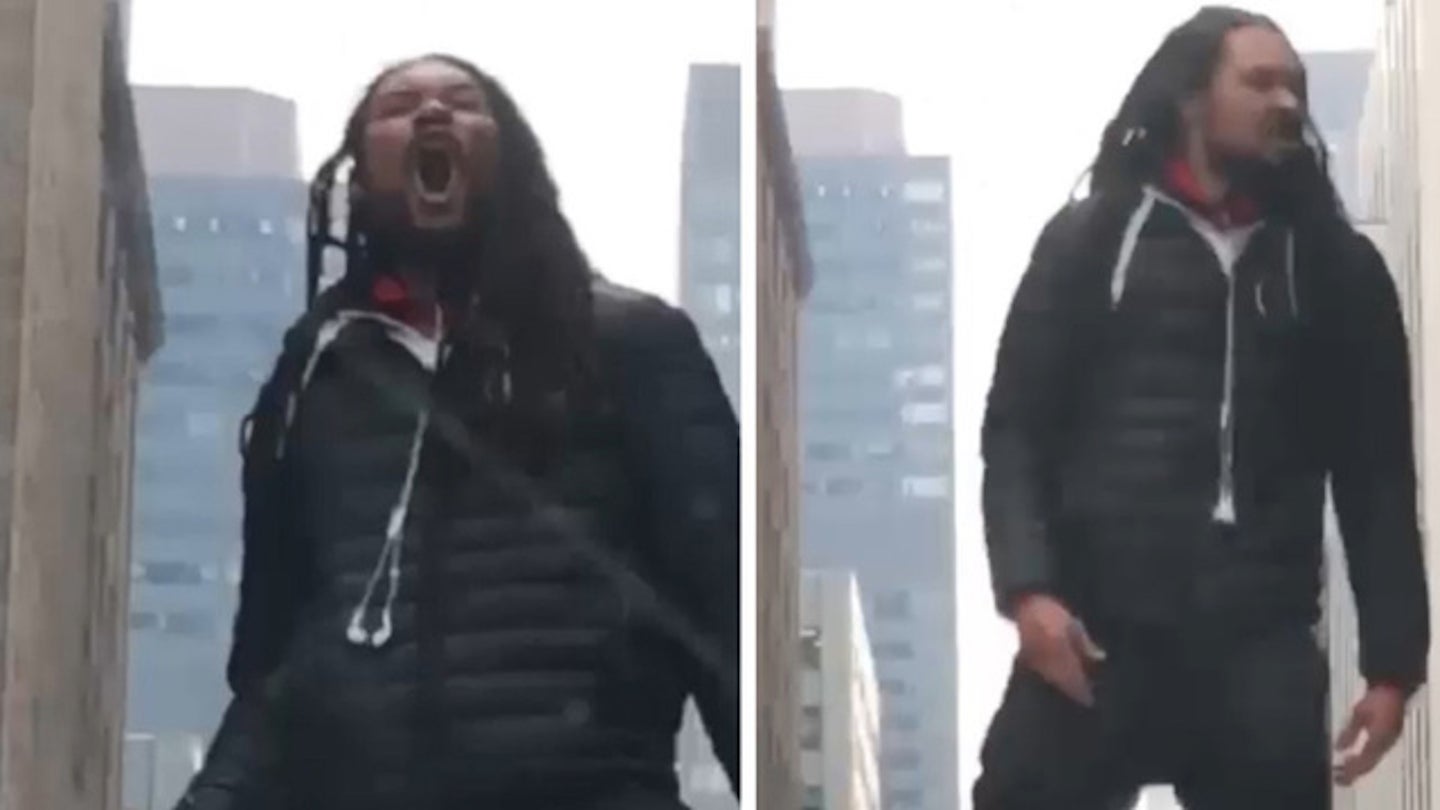 Footage has emerged of a man having a public breakdown in Manhattan earlier this month, which had him climbing an Uber driver’s car and smashing the windows while injuring the 23-year-old man with his bike lock before pedaling away, NBC 4 reports.

While the suspect remained at large for over a week, Fox 5 now reports the suspect has been identified as 25-year-old Emilio Carpenay of Queens. Authorities have placed him under arrest, charging him with second-degree assault and criminal mischief for his actions, which were all caught on tape.

The bizarre incident reportedly occurred in broad daylight shortly after 1 p.m. ET on East 40th Street and Fifth Avenue. Police said the man was riding his bicycle down the street and abruptly began banging on the ride-share driver’s windows for no known reason. He then hit the vehicle with his U-lock, smashing the windows and injuring the driver as he was trapped in traffic.

As you can see, the dreadlocked suspect climbed the Kia and began screaming and stomping on the roof before he turned his attention toward the driver. The victim’s head injury was treated at a nearby hospital, with only a minor cut allowing the man to be released shortly after.

We've seen our fair share of road rage-related incidents, with the spectrum of violence ranging from irresponsibly lethal to harmless fodder for universally welcome comedy. This particular case is striking in its unidentifiable causality, as it's impossible to understand from the footage and news reports alone just why exactly the suspect engaged in this type of behavior.

While police have reportedly apprehended the primary suspect, NYPD’s Crime Stoppers are welcoming any and all relevant information that pertains to the investigation by contacting 800-577-8477 or through the official website.

Unable to drive off or exit the car, Antoinette Lazzara was saved when three good Samaritans took action.