The Bolt is coming back as GM looks to put the battery fire recall in the past. 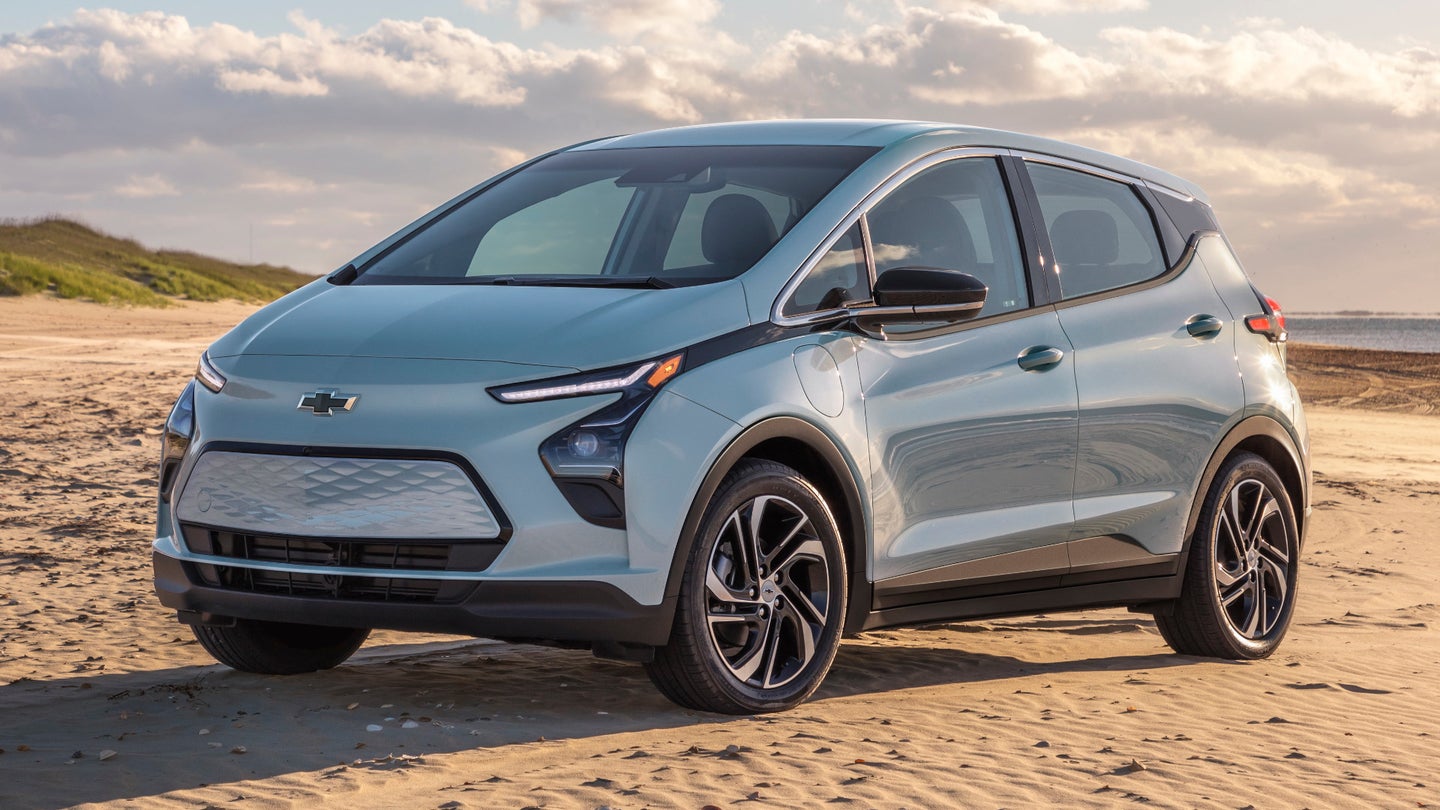 The Chevrolet Bolt has had a fraught existence, with GM's little electric subcompact wracked by a recall that ensnared every example built since 2016. There's now light at the end of the tunnel, however, as GM has announced it will restart production of the Bolt beginning on April 4, reports Automotive News.

Bolt production came to a halt in August 2021 while GM and battery supplier LG scrambled to find a solution to the model's unexpected fire issue. The line at GM's Orion Assembly Plant last ran in November 2021 for just two weeks, in order to build vehicles for customers and dealers affected by the recall. The six-month pause marks the longest-known assembly halt in Chevrolet's history, according to Automotive News.

The recall concerned battery fire risks, and first kicked off back in November 2020, when GM recalled a limited number of vehicles. As months rolled by, the recall expanded to include the entire Bolt production run to date, with GM committing to provide replacement batteries for recalled vehicles.

As defective batteries were found to be the cause of the problem, LG has committed to paying GM $2 billion to cover the costs of the recall effort. GM has not revealed the pace at which battery replacements are happening, nor the number of Bolts it purchased back from affected customers.

GM spokesperson Dan Flores notes that the recall has placed a strain on owners, stating that "We appreciate the patience customers have shown throughout the recall." Notably, GM has stuck with the Bolt through thick and thin, with Flores adding "We remain committed to Bolt EV and EUV and this decision will allow us to simultaneously replace battery modules and resume retail sales soon, which were strong before the recall."

Dealerships will be able to sell the new production Bolt EVs and EUVs as soon as they receive them, according to GM. However, existing vehicle stock that hasn't been repaired under recall is still subject to a stop-sale order. The move makes sense, as it's key to giving customers peace of mind when shopping for a new Chevrolet Bolt, so they needn't worry that they may be buying a defective vehicle.

With electric cars and trucks becoming the next major battleground in the automotive market, GM will be glad to be getting back on track ahead of some major product launches in the years to come. With the company opening its own battery factories to power models like the Chevrolet Silverado EV and GMC Hummer EV, it will be eager to avoid repeating the mistakes of the past.