The electric car was designed with easily swappable batteries and for those looking to travel distances 15 miles or less. 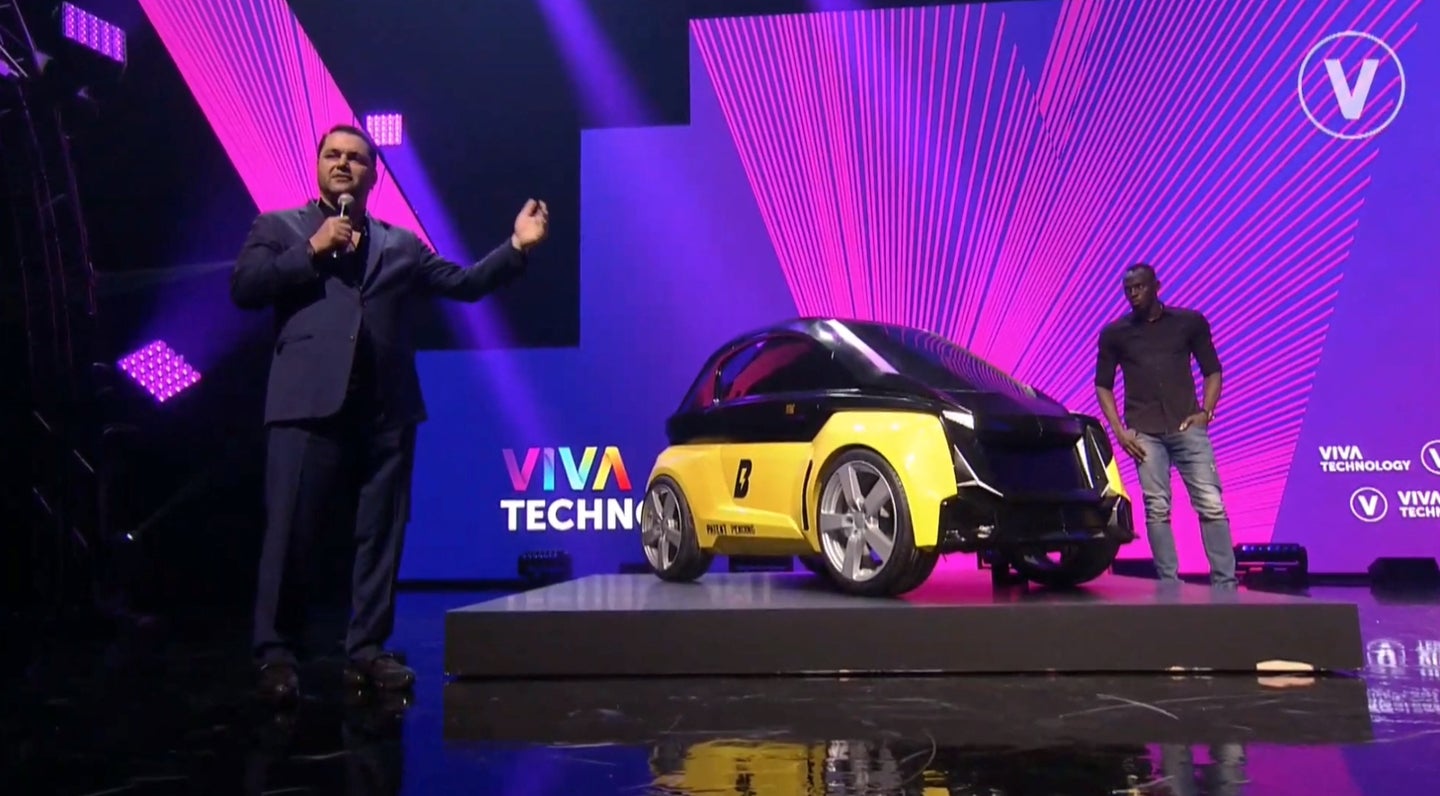 It seems like Usain Bolt is really living up to his name. The famed Olympian athlete recently just unveiled his latest cooperative venture, a small two-seat electric car called the B-Nano, as part of his latest firm, Bolt Mobility.

Mr. Bolt teamed up with engineers in Florida to build the small electric car with hopes to add to the mix of car-sharing and intercity travel options in dense metropolitan areas. The small electric microcar reportedly costs just less than $10,000 and was designed specifically to feature easily swappable batteries. It’s aimed to mat those seeking to travel within a 15-mile radius of their originating location.

Specifics to the power and drivetrain aren’t yet available, but so far, Bolt Mobility announced that it’s accepting reservations for just $999 with plans to deliver cars beginning sometime in 2020.

This isn’t the first time that Usain Bolt offered mobility solutions. His venture also produced a few electric scooters—the Bolt Original, Bolt One, and Bolt Chariot—which are similar to those offered by Bird or Lime.

“Through its portfolio of micromobility products, Bolt Mobility fulfills the dream that many of us share to operate in a world where our vehicles will fit perfectly into the fabric of our urban environments while respecting the air we breathe,” Usain Bolt said in the company’s official statement.

With the launch of the B-Nano, some concern has been raised as to whether or not Mr. Bolt could run into trademark and copyright issues with the names of his vehicles. Tata Motors produces a small city car called the Nano, while Chevrolet has the Bolt electric vehicle.