After watching this Nissan Leaf get thrown sideways into a pole at roadway speeds, you'll want to make sure you're paying attention in the real world. However, while the impact itself is tremendous, the fact that the electric vehicle's lithium-ion batteries escaped without bursting into a ball of fire is even more impressive, proving that the car's integrated fail-safe systems work as engineered.

DEKRA, which stands for Deutscher Kraftfahrzeug-Überwachungs-Verein, or German Motor Vehicle Inspection Association in German, teamed up with the University Medical Center of Göttingen for a high-speed, side-pole crash impact test to exhibit how safe electric vehicles and their powertrains are.

To prove that they’re just as safe as gas- or diesel-powered vehicles, DEKRA crash-tested a Nissan Leaf and its distant French subcompact cousin, the Renault Zoe, at 75 kilometers per hour (47 miles per hour), which is significantly faster than the standard side-pole crash test speed. The resulting footage, as you can see, is pretty spectacular.

Upon closer inspection, you can see how destructive the impact was as the pole broke through all the way to the passenger seat. Needless to say, had there been a driver present, it’s unlikely that person would’ve survived.

With the recent proliferation of electric vehicles, concern for the structural safety of their battery packs also became a point of concern after EVs began utilizing large lithium-ion battery packs. When ruptured, the battery packs can erupt into a massive ball of fire, resulting in a dangerous rescue situation for first responders. This happens when the liquids inside the battery cells come in contact with the integrated electrodes, causing a short. It results in sparks, which then ignites the lithium-ion fluid, a highly flammable material. To prevent this, engineers integrated fail-safe systems that disconnect any flow of electrons through the battery pack to avoid the initial and potentially fatal short.

Automakers and engineers have worked to fortify the battery packs so that even in some of the most extreme collisions, they're less likely to rupture. From the test, the research bodies were able to prove that their homework has certainly paid off and that electric vehicles are indeed as safe as their conventional ICE-powered counterparts.

But if there’s one other takeaway from the video, it’s to never slide sideways into a pole at high speed. 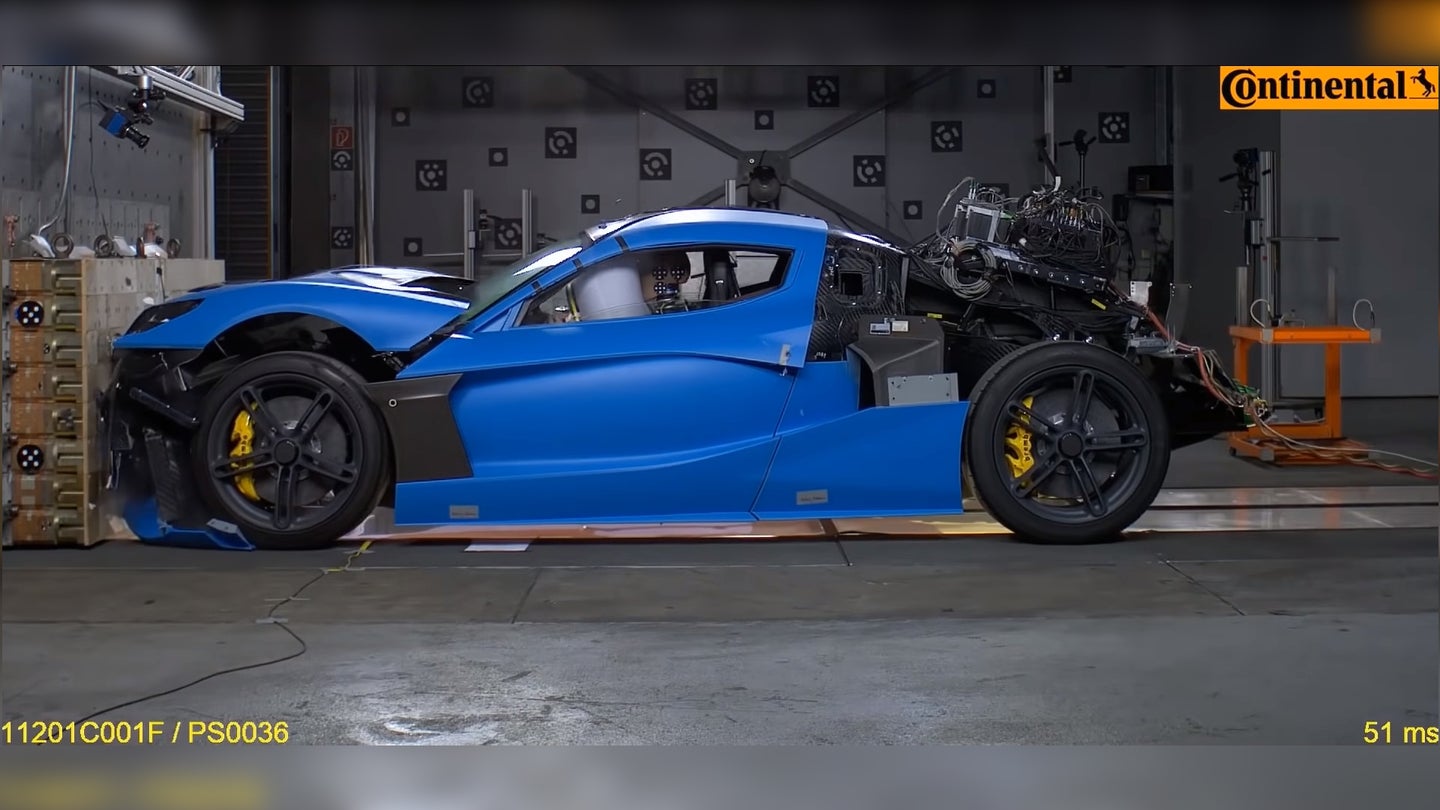 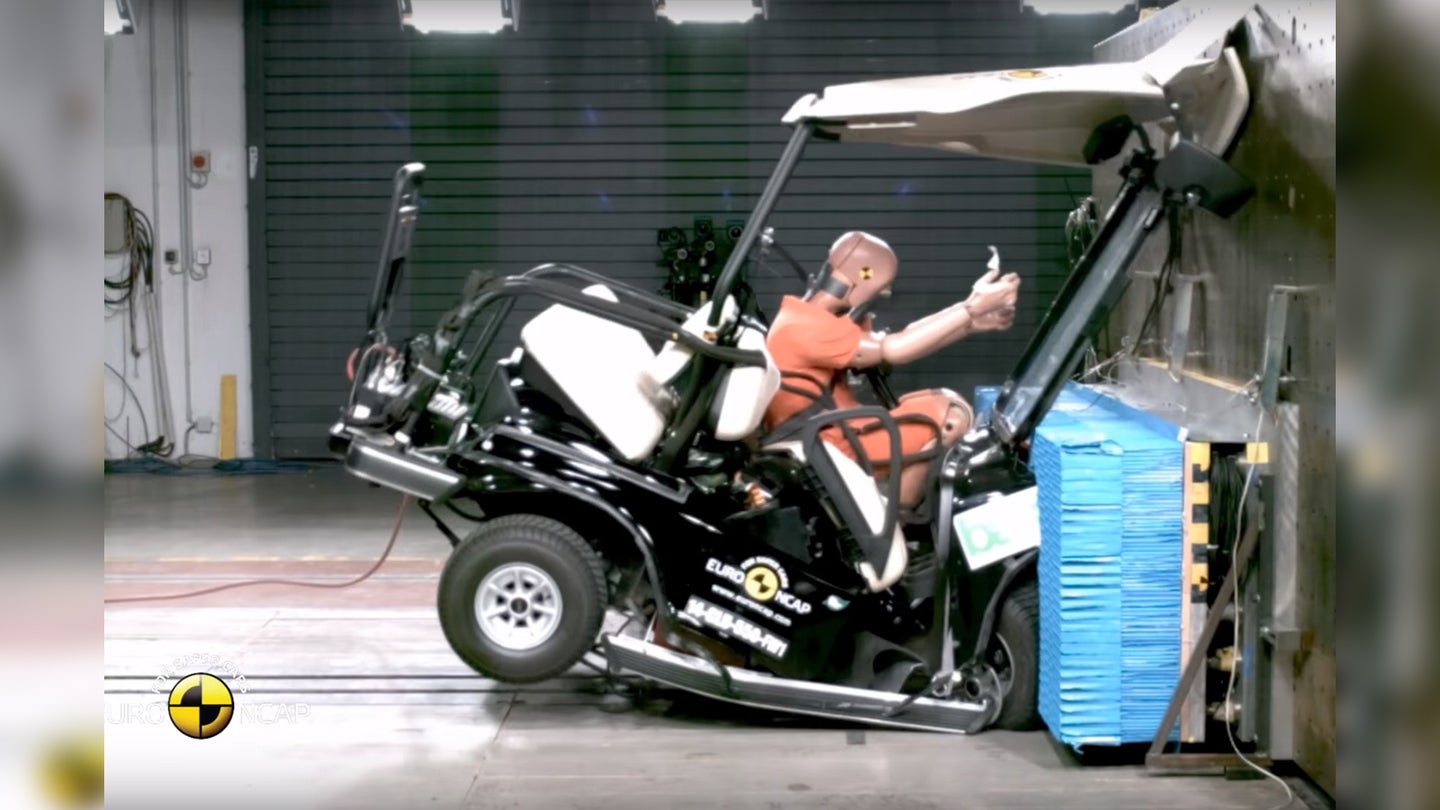 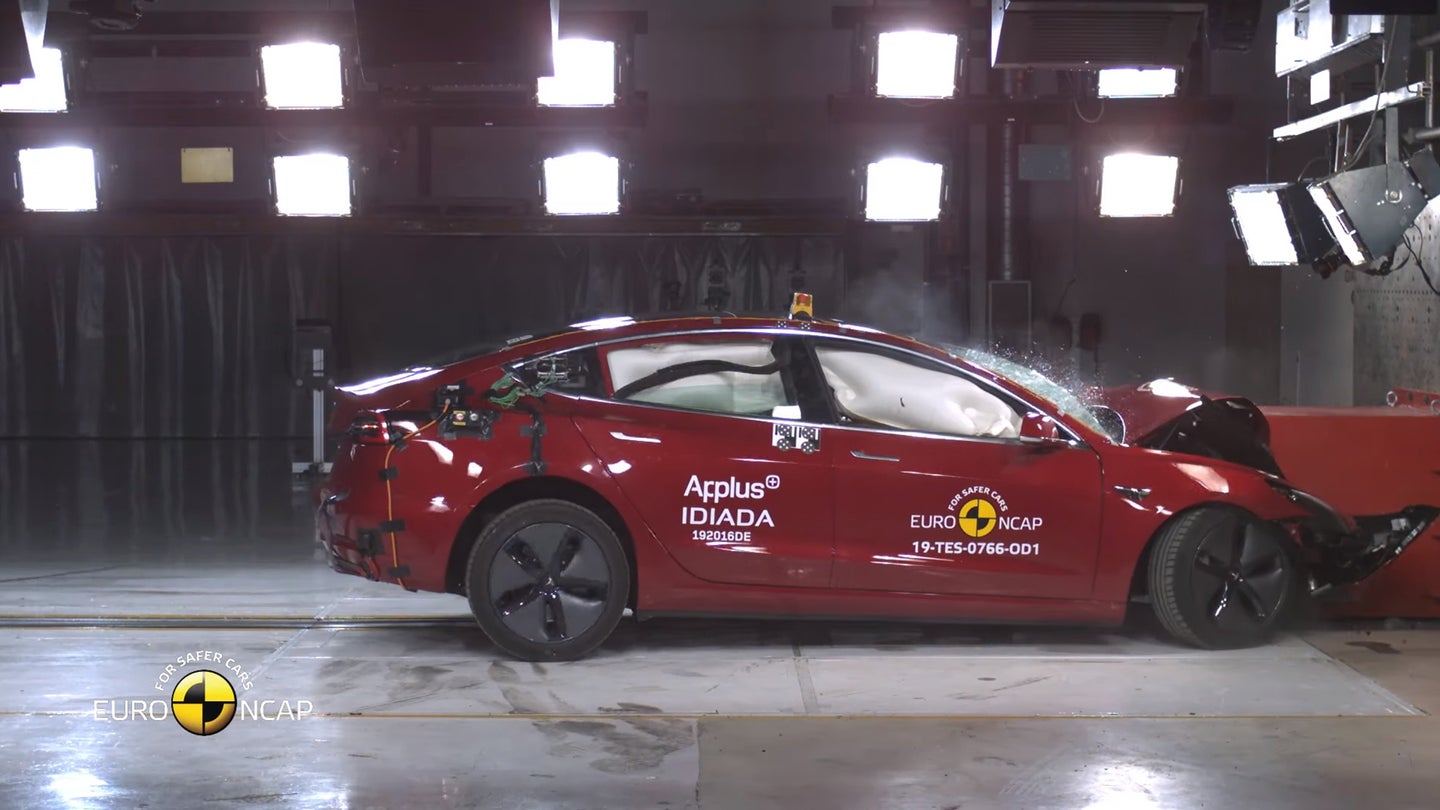 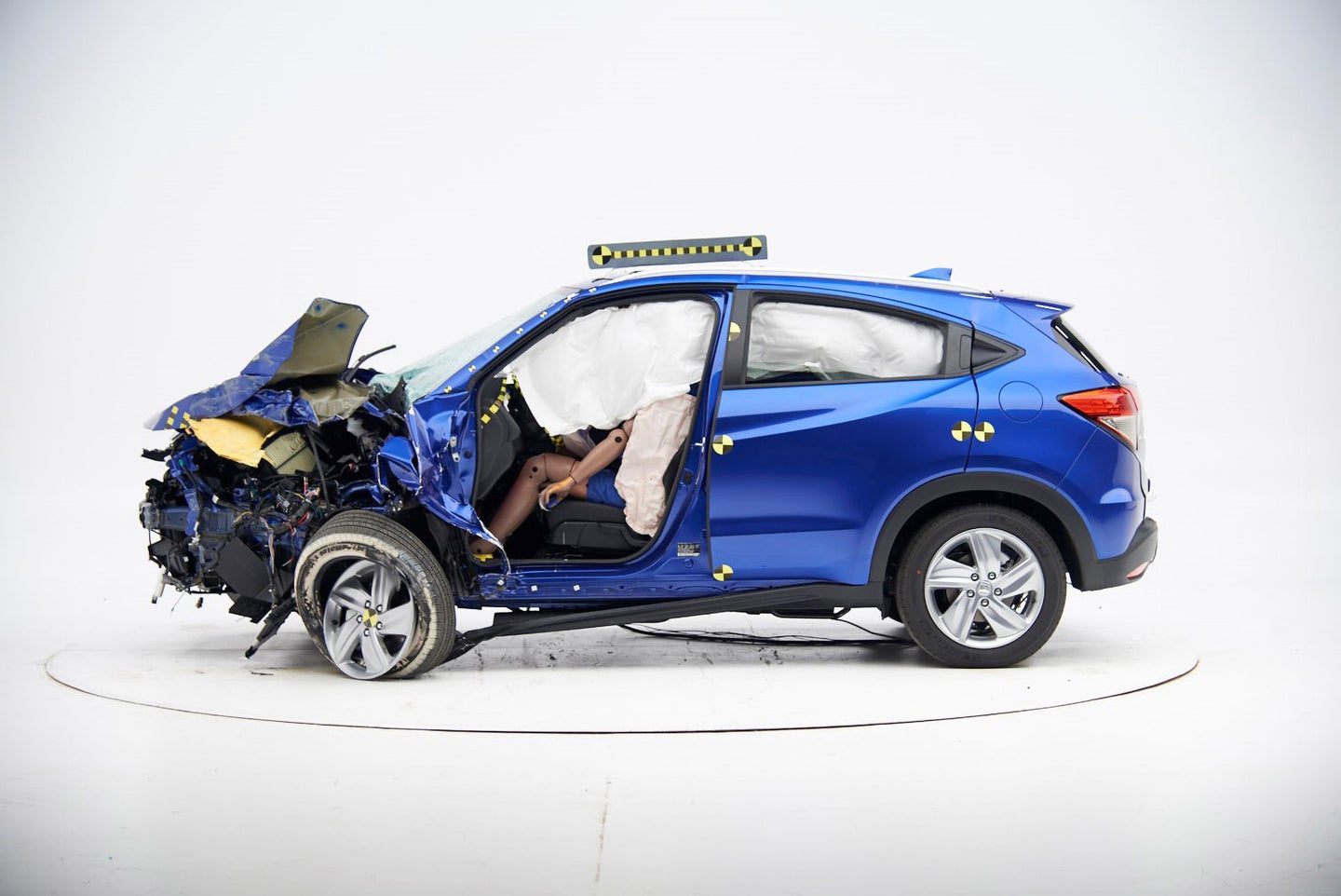 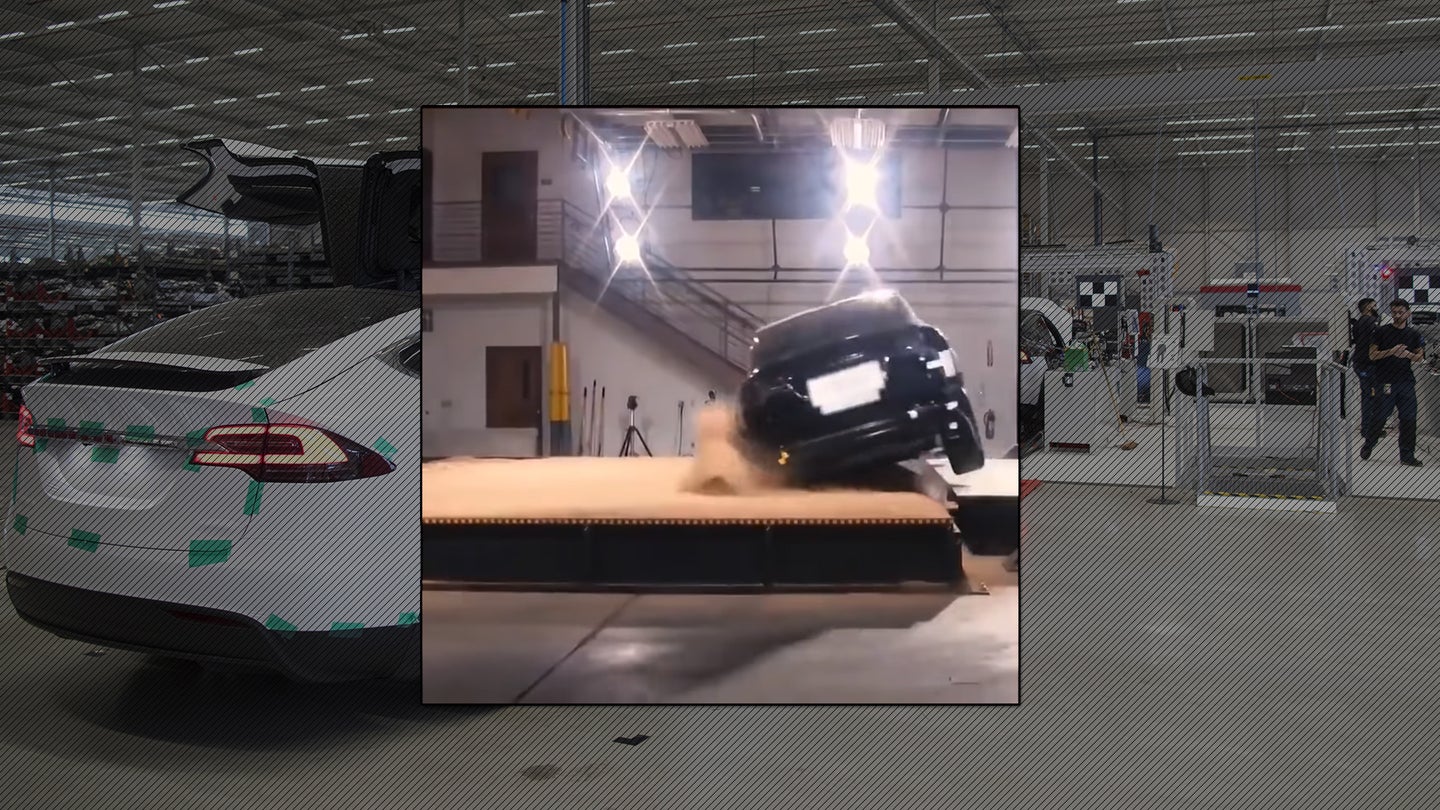