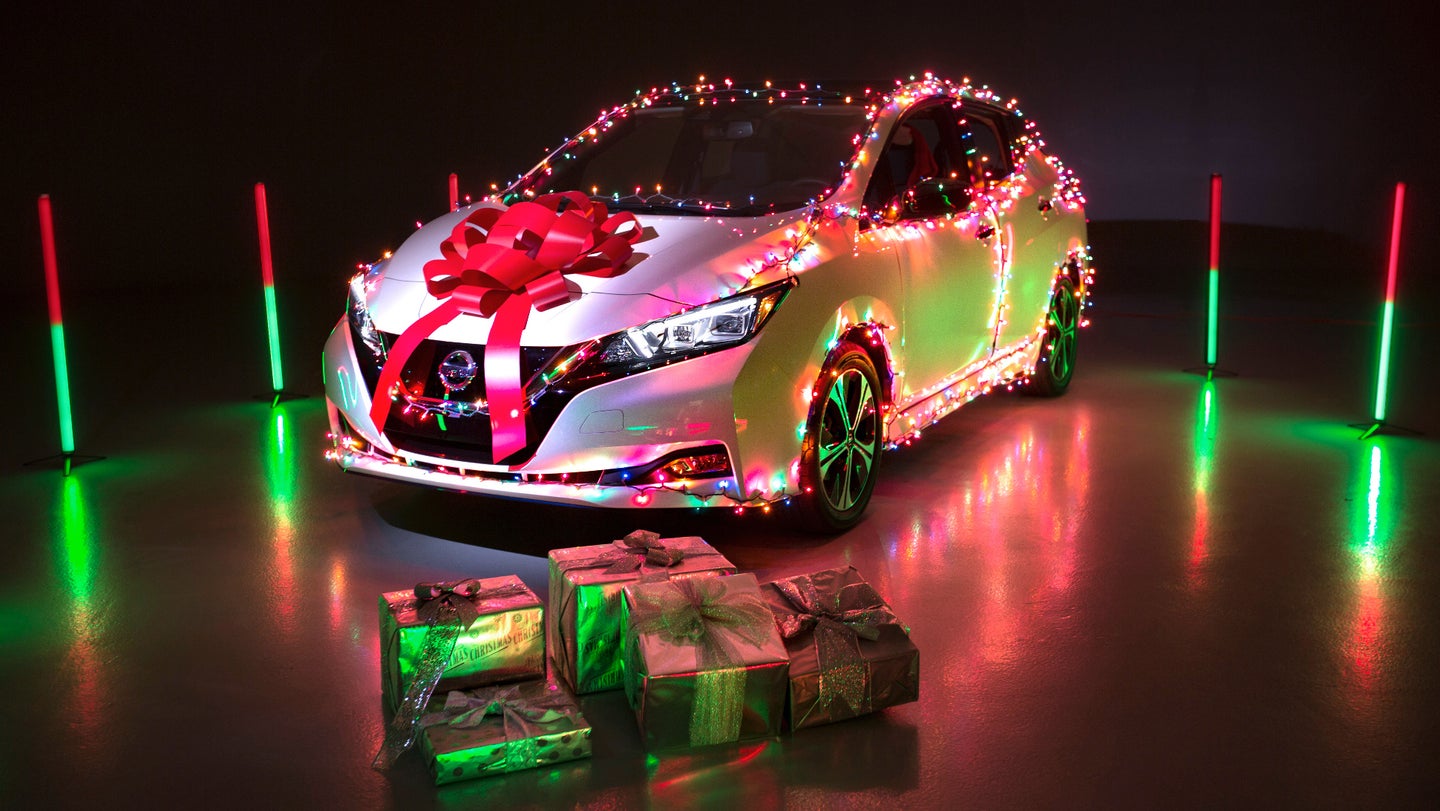 The 2020 Nissan Leaf gets updated sounds to warn pedestrians that it's rolling along at slower speeds, so Nissan's celebrating that as well as National Go Caroling Day in a special way. The automaker put the Leaf's pedestrian warning sounds into two classic Christmas carols: "Angels We Have Heard on High" and "Jingle Bells."

Nissan also included MP3 files of the new pedestrian-friendly low-speed sounds as well as a sample of the song itself in its press release here to check out. Even I have to admit it's cute, and I gave up this year and decorated a rusty upside-down exhaust header instead of a tree.

While anyone who's sick of the holidays by now might call this a "menace," Nissan prefers the term "e-worm." You know, like an earworm, but out of electric car sounds. Har har.

Don't get too grinchy just yet, though, because purchases of the song go to a good cause. All proceeds from purchases between Dec. 1, 2019 and Dec. 31, 2020, go directly to the Urban Green Lab, a nonprofit dedicated to sustainable living.

As for the Leaf's cool new updates, the car's pedestrian warning noises sport new tones with an increased volume to meet new U.S. electric vehicle standards that go into effect on Sept. 1, 2020. Electric vehicles can be too quiet to notice at lower speeds on their own by foot and riders of small human-powered vehicles such as bikes or skateboards, hence the new noise regs.

Like in the carols, Nissan calls its forward sound "Canto," after the Latin for "I sing." A constant tone plays when the car is traveling forward at speeds less than 18.6 miles per hour. A different pulsing tone plays when the car goes into reverse, which sounds sort of like a futuristic box truck. An extra speaker was added in the engine compartment to increase the volume.

Happy holidays, everyone! Don't let Grandma get run over by a reind—err, pre-2020 model year EV.