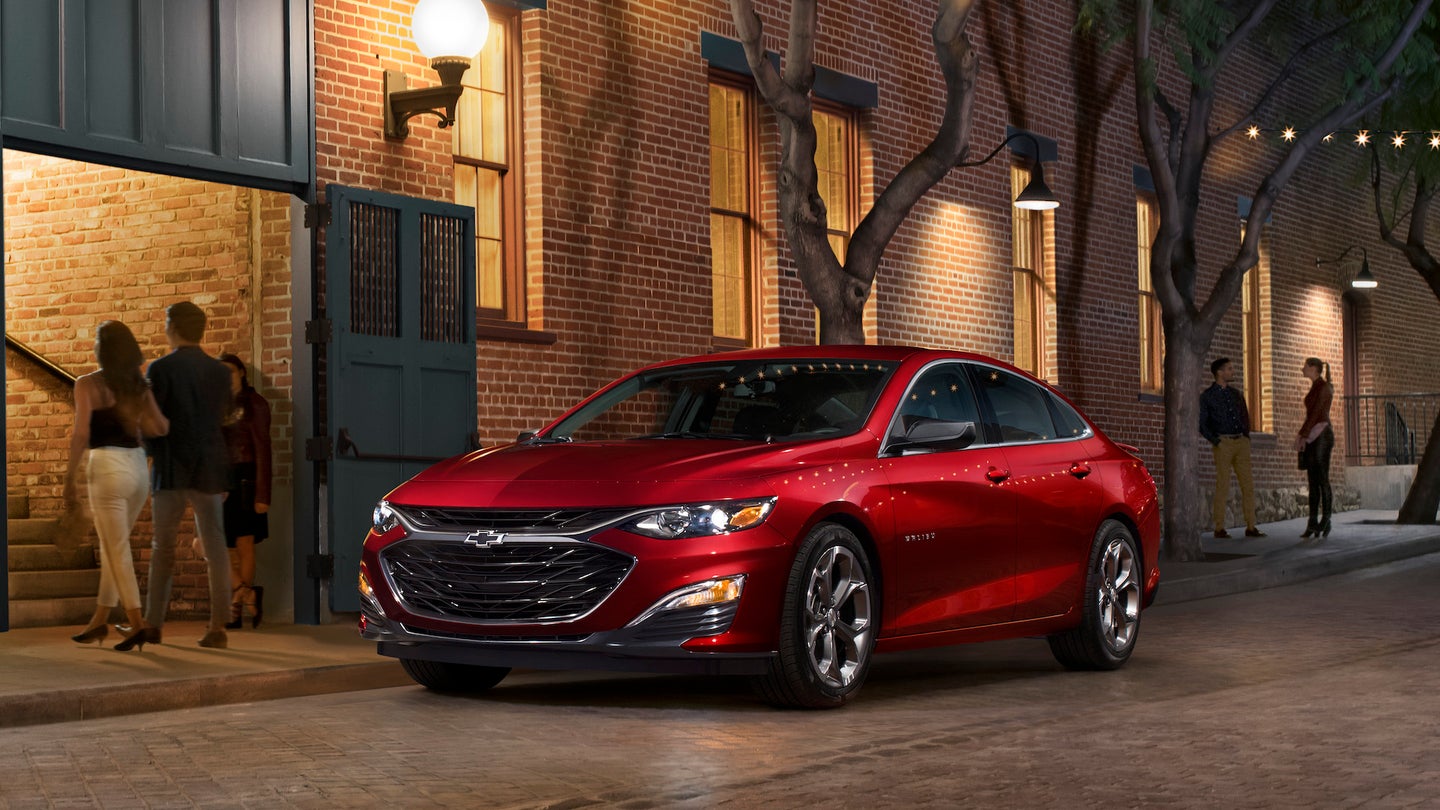 General Motors introduced the current generation of Malibu in late 2015 as a 2016 model, and it lived up to its predecessor's legacy by earning its keep in sales and doing little else. But with Chevrolet walking its sedans off the plank and the Malibu's sales plunging for two straight years despite a 2019 refresh, the model's future is looking grim at best. According to a report by Automotive News, the American automaker reportedly still has plans for the midsize sedan.

The Chevrolet Malibu will allegedly remain a part of GM's portfolio until 2024. To shore up the aging model's appeal, GM may reportedly give the model a second facelift in 2022, which could portend keeping the Malibu around even longer.

Whenever the Malibu does go, its place in Chevrolet's lineup will reportedly be filled by some sort of electric vehicle (EV), whose name and body style are not known as of this time. Considering AN's anonymous sources and the fact that this is still five years away, you should take this with a grain of salt.

Considering the midsize hole the Malibu's discontinuation will leave in the Chevrolet roster, GM's planned introduction of 20 EVs by 2023, and the market's insatiable demand for crossovers, it wouldn't be outlandish to imagine the Malibu's successor to be a midsize electric crossover. This hypothetical electric crossover could have styling reminiscent of the Bolt-based crossover allegedly launching next year, potentially under the name Bolt EUV.

The Drive contacted GM about its plans for the future of the Malibu, and we will update when we receive comment.

The car was allegedly slotted to receive a special engine all its own, a naturally aspirated 6.6-liter V8 dubbed the LT3.