Ram’s Electric Pickup Is Being “Adjusted Every Month” as Rival Trucks Launch: CEO

Ram is showing up a little later to the electric pickup party. 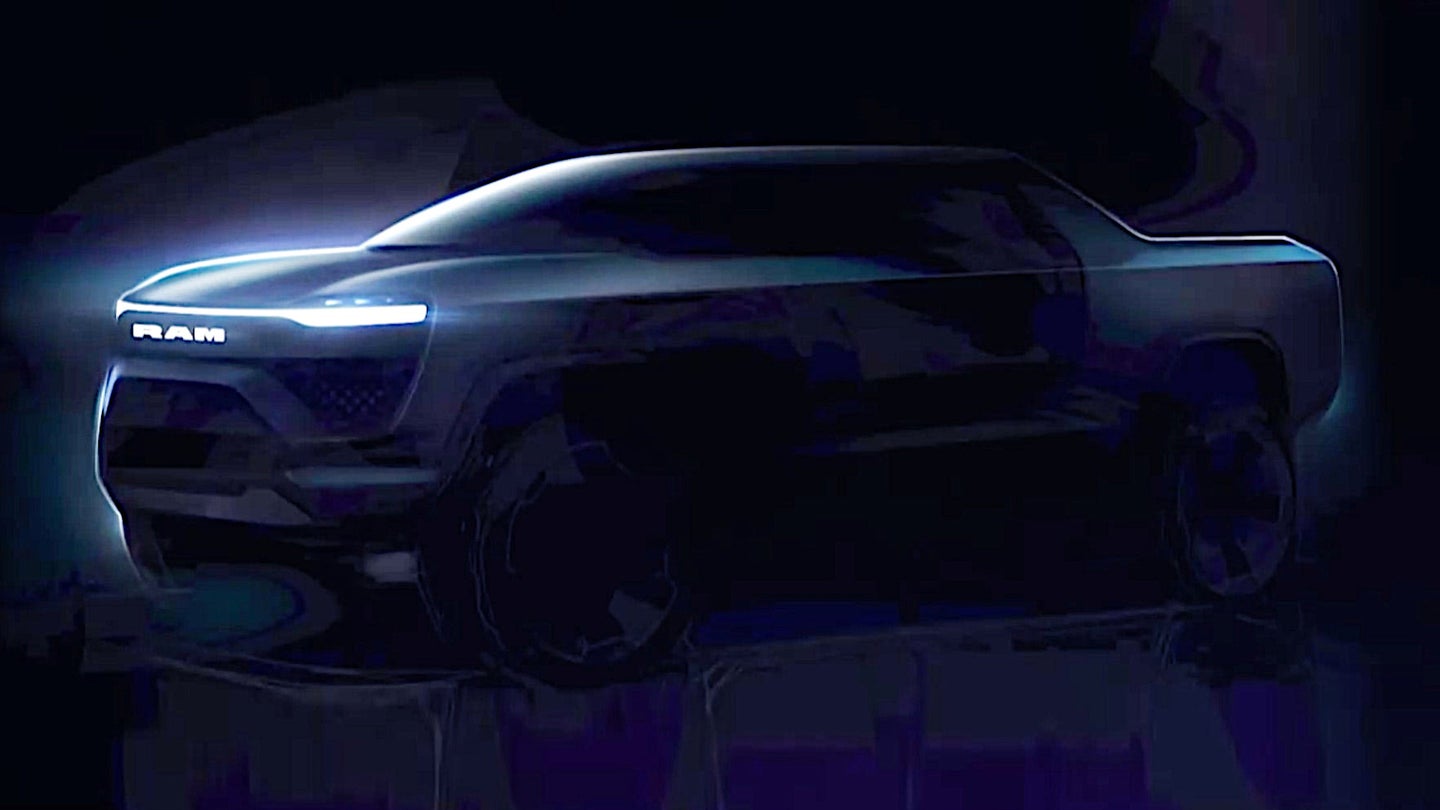 The race for the electric pickup market is heating up, with Rivian's R1T and Ford's F-150 Lightning seemingly at the head of the pack with the Tesla Cybertruck and Chevrolet Silverado EV waiting in the wings. Thus far, though, we've seen little in this area from Stellantis. As per reports from InsideEVs, it seems Ram is rapidly updating the design for its upcoming contender in response to the launches of its rivals.

The Ram 1500 electric pickup is due in 2024. The schedule has it set to drop roughly a year after the Silverado EV, and long after the F-150 Lightning which should start reaching customers in the first half of this year.

Despite the long timeline, though, Stellantis CEO Carlos Tavares is apparently unfazed. Tavares has noted that it gives the company the opportunity to sit back and observe the performance of rival vehicles, and then fettle and tweak its own product in response. In a chat with Morgan Stanley, Tavares stated that the upcoming Ram EV truck is being "adjusted every month" in response to the capabilities of other electric trucks on the market.

"It's a fact that we are coming slightly after them, but it's also a fact that we have the opportunity to adjust the competitiveness and the appeal of our own trucks to what they are doing," said Tavares, adding that "the real winner of this competition is the consumer."

It's a fair point from the Stellantis CEO, but perhaps also one of the only positives of coming to market later than the competition. By the time the Ram drops, Ford will have a production line turning out 150,000 electric trucks a year, and GM's Silverado will have already been on the market for some time. Even the Tesla Cybertruck might be on the road by then.

While Ram diehards may be willing to wait, those eager for an electric truck as soon as possible will have had plenty of time to jump ship. Alternatively, with constant refinement and more time to play with, Ram might just come out with something world-beating that blows its competition out of the water come 2024. Time will tell.