As they say, there's nothing faster than a Civic with a laptop in the passenger seat. 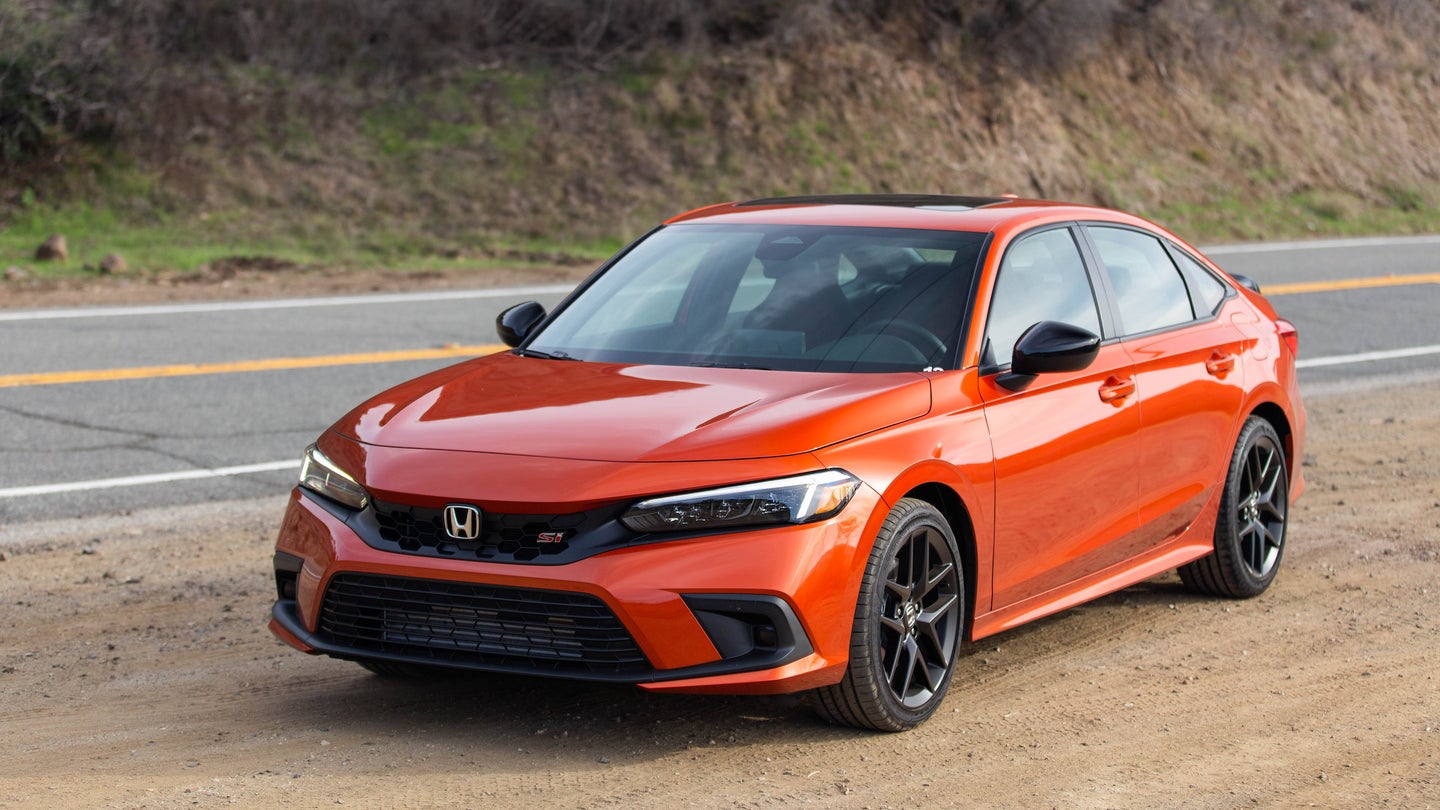 After unlocking an extra 34 horsepower from the base 2022 Honda Civic with a simple ECU tune, the mad scientists at Hondata have now worked their magic and reportedly extracted up to 37 hp and 50 pound-feet of torque from the cheap fun champ that is the 2022 Honda Civic Si.

With a quick preliminary FlashPro tune, the new Si is allegedly good for about 240 peak hp and more than 260 pound-feet of torque. For reference, the previous-gen Civic Type R made 306 hp and 295 pound-feet. The biggest power and torque deltas compared to stock, however, don't actually happen at either of the peaks. At about 4,200 rpm, the tune is responsible for adding 37 horses while the biggest torque gulf happens at about 2,800 rpm, with the tune adding 50 whole pound-feet of twist. Overall, Hondata credits its tune for adding 18 to 37 hp across most of the rev range while 40 to 50 pound-feet is the quoted torque differential.

Reportedly, the Civic used for testing has not been broken in yet, with the odometer showing around 80 miles while it was on the dyno. Per a post from the tuner on the CivicXI forums, even more torque is very likely on the table. "We made more torque than displayed here (over 270) but dialed it back as the clutch was starting to slip. Clutches take at least 500 miles to bed in. We made this dyno at 80 miles. So, watch this space as we share what we learn."

Those familiar with the new Si's official specs and how line graphs work will have also worked out that Honda has been modest about its new sport compact's stock capabilities. While Honda says the new Si is good for 200 hp and 192 pound-feet at their respective peaks, the highest dyno figures observed by Hondata with their stock-tune example show a little over 220 hp and about 226 pound-feet. The car actually makes more than 200 pound-feet across most of the rev range.

In any case, Hondata's FlashPro tune for the new Civic Si is currently pending CARB certification.

Got a tip or question for the author about the new Civic Si? You can reach them here: chris.tsui@thedrive.com