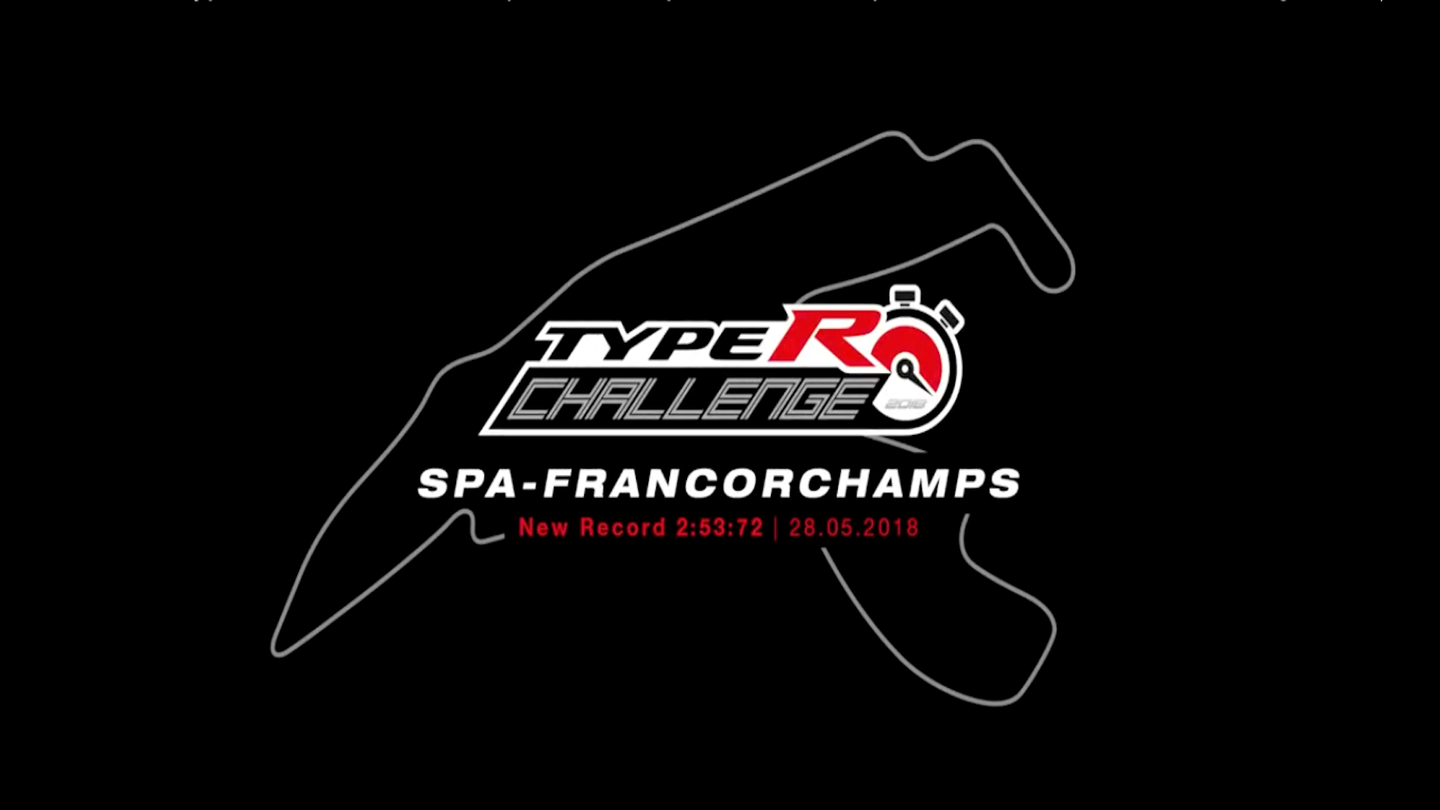 The Honda Civic Type R is an impressive little hatchback but its 306 horsepower in a world when family sedans are cranking out over 500 ponies make it sound puny at times. However, Honda's Type R Challenge aims to prove just how capable 306 horses can be when propelling a cleverly engineered vehicle.

Serving as proof is a video recently published by Honda, where it shows the Civic Type R tackling the iconic Spa-Francorchamps circuit in Belgium, which has played host to the Formula 1 world championship for decades as well as the FIA's World Endurance Championship. In other words, it's a big boy, and big toy kind of race track.

According to the footage, NSX GT3 driver Bertrand Baguette managed to set a lap time of 2:53.72 around the 4.35-mile racing circuit, successfully establishing the front-wheel-drive production-vehicle lap record. It's worth noting that Honda's Type R Challenge car is outfitted with standard road tires and does not feature any performance-enhancing modifications.

In case you're wondering, the Civic's lap time is a whopping 73 seconds slower than Lewis Hamilton's 2017 pole-setting lap.

World Touring Car Championship driver Esteban Guerrieri set the same type of lap record at the famous French track Magny Cours in May, making Spa the second record of the Type R Challenge. Tracks that the Type R has yet to visit include the British icon Silverstone, the former Portuguese F1 track Estoril, and the Hungaroring in Hungary.

It's not clear when or where, but former Formula 1 world champion Jenson Button has signed up to participate in the Type R Challenge.

"We wanted to demonstrate the capabilities of the multi-award-winning hot hatch in the segment," said a Honda Europe spokesperson. "The Type R Challenge follows on from the same activity that we did with the FK2 a couple of years ago."