Especially on the highway. 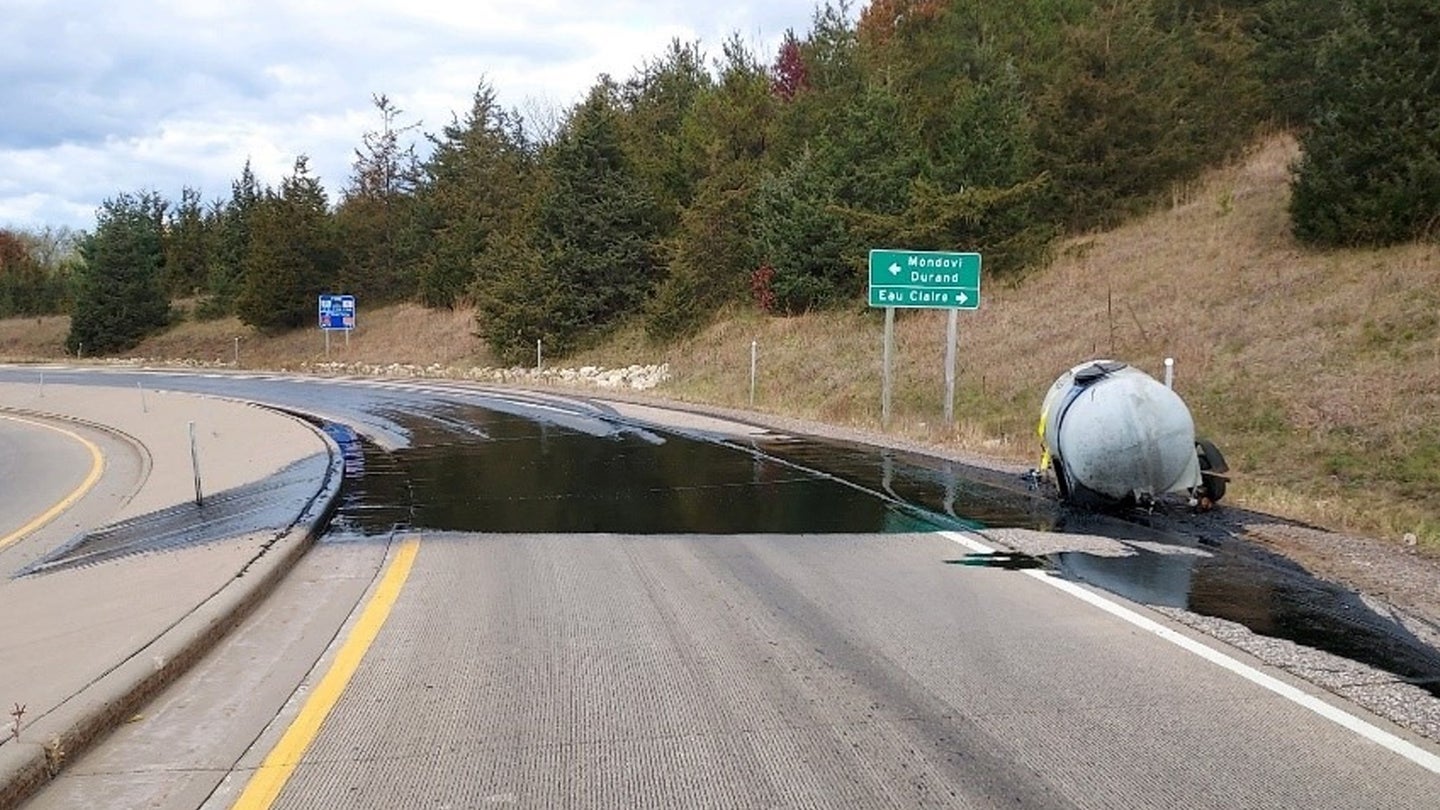 Winter is quickly approaching, which means it's time to put on those snow tires and get ready for slick roadways. While many drivers across the northern United States expect to see snow and ice on the road in the coming months, one town in Wisconsin got an early taste of slippery roads after a highway exit ramp was doused with hundreds of gallons of motor oil following an equipment failure.

According to a post on Facebook from the Wisconsin State Patrol, a driver with a homemade trailer in tow was responsible for the mess. WSP says that the trailer reportedly blew a tire while exiting I-94, a four-lane highway where the trailer and its vehicle appeared to have been traveling westbound. The plastic drum strapped to the trailer promptly dumped its contents onto the asphalt—all 330 gallons.

When emergency services responded to the spill, they found the trailer and nothing else. As it turns out, it was unhooked from the vehicle that was towing it and left behind along with the large spill. Police say that they later located the individual who they believe left the trailer.

Clean-up crews shut down the exit ramp for several hours while the oil was removed from the roadway and it was deemed safe for traffic.

Nevertheless, an oil spill on a curvy road is asking for trouble. The Wisconsin State Patrol didn't say whether or not any accidents were reported as a result of the spill, but it could have gone down a lot worse. As one might imagine, cars hitting a patch of slick lubricant on a highway off-ramp are likely traveling with a bit of speed and aren't going to be able to stop on a dime. Think Mario Kart, except with real-life consequences.

Wisconsin does allow homemade trailers on the road so long as they are properly titled and registered—an inspection isn't required prior to titling, according to the DOT's website. The state's law does limit a homemade trailer's gross weight to be no more than 3,000 pounds, which includes both the weight of the trailer and its load. Some quick napkin math adds up to around 2,500 pounds of oil, so assuming the trailer weighs less than 500 pounds, it may very well have been legally road-worthy from a weight and paperwork perspective.