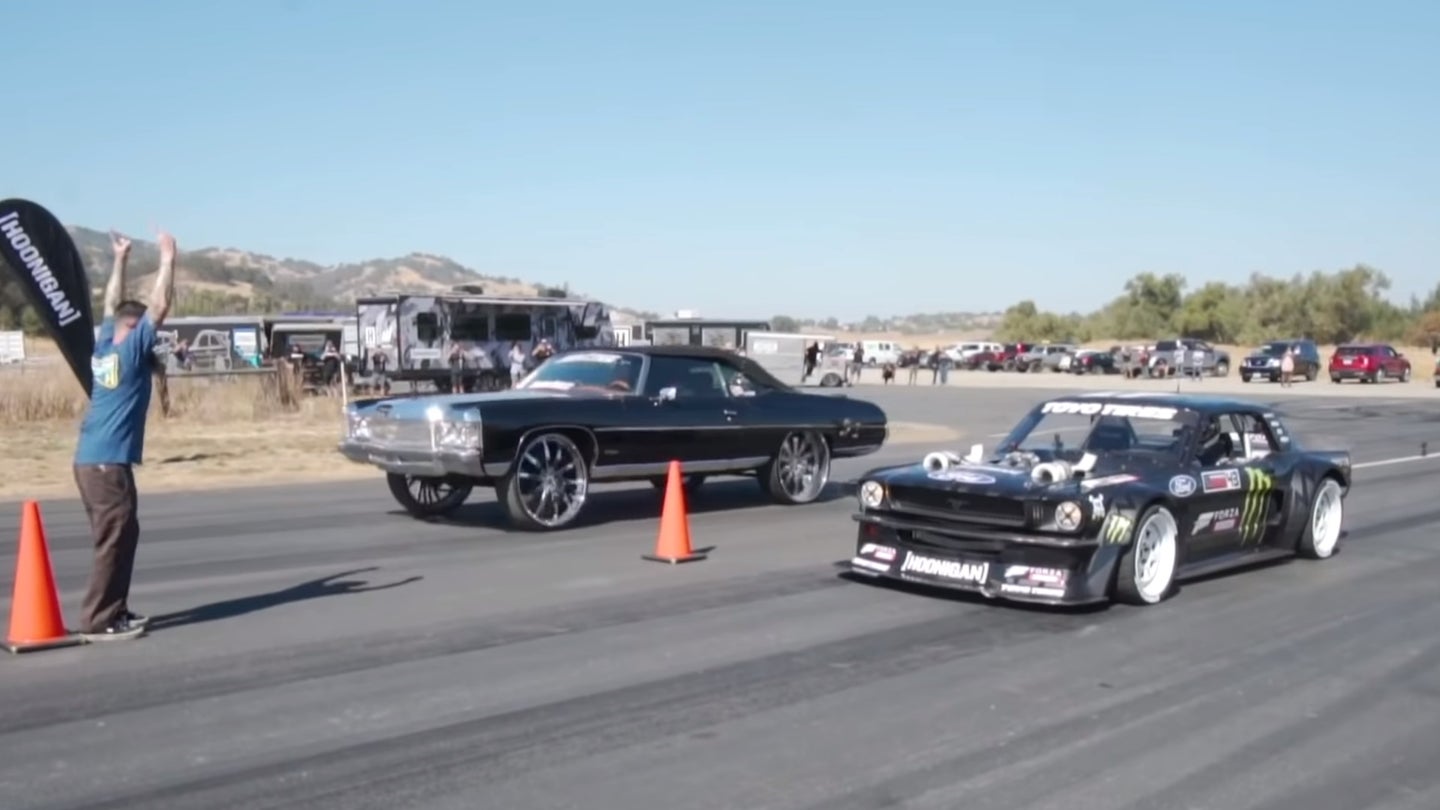 Ken Block's "Hoonicorn" is a 1,400-horsepower, twin-turbocharged Ford Mustang that runs on methanol and hits 60 miles per hour in 1.8 seconds. It's an absolute animal and has been featured in a number of Block's epic Gymkhana drift sessions. Needless to say, it's one of the quickest and coolest custom cars out there. But there are other cars with more horsepower.

After all, anybody can get a massive kit off of Ebay and slap it on to a junkyard V8. That's not exactly what Sage Thomas, aka "Donkmaster" did, but the turbo on his '71 Chevy Impala convertible with massive wheels is indeed sourced from a garbage truck—or so he claims. 1,500 horsepower is a lot coming from parts as modest as that, but as you can see in the video, this Impala isn't exactly a cheap build.

Complete with an interior taken from a C7 Corvette, the "World's Fastest Donk" is a longtime project of Thomas'. He was recently spotted on 1320video

The race goes off about how you would expect. Even though the World's Fastest Donk apparently has at least a hundred more horsepower than the Hoonicorn, it's also lugging around an extra 2,000 pounds. Then there's the fact that it's rear-wheel drive, which, in addition to lacking drag slicks, makes it difficult to hook up and get traction.

Despite this, Thomas attempts to get a lead on Block by jumping the start, though even that's not enough to maintain a gap. The much lighter Mustang pulls ahead every single time, banging away gears and staying in boost all the while. Thomas may indeed have the world's fastest donk, but it's not fast enough to beat the Hoonicorn.

Tune your TV to this slow-mo footage of a fire-spitting drift missile—you won’t regret it.