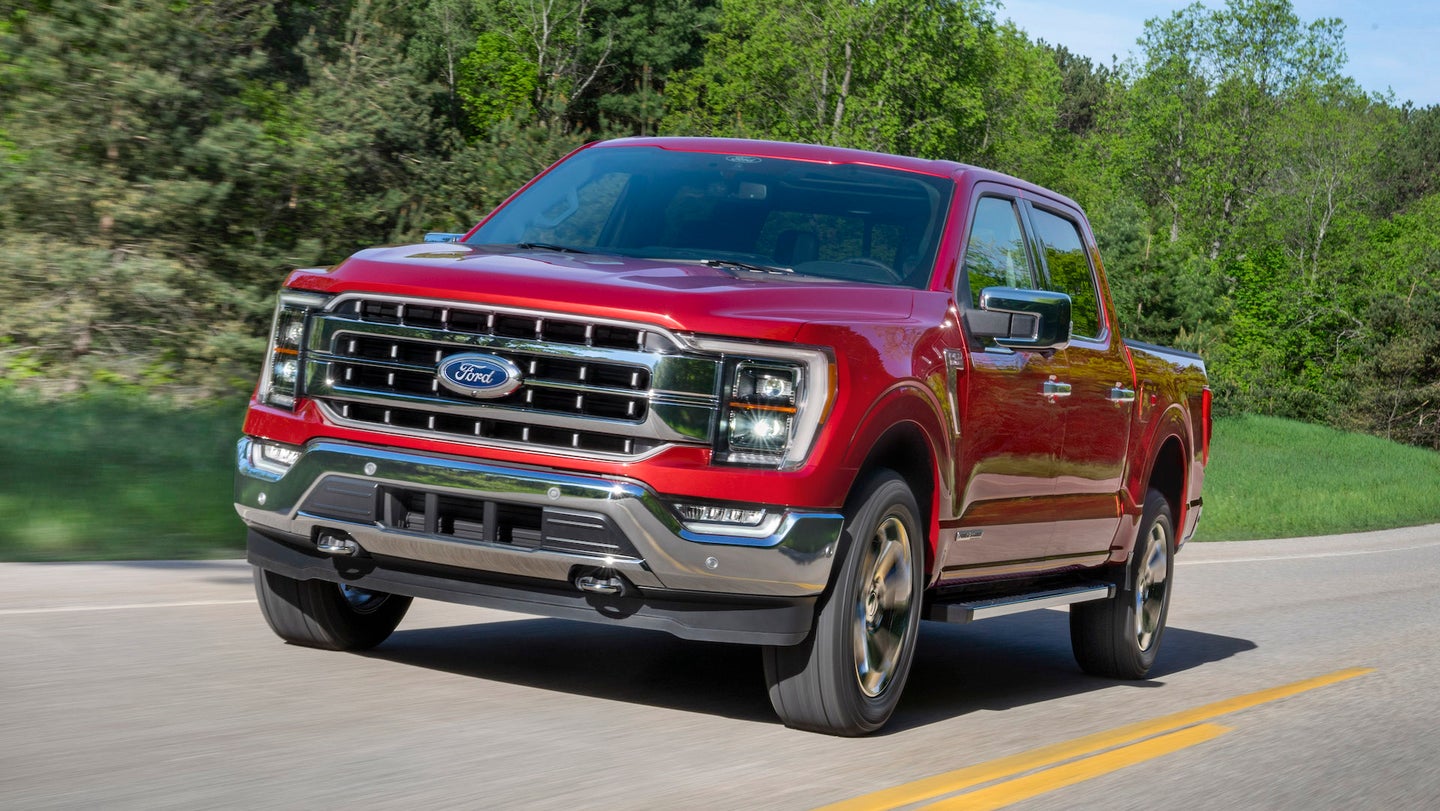 If all you want from life is a new, factory-backed, 700-horsepower pickup truck but the Ford tattoo on your chest prohibits you from buying a Ram 1500 TRX, worry no more because Ford Performance will be offering a new supercharger kit for the 2021 F-150 that takes the truck to Hellcat territory.

Revealed at SEMA and detailed by Ford Authority, Ford's Whipple-sourced supercharger kit lets the F-150's 5.0-liter Coyote V8 produce a whopping 700 hp and 590 pound-feet of torque, up from the stock 400 hp and 410 pound-feet.

Granted, premium fuel is required to produce those numbers (the stock F-150 only requires regular) but the supercharger apparently lets the truck hit 60 mph in less than five seconds. Reportedly created to accommodate the new F-150's cylinder deactivation feature, the supercharger is said to be CARB-legal in 50 states once it goes on sale.

The kit comes with an intercooler, air inlet, the required hardware, as well as a supercharger warranty of three years or 30,000 miles if installed by a Ford dealership. Official pricing has yet to be announced but the equivalent kit for last year's F-150 is listed for $7,800 and is good for 650 total hp. Ford Authority says to expect to pay another $2,000 to $3,000 for installation.

The kit can only be installed on V8-powered F-150s, obviously, ruling out the new and cool-looking Tremor trim. And, of course, the Raptor. So if you want a 700-hp off-roader, you'll have to do those mods independently.