It didn’t make the same splash as his Corvette or Boss Mustang designs, but Larry Shinoda’s RV stands the test of time all the same. 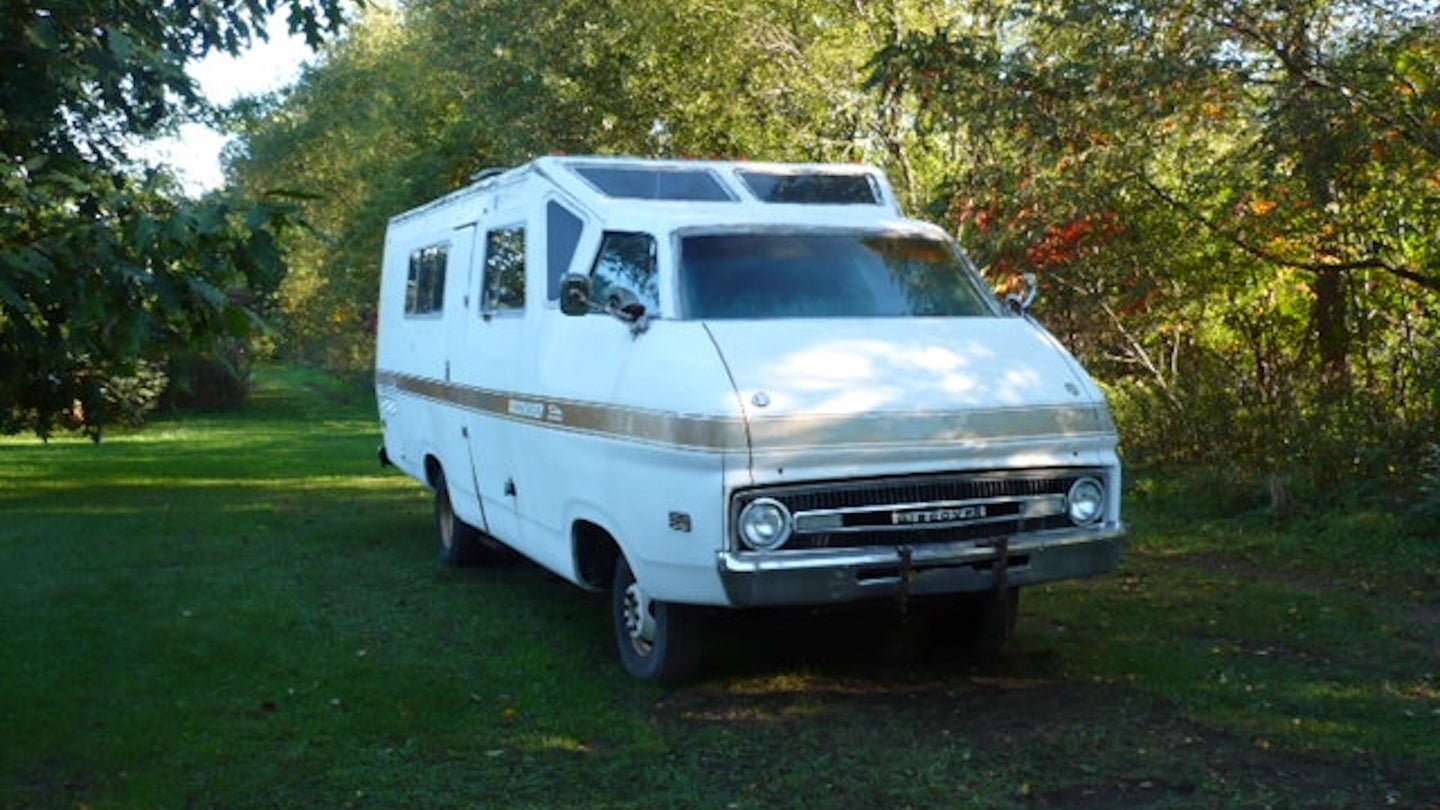 Larry Shinoda penned some of the most iconic cars in American history, from the C2 and C3 Chevrolet Corvettes to Ford's original Boss 302 Mustang. One design few know him for, though, was a strange-looking but cutting-edge RV called the Rectrans Discoverer, which looked like something George Lucas might've driven.

Shinoda's goal for the Discoverer, according to an eBay Motors blog post, was to achieve 10 miles per gallon—a fairly average figure for a modern Class A motorhome, though you can imagine how lofty a goal that was in the early 1970s. To that end, he let a wind tunnel shape the design—apparently a first for RVs—before plopping it down on a Dodge M-300 heavy-duty truck frame per Bangshift. It was powered by a 413-cubic-inch Chrysler RB big-block V8 which, in some applications, produced up to 375 horsepower and 495 pound-feet of torque, allowing the apparently 10,000-pound Discoverer to scoot from zero to 60 mph in a not-so-shabby 11 seconds.

The Discoverer's slick fiberglass body came in at about 25 feet long and was entered by way of a single door halfway down its right side. It had swiveling front seats, a spacious living area, and like modern RVs, various floorplans, not to mention a seemingly solid selection of appliances—a stove, fridge, furnace, and generator. All these are installed in an example currently listed on Facebook Marketplace, which offers the chance to buy one of these aerodynamic oddities—provided you're looking for a project.

This 1971 Discoverer is said to have a good body and frame, plus a running engine, though its seller says it runs off a gas can (what's up with that, bad fuel pump?). Presumably due to a leak in its roof, however, the owner says its interior needs to be gutted, so this is a serious DIY job, and an even bigger one if its appliances (in unknown shape) don't work. If not, they might be swappable for examples from an included matching parts vehicle, offered without a title or a complete engine.

Neither would seem to be in prime shape, as both appear to have sat on the market for years. The eBay Motors post linked above features the same photos in today's ad, and that story was written more than four years ago. But if these Discoverers' rough shape doesn't dissuade you, then contact the seller and head on up to Bridgman, Michigan with $2,500 in hand and the mother of all trailers. There's always a price to getting the good stuff cheap—it just might not impact your wallet.