You'll find anything from whole cars to partial cars and parts of cars at this auction. 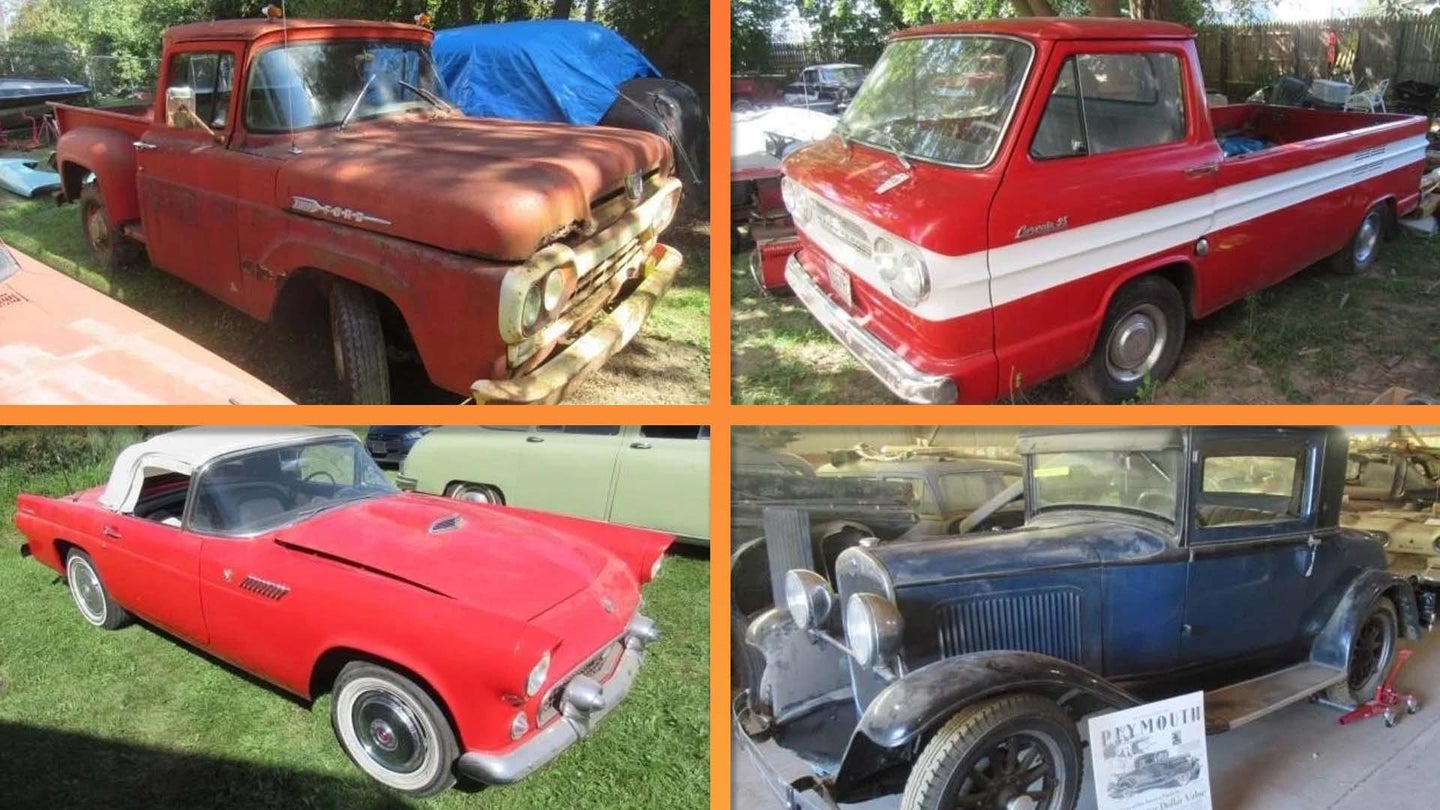 There's not much more exciting than a good classic car find. Mounds of rare and collectible vehicles sit tucked away from the public, and whether they're in a garage, sitting in a driveway under a tarp, or piled up in someone's backyard, they're begging for someone like us to find 'em.

Such is the case with a large collection in Michigan once owned by the late Stanley Paurazas. An upcoming estate sale packs decades of Americana which were stockpiled by Mr. Paurazas, and while the auctioneers don't outline how the collection came to be, it's definitely a sight to see for shadetree mechanics.

What's most interesting about the collection is that the vehicles' conditions range from fixer-upper to absolutely pristine. While some still have shiny paint and bright chrome plating, others are in various states of operation and repair. Some auction lot descriptions detail what the vehicles are missing—some, for example, need a whole new powertrain—while others qualify as a true, untouched "barn find."

Many of the vehicles appear to be in restorable shape. For example, the 1962 Chevy Corvair Loadside looks stunning from most angles, but the rear tailgate has suffered a bit of damage—and let's be honest, finding another won't be the easiest task in the world. Still, bidding for the Loadside is at $3,750 and climbing.

Other vehicles, like one of the two 1955 Plymouth Belvederes, are in a bit rougher shape with crumpled body panels indicative of an accident—that car has only commanded $57 so far. And, of course, there are the rides without titles. The listing for a beautiful 1948 Plymouth Deluxe says it has no title, though bidding has already reached $5,700 with time to spare.

The complete list of cars can be seen below: 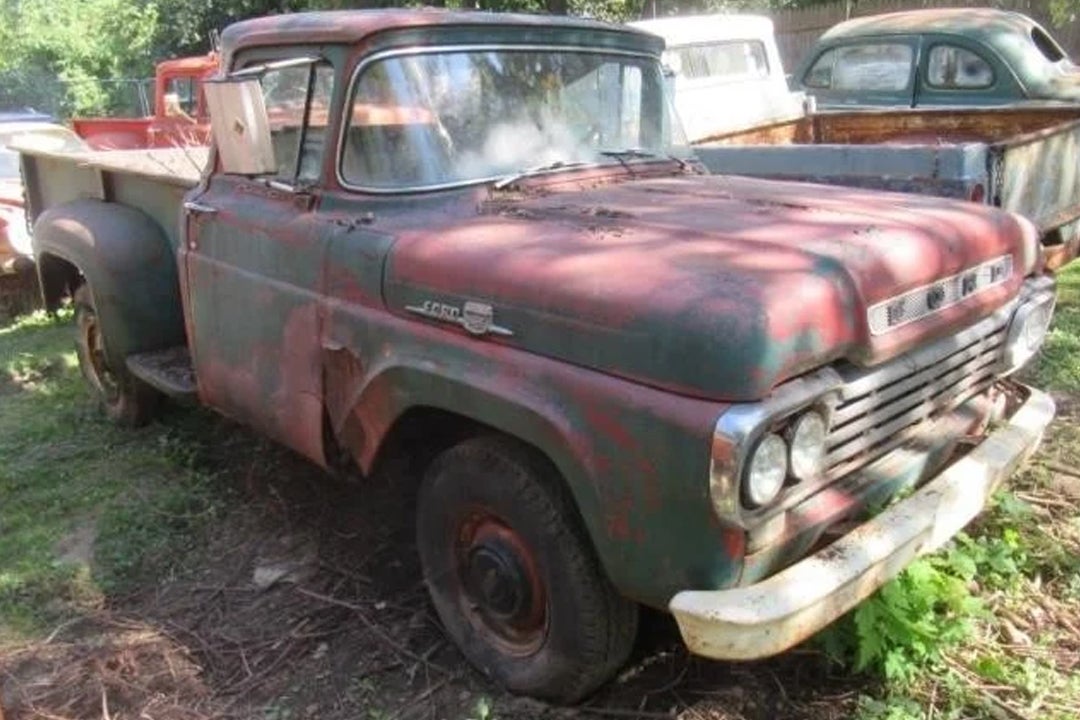 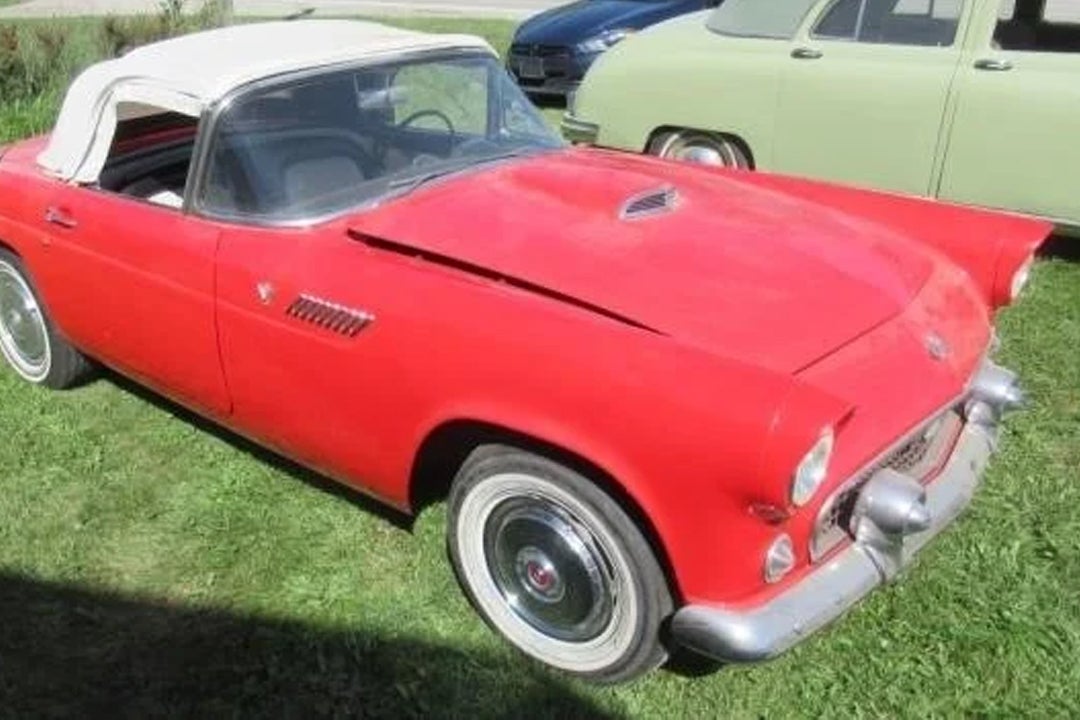 There are plenty of cars and trucks with no years listed, and some with no models or photos at all. A few examples are:

A number of vintage car parts are up for the taking, too. Some lots include bumpers and fenders from nearly century-old vehicles, steering columns, body parts, wheels, tires, axles, and some rare new old stock (NOS) parts. If you need old engines and transmissions, they've got 'em, some of which may pair or make a good backup for the rides they're being sold alongside.

There's also an enclosed trailer, a few boats, and more tools than you could shake a stick at.

At the time of writing, there's less than a day left to bid and luckily, quite a few of the lots are still affordable. To top things off, there's a number of misspellings and incomplete listings that don't include a year or model, meaning you might be able to find a screaming deal on your dream car that no one else knows much about.