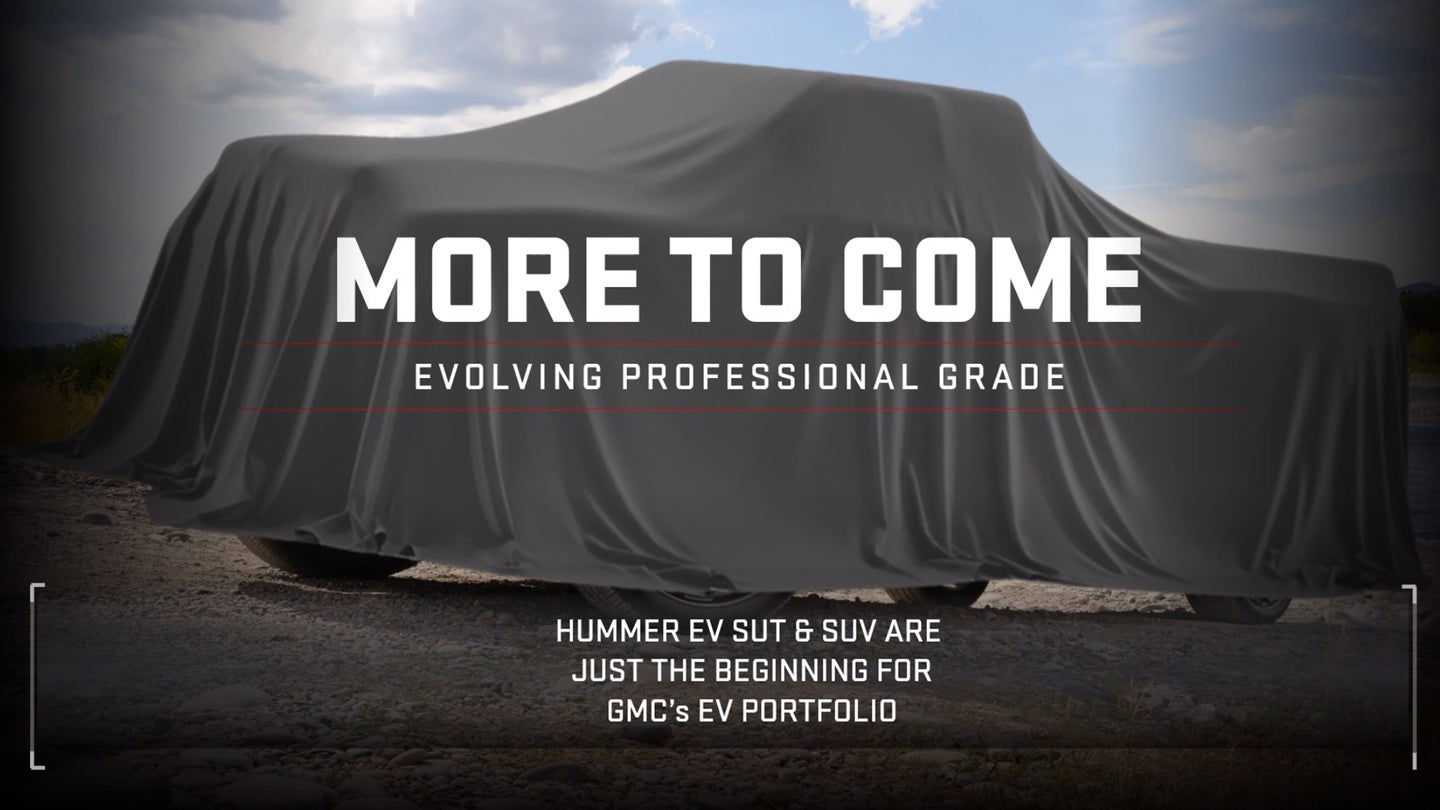 GMC dealers throughout the U.S. are waiting on the all-new Hummer EV to hit their lots, but that's only the first electric truck it will eventually offer to consumers, as a second model is already in the works, confirmed GM's premium truck-maker Monday night.

GMC will become the latest brand to offer an all-electric option in the growing electrified pickup market, following in the footsteps of its sister brand Chevrolet and other veteran automakers like Ford and Ram.

What GMC hasn't yet done is give the new pickup truck a name. A company executive confirmed that the offering is destined for the full-size market, meaning that it will be similar in size to the Sierra. However, the brand isn't set on whether or not it will fall under the Sierra nameplate, or if it will take on a badge of its own.

The pickup will draw its technologies from the upcoming Hummer EV, which GMC says showcases everything the brand's parent, General Motors, knows how to do. Whether that includes the Hummer's 350-mile range, 3.0-second zero-to-60 time, or its scale-tipping 9,046-pound weight, is yet to be seen. What we do know is that GMC doesn't intend to compete with the Hummer from an off-road perspective, though.

According to GMC, tech has become a staple of the brand, and it's attracted a number of younger, more affluent buyers who are seemingly interested in upscale and tech-heavy features: the Head-Up Display and Multi-Pro tailgate (which was only recently slotted into the Silverado lineup) just to name two.

GMC didn't specify where the unnamed truck would be built. Speculation would point at GM's new purpose-built EV assembly facility, Factory Zero (located at the former site of the Detroit-Hamtramck plant), as the Hummer EV and future battery-powered Silverado pickup are set to be produced.

As for timing and pricing, that too is a mystery. Company executives confirmed that the vehicle is "pretty advanced" in the planning stages despite not yet being named. GMC did note that it is considering a pickup that is more premium and more capable than any existing vehicle in its lineup, though it's unclear if this battery-powered pickup fits that bill.

They’ll still be small, Smart says, but by what measure?