The nation is taking public shaming to a new level to stop jaywalking offenders. 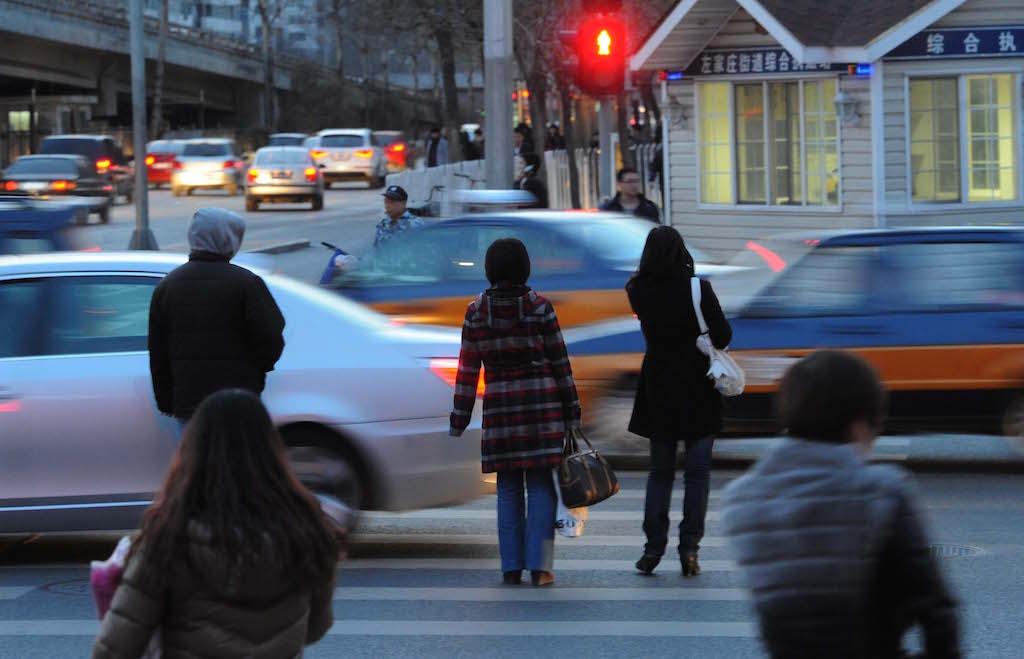 The government in Hubei province in central China has been working to deter jaywalking by spaying pedestrians. Knee-high yellow poles that emit a mist of water when anyone attempts to cross against a red light have been installed at curbs across the province. When spraying, a recorded message says, “The light’s red, please do not cross the street." "It’s dangerous” also plays, according to ABC News. The water in the poles is changed daily and kept at 78 degrees Fahrenheit.

This new system cost the Hubei government the equivalent of $207,000. It also uses facial recognition technology and takes pictures of the jaywalkers. Photos are then displayed, along with people’s names, on large LED displays on the street.

Jaywalking is an issue throughout China and the country is thinking creatively in order to condition pedestrians to abide by traffic laws. The southern city of Shenzhen launched 40 units of “electronic police,” which are simply cameras with artificial intelligence that can identify jaywalkers.

According to Newsweek, just like in Hubei, in Shenzhen, the “electronic police” then display jaywalkers’ identities on large LED screens at major intersections. Plans are now in place to link the current system with cellular technology so that offenders will also be sent a text message with a fine as soon as they are caught crossing the roads against traffic lights.

Intellifusion, a Shenzhen-based Artificial Intelligence company, is working with social media platforms like WeChat and Weibo along with local cellphone carries to develop the technology.