The Science of Silence Inside the Electric GMC Hummer

To save weight, Bose is working with GM to employ active noise management instead of traditional, physical cabin insulation in places. 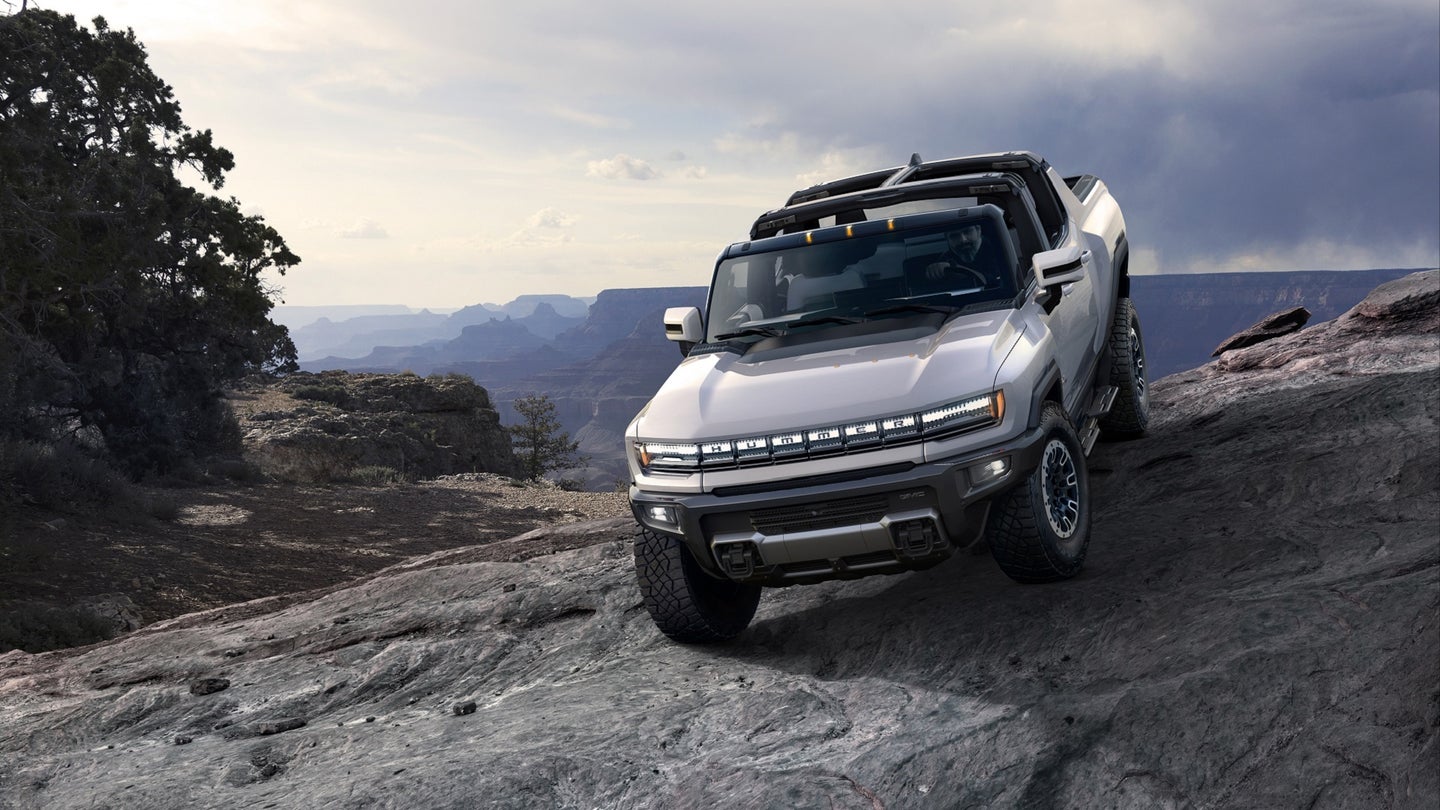 Driving is a multi-sensory experience that engages vision, hearing, touch, and even smell; if you’re in a new car, you’ll notice that fresh-off-the-showroom scent. The only sense you should not engage is taste, because nobody wants to catch you licking your car, no matter how much you love it.

Sounds inside a vehicle, in particular, affect your whole body. Too much bass on the audio system will make your teeth rattle and too little insulation will result in the same. The upcoming all-electric GMC Hummer has employed active sound management that uses digital signals to counteract unpleasant sounds during your drive, which will presumably keep the Watts to Freedom mode from sounding like something that elicits the other WTF.

Like tweaking the strings of a guitar, audio engineers working in the automotive space use high-tech tuning tools to adjust the sound. It’s way beyond how many speakers are in the vehicle or how many watts the system puts out, although that factors into play. Traditional insulation and bodywork to manage noise adds heft; this technology saves it.

GM is working with Bose to tune its Hummer sounds. Bose says the science of masking noise is different than cancelling it (in the way its headphones do when you’re on a plane and don’t want to hear the yelling kids or the obnoxious person on their phone near you). Noise masking works with how your brain perceives sound by introducing another sound at the same time to cover the noise.

If you remember sine and cosine wave graphs from high school math class, imagine the hills and valleys of opposing sound waves in the same way. Engineers use a software algorithm to combine sound enhancement with noise masking by finding a frequency that emits a counteracting tone. That way you don’t have to scream out a conversation when you’re in the vehicle, nor does the pitch of the in-car sounds leave you with ringing in your ears.

Making it work is a bigger challenge inside the space of a car cabin than inside tiny headphones. When it comes to vehicles, engineers are dealing with more space, and it becomes a challenge to precisely cancel out those frequencies.

“This turns out to be very effective because of the way different sounds combine in our inner ears; a constant, steady sound at just the right frequencies can make an irregular, distracting sound less perceptible to your brain,” the Bose site explains.

A few months ago, I asked you all if you’d be interested in an all-EV racing event. Many of you turned up your nose, saying that without the sounds and smells of a traditional engine setup, you’re not going.

“There’s always going to be a desire for that traditional sound and smell but you’ll see new ways to create those experiences in the cabin,” Bose’s Kevin Doak told me. “You’ll see later this year with the Hummer; we helped them create an entirely new acoustic environment in the Hummer in different driving modes.”

Doak says that the noises made during the Hummer EV’s WTF mode will sound different from anything we’ve heard before.

“We’ve been working in active sound management for about a decade but now it’s a more significant part of our business,” he says. “Now we can apply some of that tech strategically and surgically to knock down some frequencies.”

Hearing is believing, in this case, and I'm ready for a test drive to find out.

The GMC Hummer EV Will Have Legit Trailer Towing Tech

Better yet, it all comes standard on the Edition 1. We’ll just have to see how towing affects that estimated 350-mile driving range.

GMC is ditching in-house software, maybe for the better.