This looks to be the beginning of a long and messy legal fight. 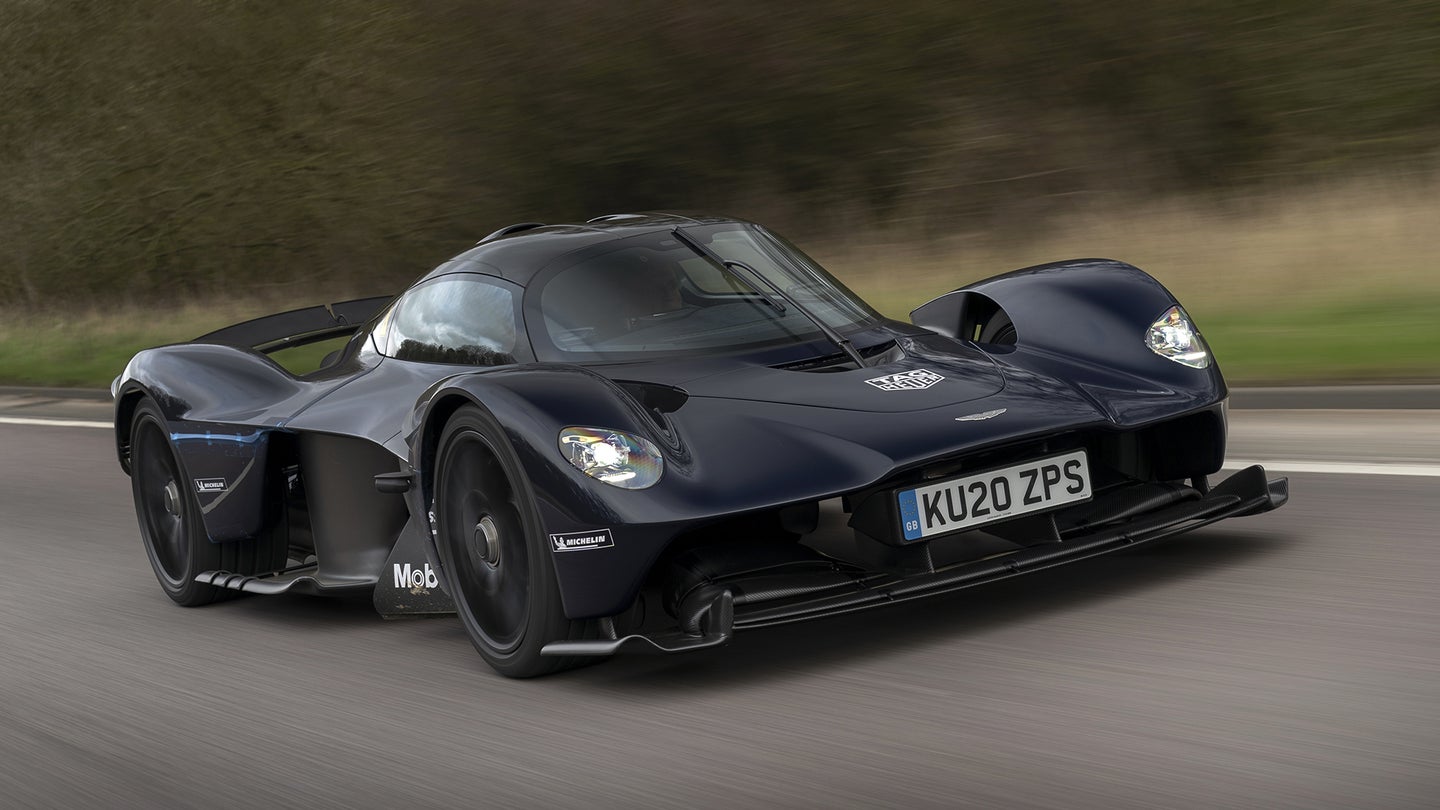 Aston Martin Lagonda has filed suit against a company with ties to a Swiss car dealership that helped finance the development of its multi-million-dollar Aston Martin Valkyrie hypercar, according to the Financial Times.

According to the report, the automaker claimed on Tuesday that it had begun legal proceedings against Nebula Project AG, alleging that the business failed to pass on customer deposits meant for the F1-inspired car, which will cost Aston Martin as much as $21 Million (15 million British Pounds).

Aston says that on top of the lawsuit, it has also terminated a rather unusual business agreement that it had penned with Nebula in 2016 when the company was hurting for cash. The agreement claimed Aston would deliver just 3,229 vehicles by year's end and CEO Andy Palmer—who had been at the helm for two years at this point—was attempting to steer the company in a different direction to avoid an eighth bankruptcy filing in the company's century-long history.

Per the agreement, Nebula would reportedly fund the development of the Valkyrie and other mid-engine cars (namely the Valhalla and Vanquish) with the expectation that it would receive royalty payments. Aston's termination of the agreement would mean that the automaker would no longer be responsible for such payments—something which the company believes will end up being a positive note.

"The financial impact of not having received all the deposited funds is expected to be outweighed by the benefit from the termination of the Nebula agreement and associated potential royalty payments,” read an official statement by Aston Martin.

Aston Martin also said that it cut ties with another Swiss company, AF Cars AG, which runs an Aston Martin dealership in St. Gallen, Switzerland. The dealership, which is overseen by board members of Nebula, is accused of selling cars in breach of existing dealership agreements. Meanwhile, Nebula maintains the position that the company's contract stoppage is unjustified:

"We consider Aston Martin's alleged unilateral termination of the contractual relationship with Nebula Project AG as illegitimate and unjustified and are prepared to pursue the necessary steps to preserve our rights," said Nebula's directors in a statement according to FT.

Aston's history is peppered with rocky financial kerfuffles that have been a struggle for the company to spin in a positive light. In 2018, Aston Martin became a publicly-traded company, in part as an attempt to raise funds so it would not need to seek additional money from outside sources to continue investing in its projects. However, this backfired after the company's shares collapsed, resulting in a 94 percent devaluation over the next two years before billionaire and Formula One team owner Lawrence Stroll bailed it out in 2020 with a rescue deal worth $657 million.

Since the announcement of the lawsuit, Aston's stock declined roughly 3.6 percent. The company has attempted to wrangle investor's confidence by noting that despite its anticipated $21 million (15 million British pounds) hit from the missing payments, it still plans to meet year-end financial expectations.

Aston also assures Valkyrie buyers that it will honor the terms of its sales agreement despite the missing deposits. Deliveries of the $3.5 million hypercar are expected to begin in September of this year.