In the wake of controversies around Autopilot use and inattentive drivers, it appears the automaker is instituting a change. 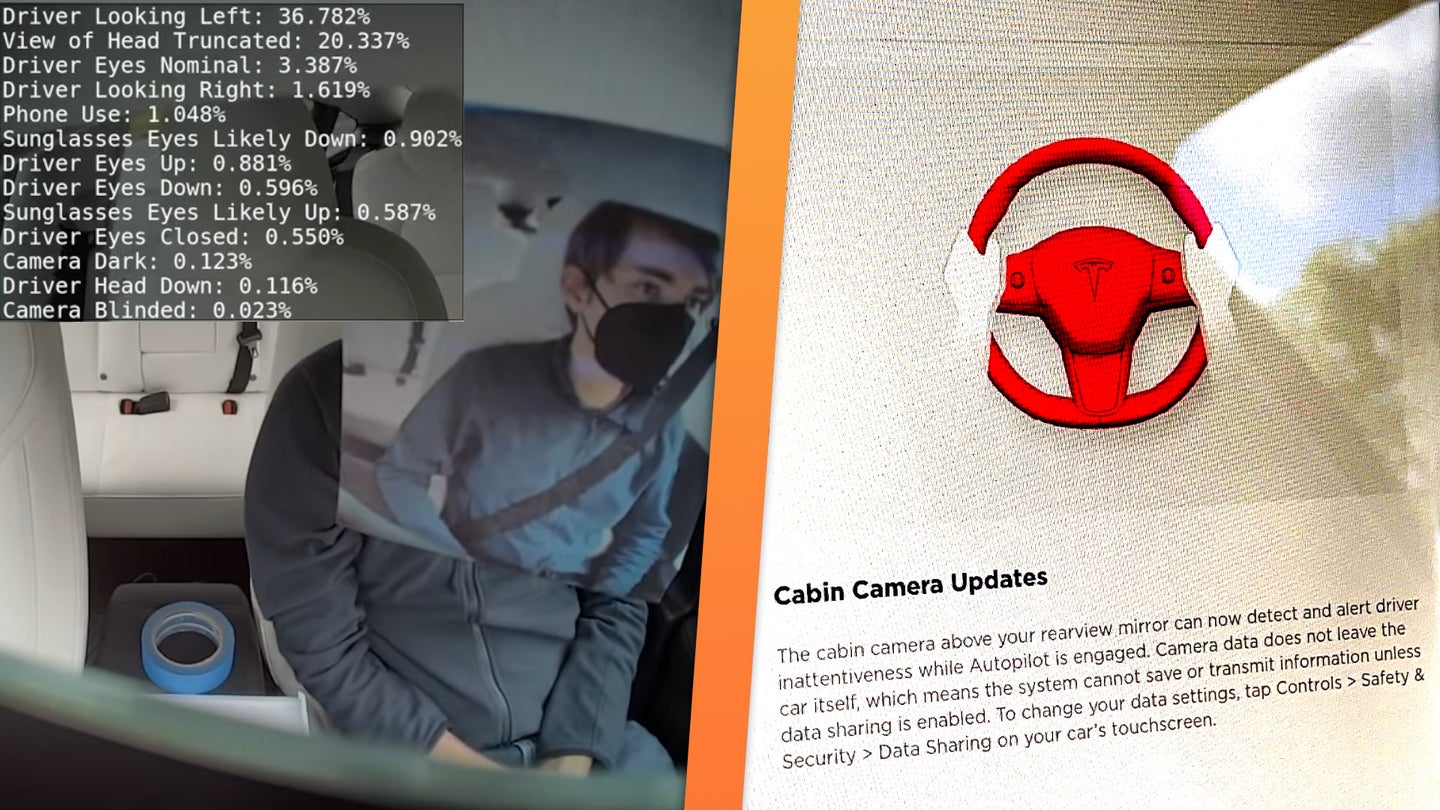 Tesla's Autopilot system has been subject to heavy criticism this year. Multiple fatal crashes have occurred using the system, both in typical use and in cases where users have intentionally ignored requirements to remain in control of the car. Others have taken pride in the fact that they can outsmart Tesla's monitoring systems, riding in their cars from the backseat with Autopilot engaged. It's a situation that has left many outraged at the automaker for not doing more to ensure drivers are paying attention.

That may be about to change, based on tweets showing the configuration screen of one of Tesla's latest models. Notably, the images detail the operation of the driver monitoring system. Mounted above the rear view mirror, the cabin camera is reportedly now able to "detect and alert inattentiveness when Autopilot is engaged." Thus far, Tesla cabin cameras have primarily been used for recording in the event of emergency braking events, or blocking users from beta testing the company's self-driving software for being too inattentive out on the road. Using the camera for live attention checks during Autopilot use is a big move towards enforcing driver attentiveness. Some hope the change will allow Tesla to phase out the current system of requiring drivers to hold and move the steering wheel to keep the system engaged.

The company has also attempted to allay fears around privacy; the software notes that "the system cannot save or transmit information unless data sharing is enabled." However, salvaged Teslas have proven to hold compromising personal data and video in the past. Customers could be forgiven for being wary of the system in light of such examples.

Other automakers have already been using such systems for some time; GM's Super Cruise in particular allows hands free driving as long as the eye tracking system detects the user is paying attention to the road. Tesla themselves famously decided to ignore driver tracking systems back in 2018, despite the wishes of some of its own engineers. The decision marks a 180-degree turn in the company's position, and one that has already agitated some customers.

Interestingly, YouTuber greentheonly has been experimenting with a development version of Tesla's driver monitoring camera for some months now. It shows the system is capable of determining where the driver is looking, to a decent degree of certainty in favorable conditions. Their findings also indicate that the early version of the system can easily be fooled by a still photo taped up near the cabin camera. Notably, without any form of illumination in the cabin, the camera can struggle to function at night when conditions are dark.

The switch to using the cabin camera for driver monitoring will likely be a gradual one, with Tesla slowly propagating the software updates out into the wild. Of course, in some cars, such as the Model S and Model X built prior to 2021, no cabin camera is present, and thus such monitoring will not be possible. It's an important thing to remember, given that Tesla have long touted their cars as having "Full Self Driving" hardware on board for users that specify the correct options package. The reality is, existing Tesla vehicles cannot be called self driving cars.

Driver monitoring is something that will divide the Tesla fanbase. Some will appreciate the added peace of mind, while some will enjoy no longer having to hold the wheel if that feature comes in down the line. Others will resent being monitored at all, or the fact that the checks and balances in the system are now harder to defeat. Overall, though, it has to be seen as a benefit for everyone else on the road, who can breathe easier knowing there'll be a few less maniacs sitting in the back of a electric car with nobody at the wheel.