You can go really deep into carburetor design, but a basic unit is very simple to make. 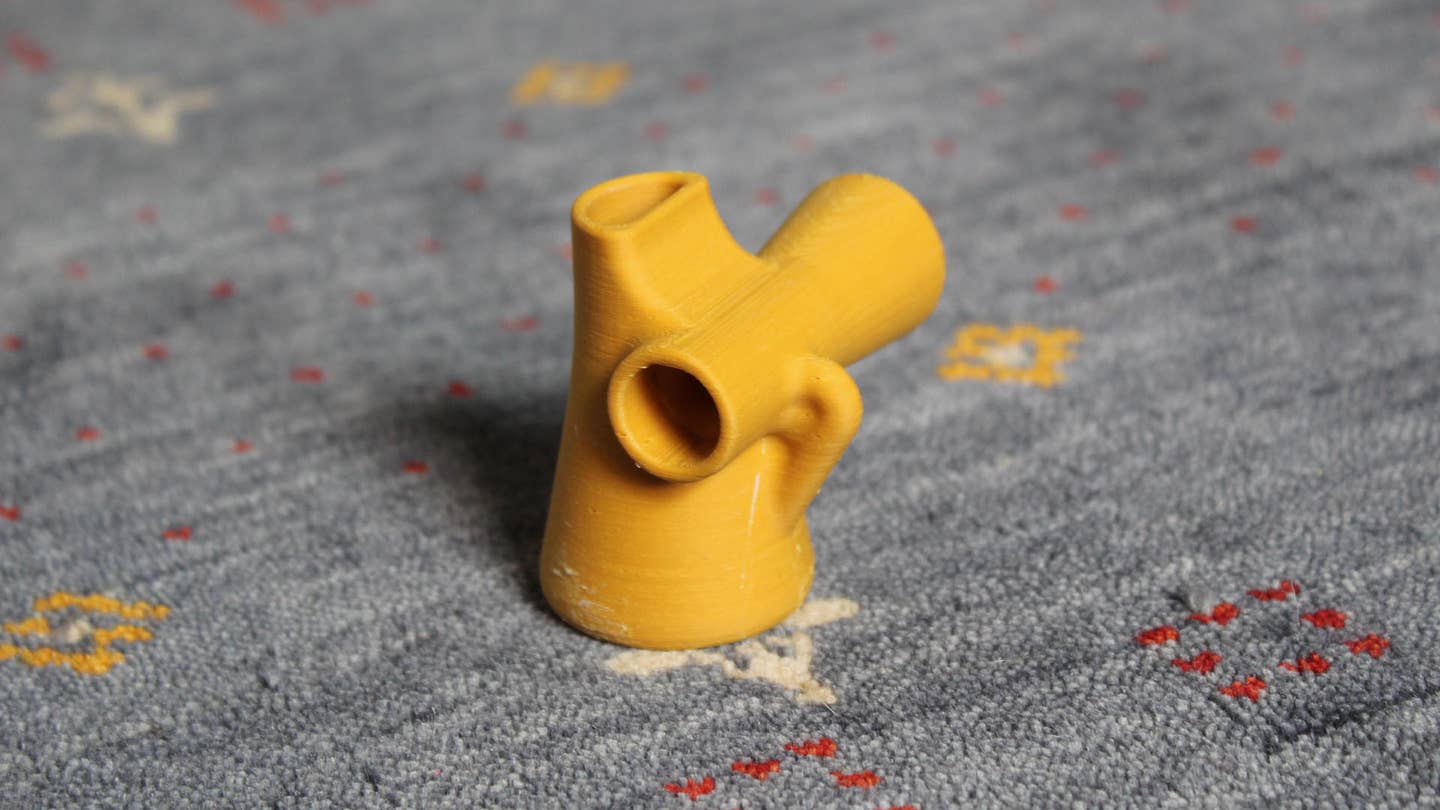 Carburetors may seem like a big mystery to a lot of people, and that makes sense. The sorts still used on cars almost exclusively in the aftermarket scene can appear complex, covered in linkages, springs, valves, and diaphragms. At their core, though, carburetors are actually very simple. All they are is a venturi that causes a low-pressure zone in the intake which draws fuel from a "bowl" on the carburetor itself. They eventually became much more complicated than that so they could work better in a variety of different situations, but that's the basic idea.

You can make a rudimentary carburetor out of nearly anything within reason, but 3D-printing simple ones just to experiment with is a lot of fun. I made one a while ago and I figured I'd show just how easy it is.

Now, this was one of the first prints I did when I got my printer, and as such my settings weren't dialed in and I was using PLA, which isn't a super capable filament in its most basic form. It's typically plant-based and it begins to soften at temperatures unacceptable for almost anything useful in an automotive context. However, it got the job done here, holding water fine without leaking through the print seams.

My carburetor is missing a bunch of things you're used to seeing on a regular automotive unit. I didn't bother adding a throttle blade, more than one barrel, a way to mount it, or anything complicated like a needle and seat or a float. All mine consists of is a bowl that forms the base of the carb, a venturi tube about the right size to hook up to my electric duster so I could blow a bunch of air through it, and a pickup tube that runs from the bottom of the bowl to right in the middle of the throat of the venturi. It has no moving parts, but it still works. I'm not sure if I would want to hook it up to an engine, but sure enough, it actually atomizes water really well. No, I wasn't spraying gasoline around my apartment.

In its current form, it's sort of useless, but 3D printing opens up so many avenues for experimenting with this sort of thing. I'm certain that with enough tuning, the right 3D printer, and the right filament, you could make a fully functioning automotive carburetor. Even once you start adding accessories to the carb like an accelerator pump or a proper float bowl or places to thread in jets, it doesn't get that much trickier. 3D printing is very well suited to iterating and prototyping anyway, so any mistakes or improvements can happen quickly.

I don't have any place to put a small engine now—let alone test it—but once I do it would definitely be fun to get a motor from Harbor Freight and try to make a more complex design. There really isn't much to lose, and there's so much to learn just by experimenting.