Ever wonder why some race cars don’t need to clutch when they shift? Watch this. 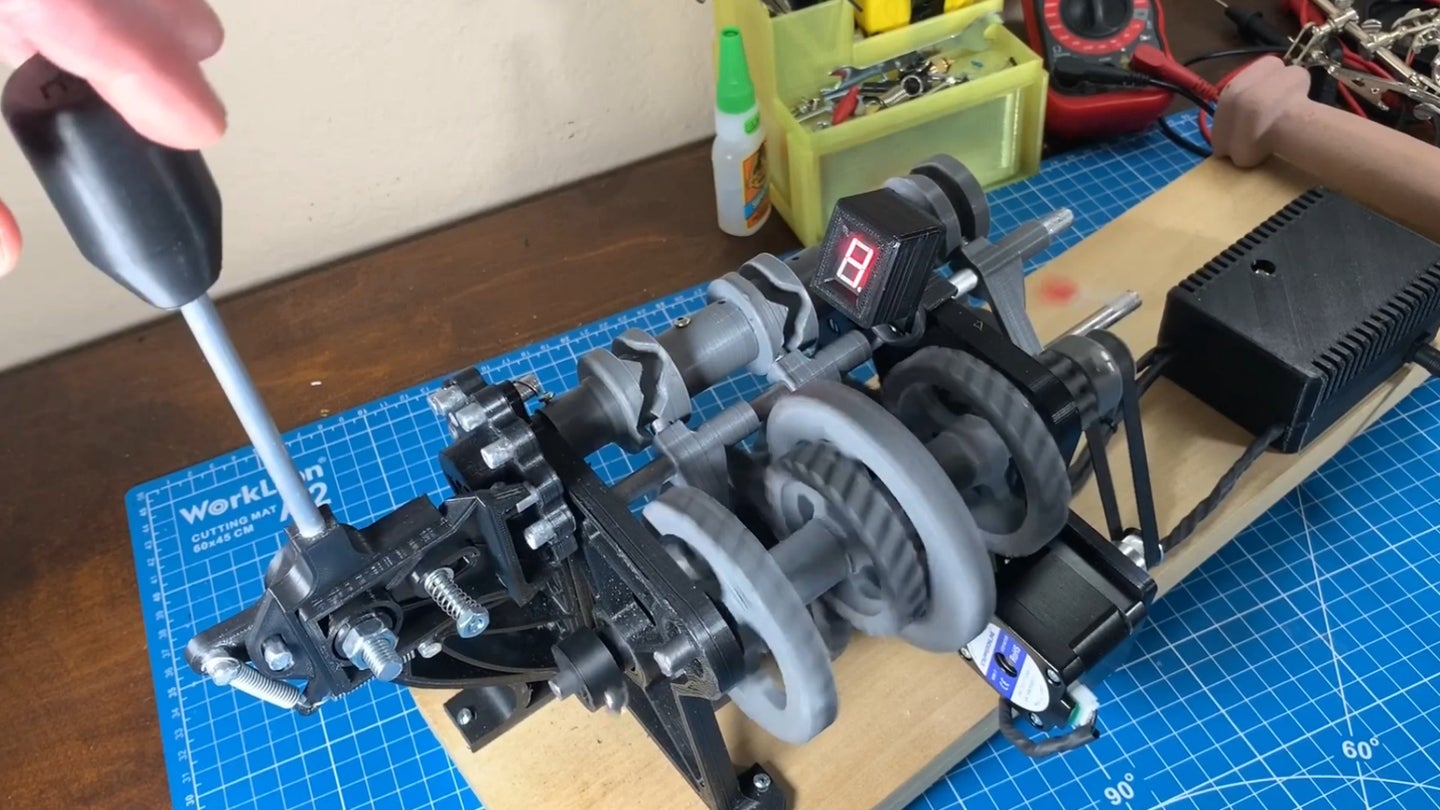 Transmissions, especially automatic transmissions, can be a little bit difficult to understand sometimes. There are valve bodies, brand brakes, selector forks—it's all a bunch of jargon that often describes something that's actually pretty straightforward. It's hard to understand when it's all packed inside a metal box, but thanks to 3D printing, seeing all of these parts in action has never been easier.

And to be fair, the sort of sequential "dog box" seen in this great YouTube video is one of the more straightforward designs for transmissions. It uses a barrel cam, a reasonably simple shift mechanism, and dog clutches to control the power flow. If you don't know what a dog clutch is, it's basically just a really rough set of interlocking lugs that can take a lot of abuse. They replace the more fragile, yet decidedly more pleasant synchromesh in heavy-duty transmissions, such as those found in race cars or older work trucks, like the International our Deputy News Editor Caleb drives.

This particular 3D-printed transmission is a four-speed, and it includes a reverse gear. You can see that almost the entirety of the machine is 3D-printed in PLA plastic, besides things like springs, shafts, and belts. And thanks to the fact that there's no case around it, we can see exactly how it works.

The barrel cam is basically just a mechanical program for how the shift forks—the part that carries around the dog clutches—are going to move. The shift selector rotates the cam a few degrees, which in turn pushes each fork in a different position, engaging the selected gearset via a dog clutch. One position will deselect first and simultaneously select second, the next deselects second and selects third, etc.

This sort of shift selection system is typically used on racing cars, as you can just push the shifter forwards or backward to quickly and mindlessly go up and down gears. A regular H-pattern shifter is more conventional when using a dog clutch on heavy trucks, however, as it allows for "double-clutching," a method that makes shifting with such a system less jarring—the dog clutches smashing into each other is not pleasant.

But this model doesn't have that issue due to its slow running speed, and it's just a plastic model. The creator of this transmission has also made an F1-style paddle-shifted gearbox, which is a bit more complex. It just goes to show you what you can do with some CAD skills and a little imagination.