A racing chassis with a V6 diesel packing 516 pound-feet of torque? Sign us up. 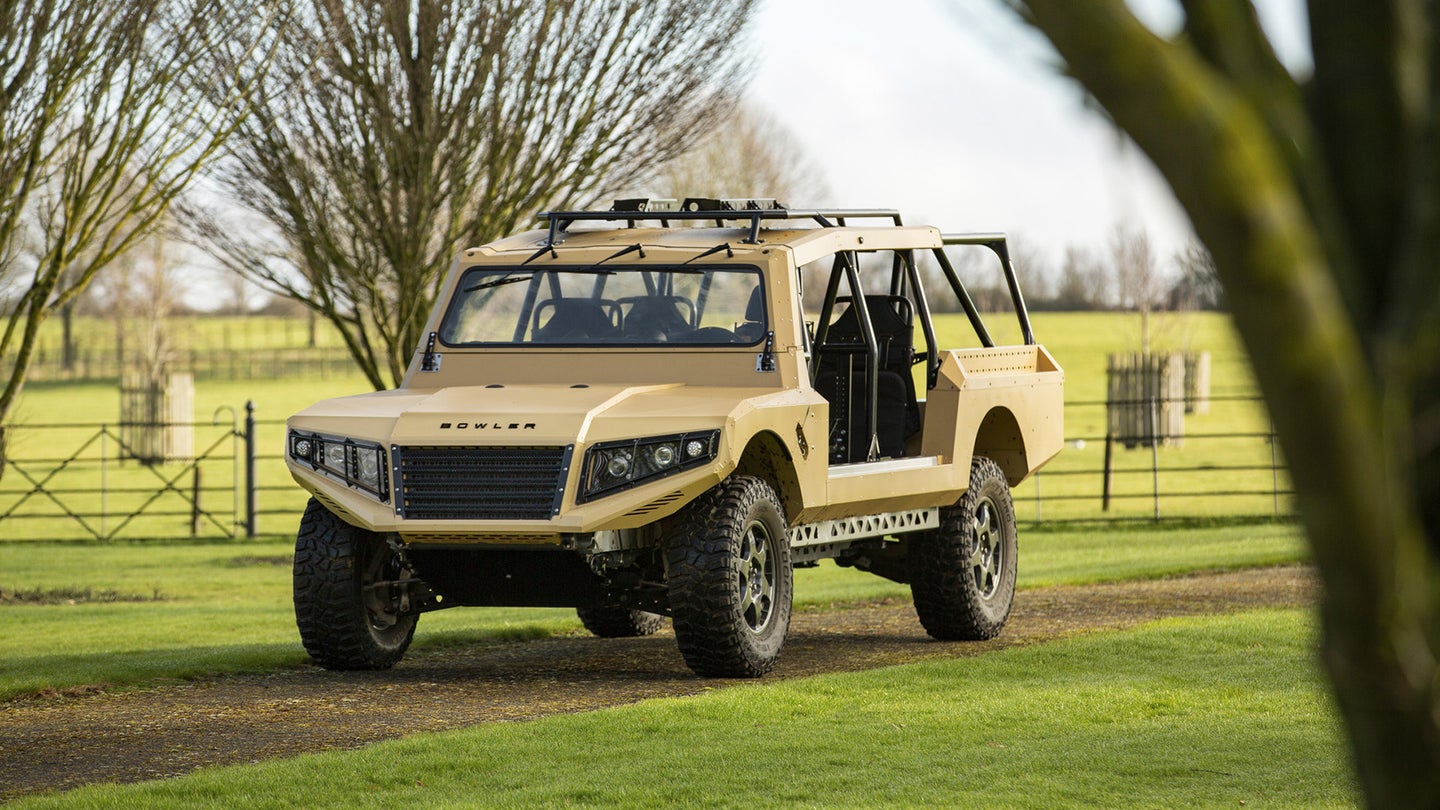 Two years before Jaguar Land Rover took over the company, off-road racing specialist Bowler sent its Rapid Intervention Vehicle (RIV) prototype to the 2017 Defence and Security Equipment International expo. Halfway between an extreme safari truck and a light utility vehicle ready for conflict zones, the RIV was built as a collaboration between Bowler and the U.K. Ministry of Defence. It showcased how Bowler's brand new Cross Sector Platform (CSP) could answer the call of a wide range of customers, starting with defense and emergency services.

Finished to military-grade standards, the Bowler RIV is powered by Land Rover's turbocharged V6 diesel tuned to 300 horsepower and 516 pound-feet of torque, sent through ZF's eight-speed automatic to an all-wheel-drive system with a two-speed transfer case. Thanks to its long-travel independent suspension and rigid spaceframe, once in low range, the RIV is pretty much as unstoppable as four-seater trucks can get. Switch the drivetrain back to high, and this prototype will show plenty of all-terrain speed as well because that's how they do things at Bowler.

With its riveted aluminum body and cleverly lightened chassis, the 2017 Bowler Rapid Intervention Vehicle is a modular vehicle with OEM JLR parts and a payload rating of 4,400 pounds. It is also rarer than Bowler's Bond-rated Spectre Defender pickups, or in fact any other racing truck they built around Land Rover's wildest powertrains.

Never registered for the road and maybe difficult to do so in certain countries due to its prototype nature, this now four-year-old military concept shows just 170 miles on its Motec digital instruments. Offered at no reserve, RM Sotheby's estimates this online-only unicorn item to fetch $90,000-$120,000, with collection from Chobham in the United Kingdom.

In case you're now wondering, yes, this is indeed a way better proposition than the U.S.-intended Lamborghini Cheetah was in the '70s. Good luck and, if you get it, please let us know when we at The Drive can go for a spin.

31 Years After Getting Stuck, This Sunken 1968 Land Rover Emerges Again From the Sand

Buried in 1990, the seaweed-enveloped chassis rears its wheels whenever the sands of Hayle shift.