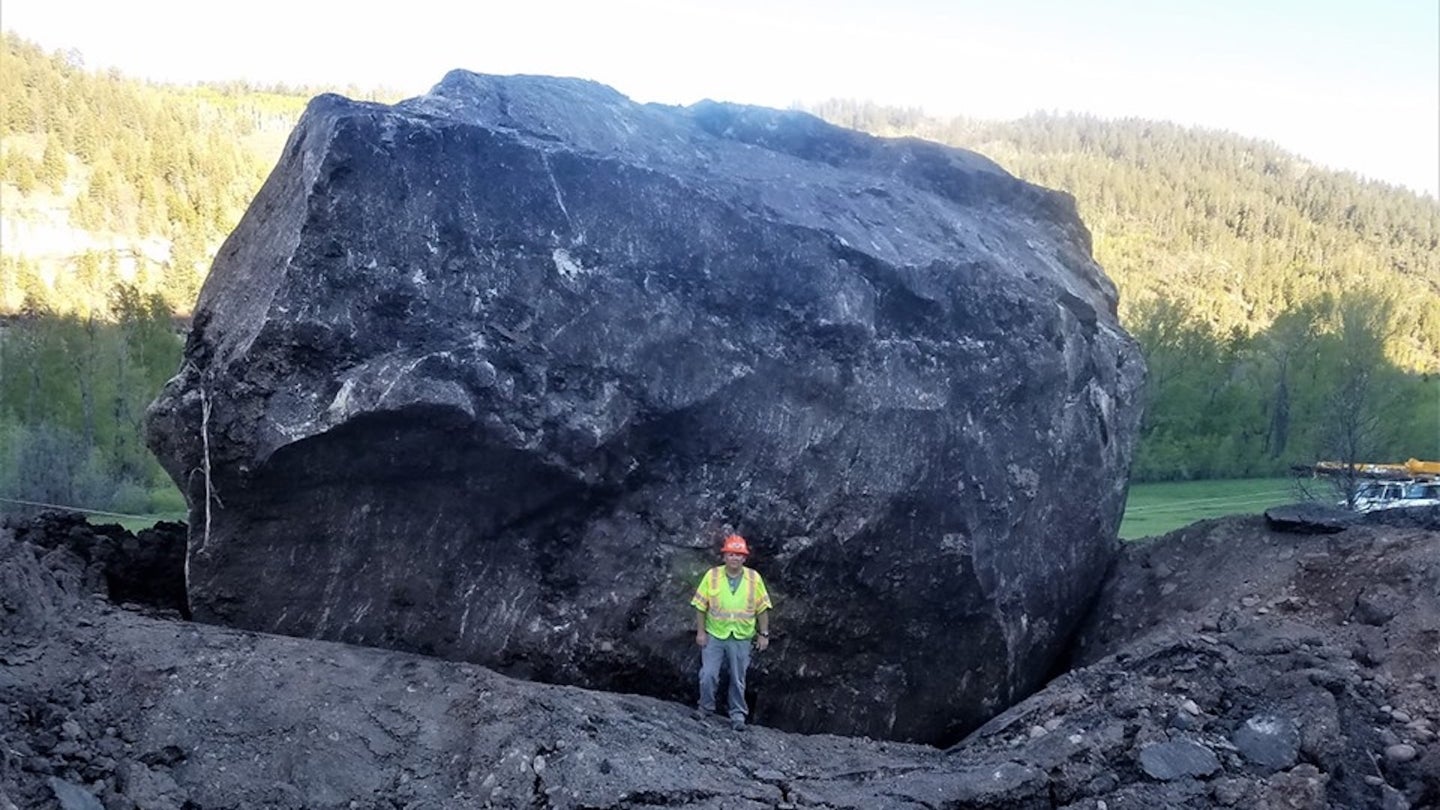 A colossal rockfall has forced the closure of a Colorado highway after more than 10 million pounds of rock tumbled down the side of a mountain and across the road.

The landslide occurred early Friday afternoon according to COtrip, blocking CO 145 between Dolores and Rico, Colorado. KDVR reports that the rockslide originated from a cliff face approximately 1,000 feet above the roadway, from which over 10 million pounds of rock was displaced, making this slide about the size of the one that closed Angeles Crest in February.

Two massive boulders estimated by The Denver Channel to be 8.5 million and 2.3 million pounds in weight rolled down the mountainside and across CO 145, taking with them additional dirt and rubble. The larger of the two stones carved an eight-foot door chasm in the tarmac, while the smaller came to a stop in said depression, blocking what little remained of the passable roadway. Officials say that CO 145 will remain impassable to through traffic for an "indefinite" amount of time, though they will construct a temporary, single-lane shoulder for locals only.

The Colorado Department of Transportation is expected to use blasting to bring the boulder blocking the road down to a more manageable size for removal.

Freeze-thaw cycles in the Rocky Mountains throughout winter and spring can crack or loosen rock formations via a process called "frost heaving." Water expands as it freezes, so the right mixture of wet soil can also expand as temperatures drop, causing tiny changes in the landscape that add up over a couple seasons. When spring arrives and ice stops holding rocks in place, they do as gravity bids them, and fall—hopefully not onto people. No injuries or deaths as a result of this slide have been reported, but the same can't always be said of road-engulfing natural disasters.

Built by Audi trainees, this go-anywhere TT is on display at this year’s Worthersee car meet.

A passerby was able to film the drivers, who appeared to be about 10 years old, but they were nowhere to be found by state troopers later on.