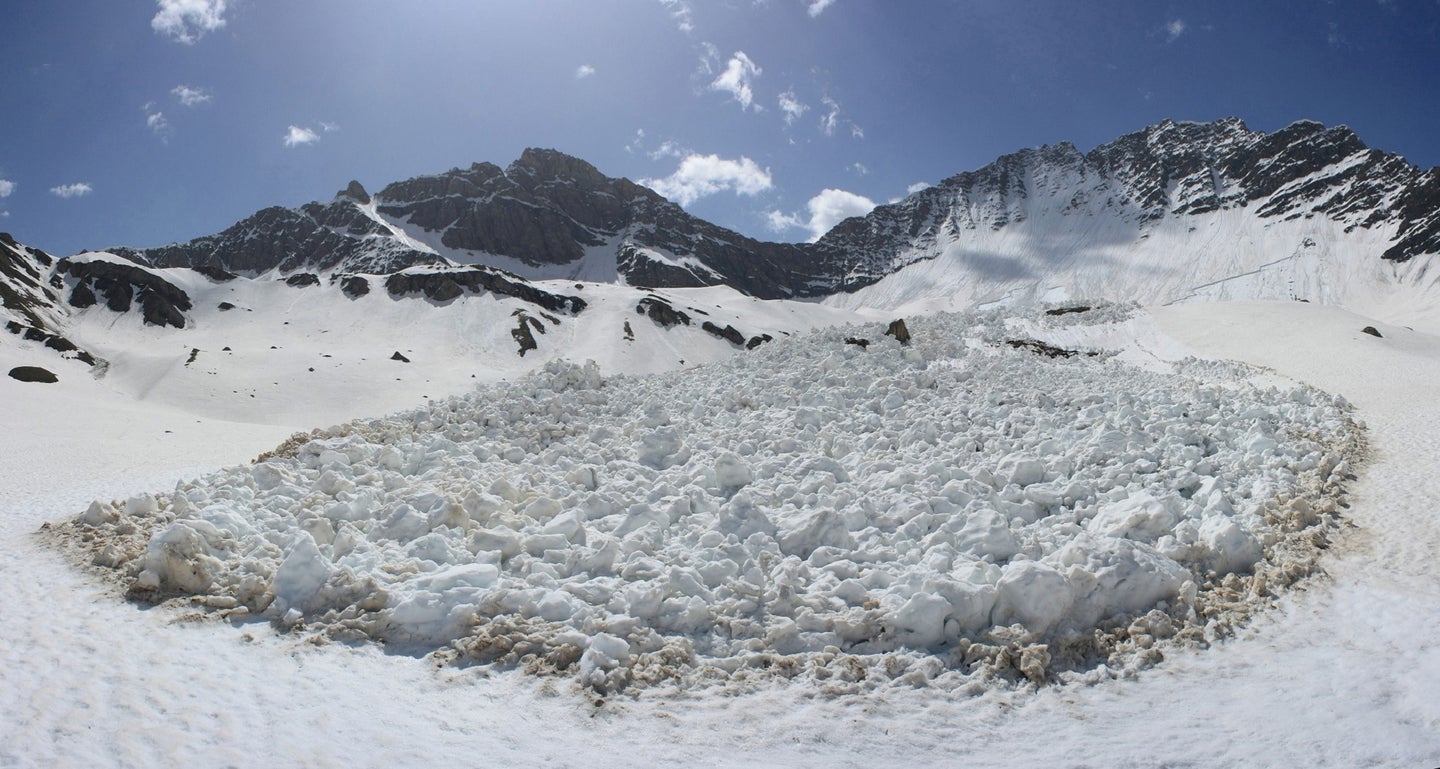 Here's a scenario straight out of a scary movie: stop and wait to see what happens or mash the throttle and try to outrun Mother Nature? That's what drivers on a Colorado highway had to do on Sunday when they spotted a massive avalanche making its way down Ten Mile Canyon along Interstate 70. Unfortunately for them, the avalanche was headed straight toward them.

Mobile phone footage shows the plume of snow swallowing everything it encounters while making its way down the hill, and some motorists remain largely unaware of the danger ahead. According to Fox 31, the video was recorded along a stretch of road between Frisco and Copper Mountain, and despite the footage showing a couple of cars disappear into the snow, no stranded vehicles or injuries were reported.

It's not uncommon to see slides this time of year, as Colorado's Department of Natural Resources oftentimes performs controlled slides to prevent surprise avalanches during winter months. However, the Colorado Department of Transportation told Fox 31 that this "was not a controlled slide," instead claiming that it was most definitely a "natural avalanche."

Jacob Easton was one of the unlucky few to be on the road at that very moment, and also the person responsible for capturing the whole thing on video. Easton claims that he was driving along with his dad when he noticed the rush of snow coming down the mountain and decided to pull over.