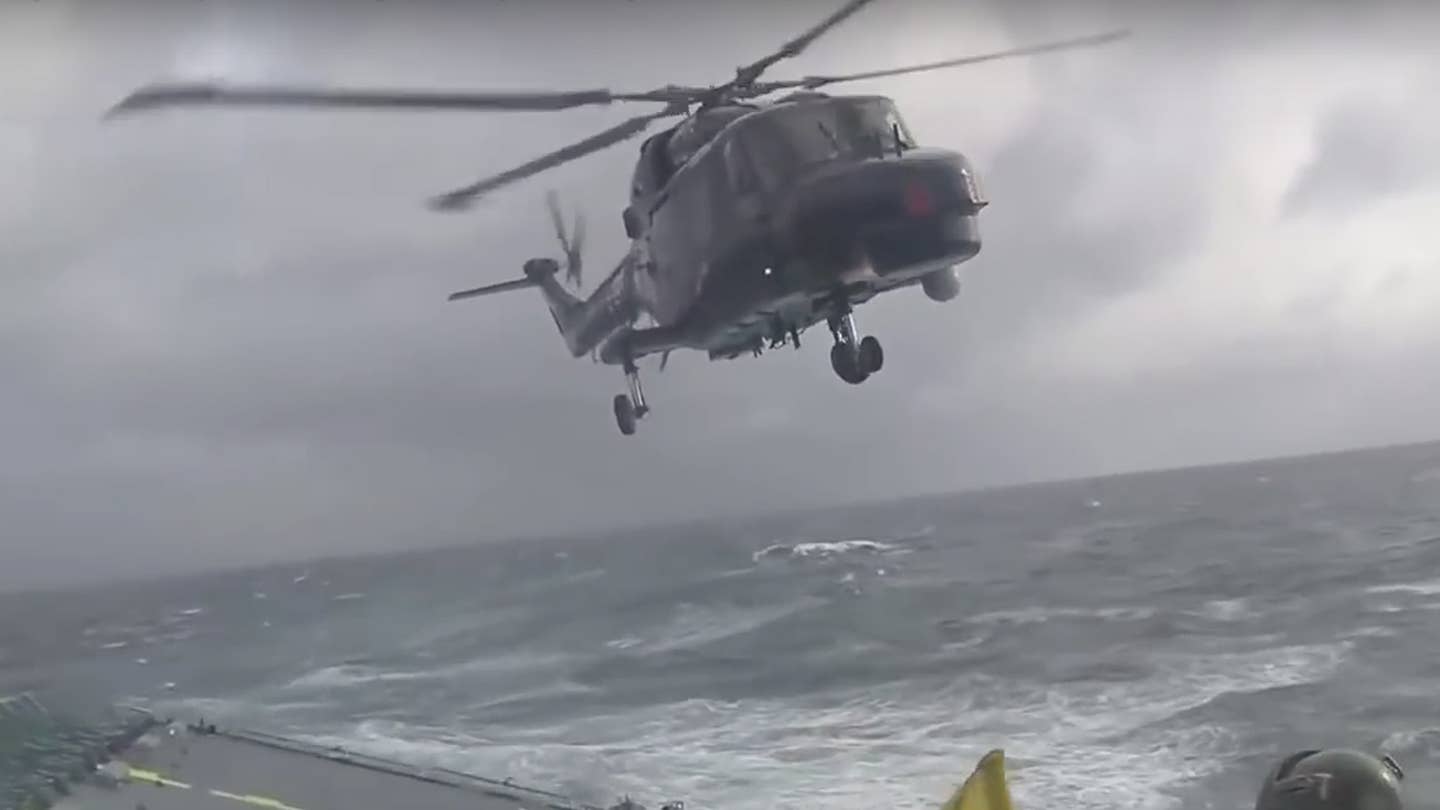 Heads up, dear reader: Watching this Royal Dutch Navy pilot gingerly descend onto the deck of the HDMS Ejnar Mikkelsen in severely rough seas is stressful enough to give you agita. Or, possibly, seasickness. But whatever the cause of gastrointetsinal distress may be, it's not severe enough to overwhelm the awe it's going to fill you with.

We've never flown a helicopter. (We don't have many friends who own them, and the ones who do laugh in our faces when we ask if we can borrow it.) But from everything we've heard and seen, it's a fairly involved process. Your feet are stuck pushing a pair of pedals that control the tail rotor. Your right hand is steering the bird with a tall control stick called the "cyclic." Your left hand has to make the bird rise or fall by pulling up or down on a lever called the "collective"—and it has to control the throttle by twisting the collective's grip. It's basically like playing a giant Bop It!, except if you lose, you fall out of the sky and die.

So just keep all that in mind while you watch this guy (or gal, we don't get a good look at him/her) plop several tons of Westland Lynx helicopter on the deck of a ship that's pitching worse than 50 Cent.