The half-size Superbird sits atop a go-kart chassis and is powered by an eight-horsepower lawnmower engine. 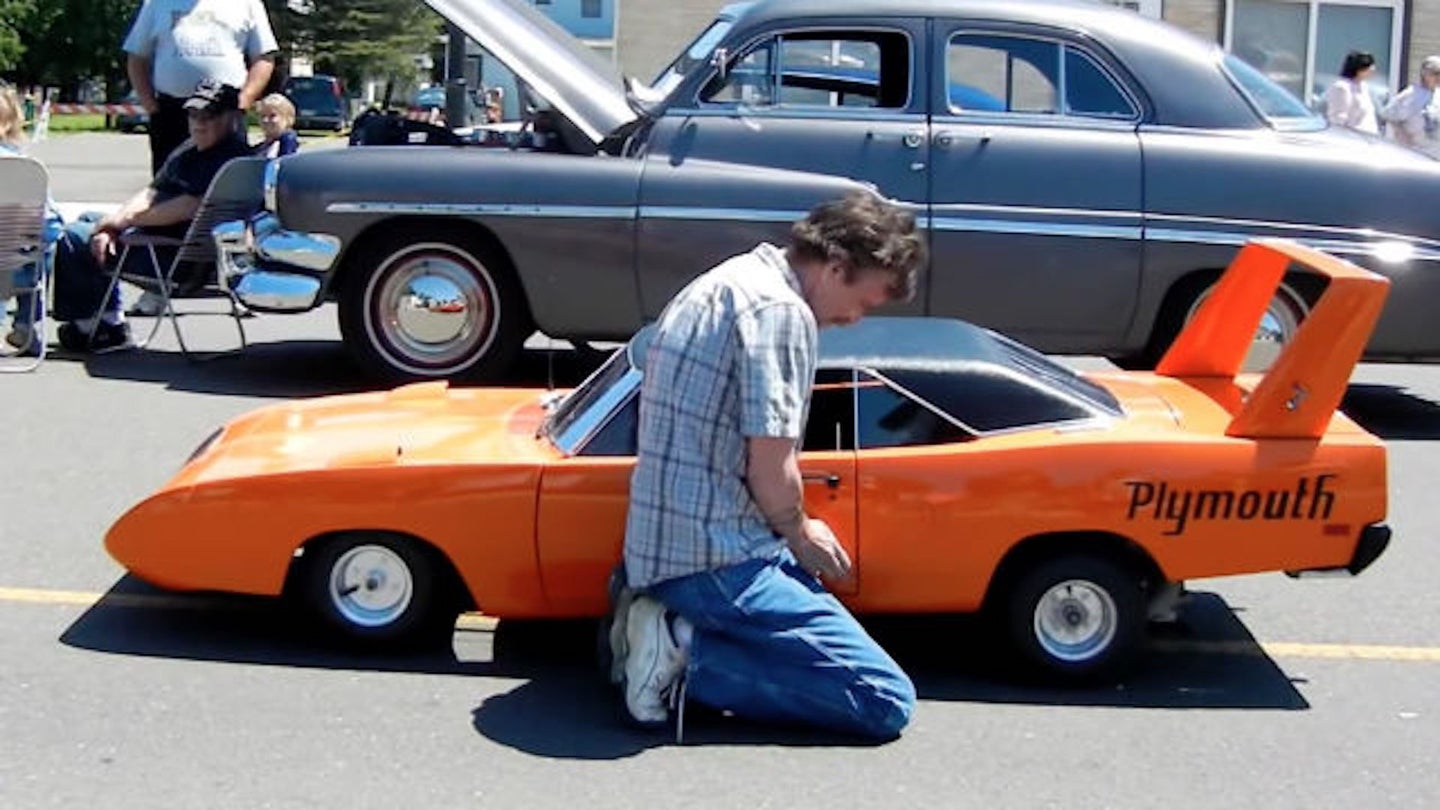 A man has handbuilt a lawn mower-engined mini replica of a Plymouth Superbird that actually drives, and after seeing this video, we want one, too.

In a world where Infowarrior rides and road-legal monster trucks are a thing, it shouldn’t be a surprise that such a thing exists, yet it’s hard not to take a step back and marvel at what we’re seeing in this video. Rick Blekestad opted against spending a quarter million dollars buying a real Plymouth Superbird, choosing to build a half-scale replica of one himself.

Reactions to the video appear to be split between “shut up and take my money” and “harr-harr that guy must have no legs”. While it’s quite amusing seeing a full-size guy climb out of a less-than-half-size car, the effort it took to create this thing is impressive.

Blekestad put an impressive amount of time into building this car himself. The body is made completely out of fiberglass and sits atop a modified go-kart chassis. The rig is powered by a Briggs and Stratton motor that makes eight horsepower, which is more than powerful enough for a car whose curb weight checks in at just 300 pounds. The only problem is that the lawnmower engine doesn't deliver the same great sounds as a vintage V8; it also doesn't appear to be moving much faster than a typical riding lawnmower, either.

A lesser man would put the car on display rather than driving it, but Blekestad pilots the mini-Superbird himself—no small feat (pun intended) considering the car is only 2-feet tall and 9-feet long. In order to drive the car, he basically has to lie down, crawling to enter and exit.