It'll debut in March at this year's Easter Jeep Safari. 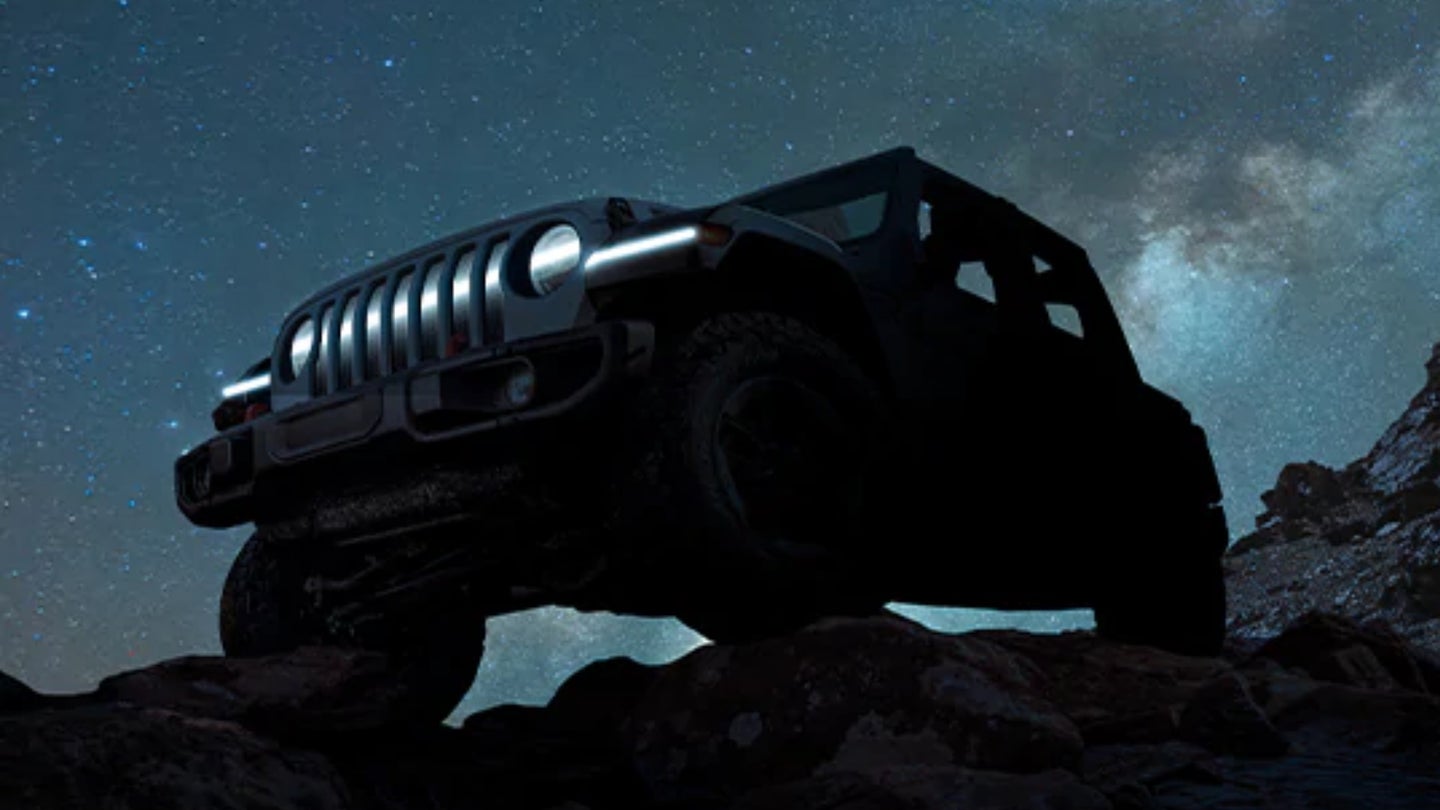 Jeep and the rest of Stellantis' American brands are lagging behind Ford and General Motors when it comes to adding battery-electric vehicles to their lineups. They've got plans to fix that, though, and the newly formed auto group's first fully battery-powered Jeep model is slated to be—what else—a Wrangler. As part of its new "Road Forward" plan, Jeep is going to unveil a near-silent Wrangler prototype late next month at the Easter Jeep Safari in Moab, and it's sporting some seemingly familiar parts.

This isn't just going to be a display model, either. A snapshot of the prototype's drivetrain was posted publicly in a short animation on Jeep's website, and it looks like it will use some existing Wrangler drivetrain parts in combination with a front-mounted electric motor unit and floor-mounted batteries. This isn't an all-new vehicle, then; more of a preview of what's to come.

A screenshot from that low-resolution animation is posted above. You can see the battery packs which appear to be mounted under the rear seats and behind the rear axle, as well as the actual control unit installed under the hood. It looks like a conventional transmission with a transfer case is hooked up, telling us that while this all-electric Wrangler won't be getting help from a combustion engine like its plug-in hybrid 4Xe cousin, it won't operate like a normal BEV. Typically, they have one or more electric motors mounted at each axle of the vehicle and lack a shiftable transmission with more than two speeds. This doesn't seem to be the case with this Wrangler concept, which appears to share parts with the regular gas-powered Jeep.

Beyond these scant drivetrain details, not much information has been released about this new electric off-roader. The Easter Jeep Safari takes place in Moab between March 28 and April 3, so we know it will be unveiled somewhere between those two dates, but figures like the range and power have not been commented on.

We'll just have to wait and see what Jeep has in store for us when the end of March comes around.