Fortunately, nobody was home when the driver Kool-Aid Man’d the roof. 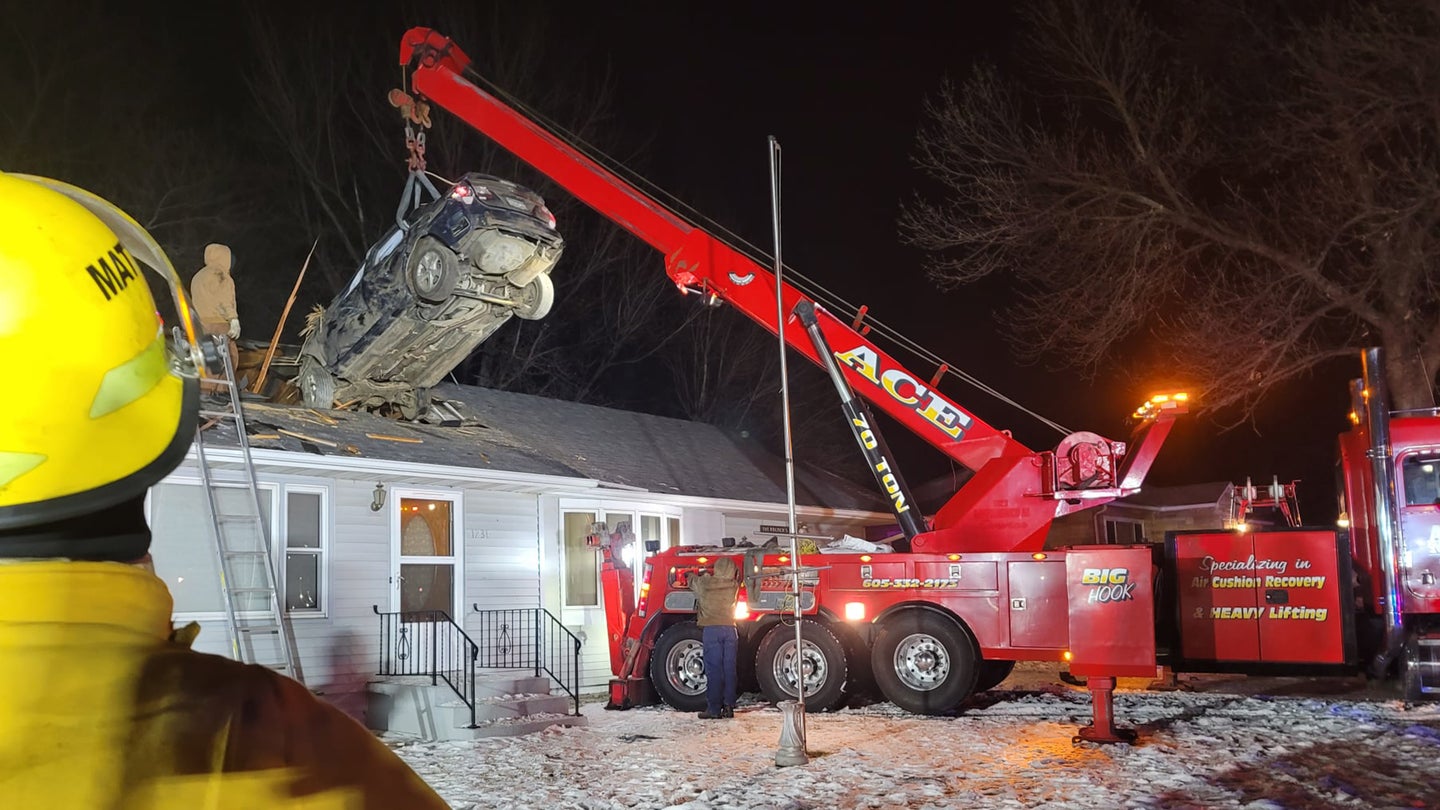 There seems to be a fairly simple formula for landing a car on the second floor of a building. One needs a target, a lot of speed, and a launching point, be it an embankment, culvert, or conveniently placed ramp truck. This volatile concoction came together earlier this week in Larchwood, Iowa, when the 25-year-old driver of a 2007-2013 Toyota Corolla sent his vehicle sailing 125 feet through the air before landing in the roof of a house.

The driver, identified as Israel Hidalgo of Sioux Falls, South Dakota, was reportedly traveling northbound on Iowa Highway 9 at around 10:40 p.m. Tuesday evening. Authorities told KELO they believe Hidalgo was doing over triple the posted speed limit of 35 mph, likely around 115, when he left the road at an intersection and hit an embankment, sending his Toyota airborne.

Some 125 feet away, Hidalgo landed on the roof of a house, whose residents were absent at the time of the incident. As Toyotas don't drop through roofs noiselessly, a neighbor whose house had also been hit by an errant driver in recent years went out to investigate.

"I just seen someone in the ditch using a flashlight, kind of searching around and I said, 'well, there must have been an accident over here someplace,' but I didn't see a car," recalled Curtis Canfield to KELO. Then he looked up.

"It's amazing how far he got up," said Canfield. "All you seen was the back bumper and the taillights, so he was quite a ways into the house."

Responders too were stunned by the stunt, of which photos were shared to Facebook by Ace Towing, the company responsible for recovering the Corolla.

"When I saw the picture this morning, I couldn't believe it, I never thought I would see a car sticking out of a roof," commented Lyon County Sheriff Stewart Vander Stoep to KELO. "You see that on television, but it's very rare that you see it in real life."

Hidalgo was reportedly hospitalized, though his condition remains unknown as of this time. Should he survive his ordeal, it would come as no surprise if he leaves his hospital bed only to find himself in handcuffs.