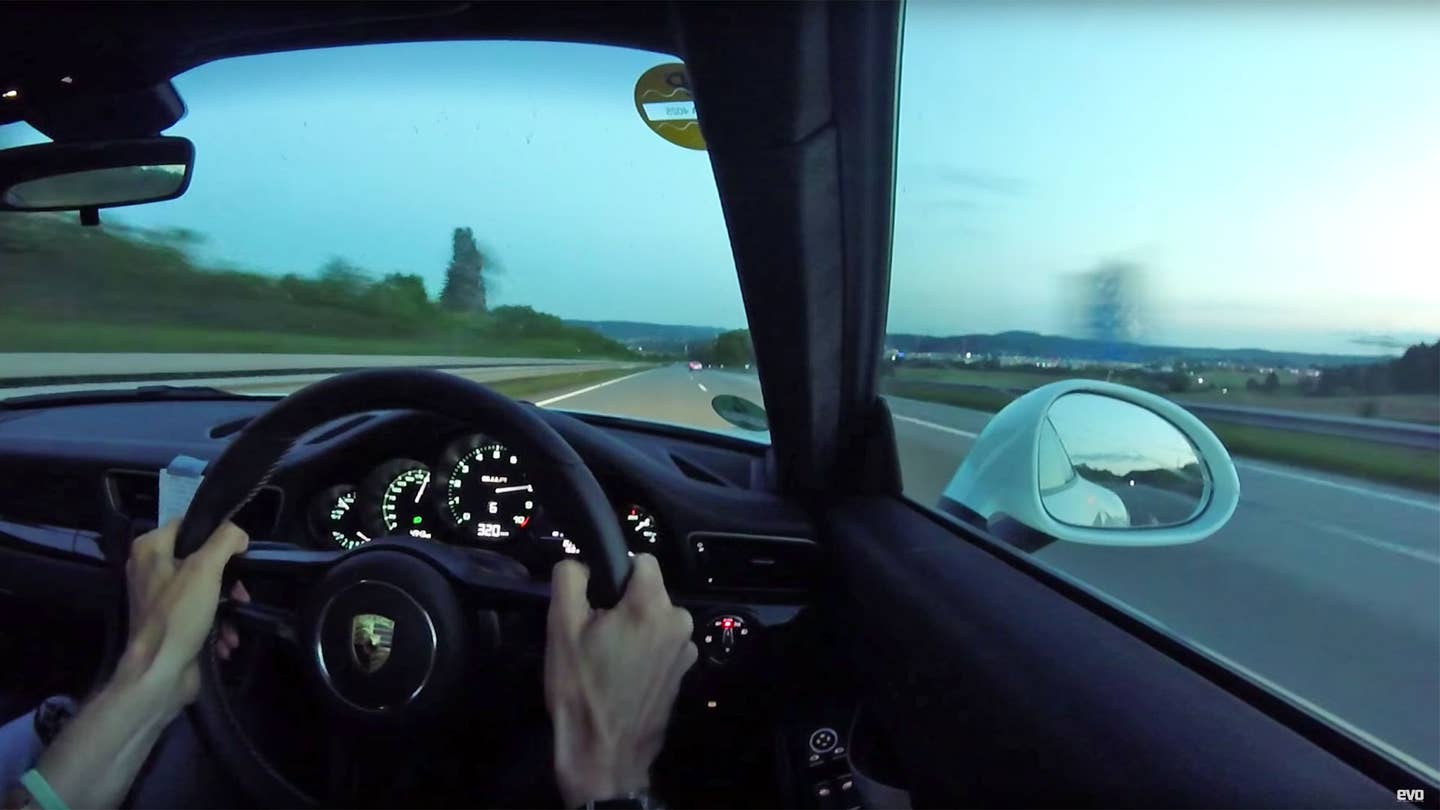 As any Porschephile will breathlessly relate, the limited-edition Porsche 911 R is the halo car that privileges driver engagement over numbers, ultimate feel over superlative-worthy speed. And yet... keeping the 500-horsepower, 4.0-liter boxer six from the 911 GT3 RS while deleting that car's Airbus-caliber rear wing—and losing the resulting drag—has yielded a naturally-aspirated 911 with a 201-mph top speed. That's a full eight miles an hour more than the GT3 RS, meaning that by at least one metric, Porsche's old-school, sensuality-first special beats its all-out racer in the technical realm. The overachieving bastard.

Porsche has begun slowly allowing European journalists a chance to experience the car, and the folks at evo magazine recently snagged a hen's-tooth Porsche 911 R for testing. The lads at the mag were curious about those lofty top speed claims, but in Britain, no road could accommodate such velocity. (At least, not legally.) So the evo team traveled to the autobahn to unleash the 911 R's full fury.

Sure enough, the 911 R hit the magic two-hundo, but only on a technicality; the video shows nothing past 320 kph, which works out to 198.8 mph. Even the autobahn, it turns out, is troubled with meddlesome R.V. drivers.

You know what that means? Some other publication is going to have to bring a 911 R to that same unrestricted stretch of autobahn for another run. The Drive volunteers. With all our hearts. Please.