The Original Fast & Furious Was This 1924 Silent Film, Which You Can Watch In Its Entirety Here

It may only last 14 minutes, but it’s got all of the essence of a modern FF movie. 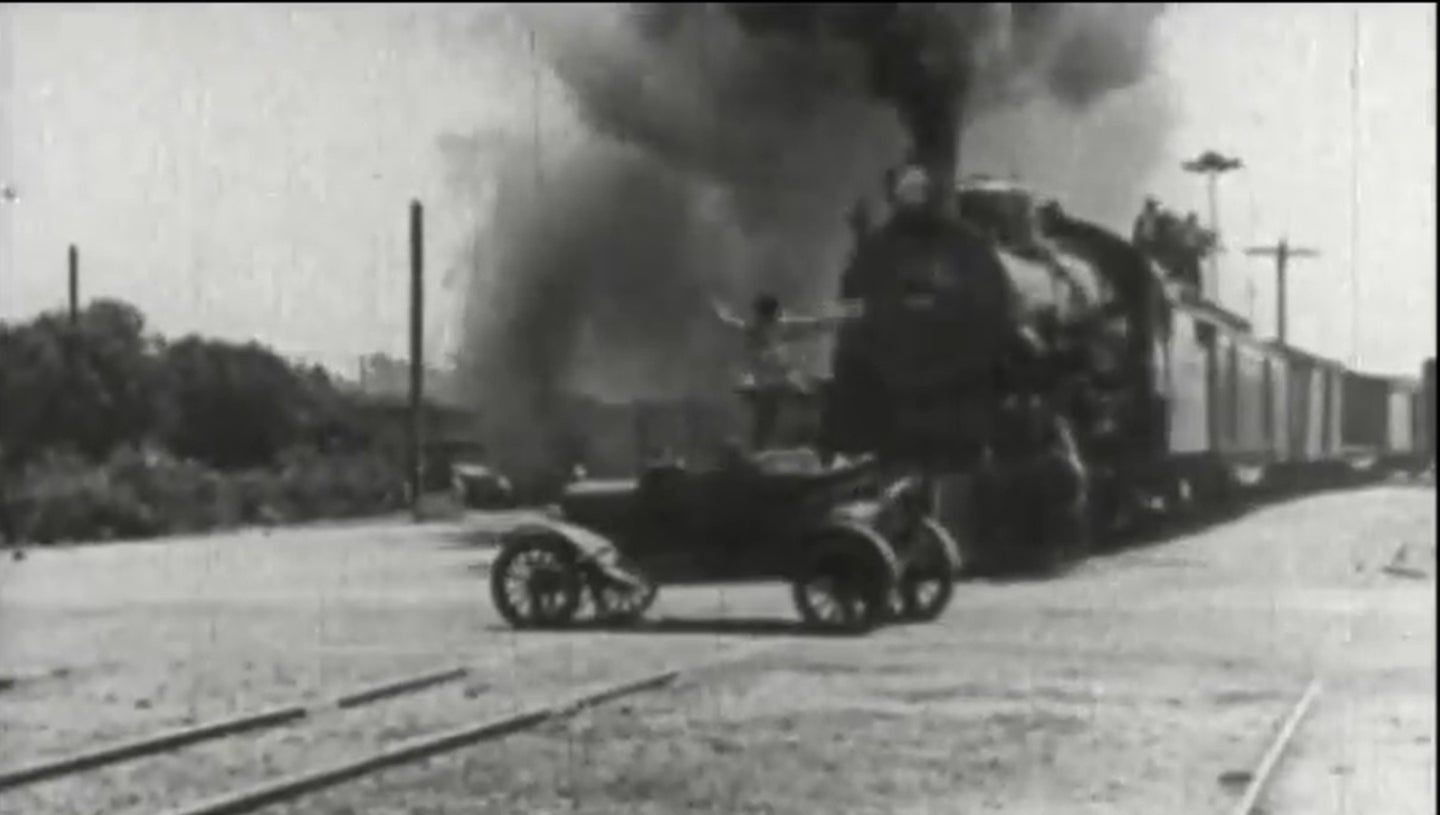 Fun fact: many, many, many years before Fast & Furious became the multi-billion dollar, space-exploring tentpole Hollywood franchise it is today, it was the name of a 1924 silent film. And despite a predictably distinct lack of neon underglow, globe-trotting action, or bald, brooding male leads, the dialogue-less O.G. flick is pretty much what you'd expect a Fast & Furious movie to be like if it were made in the '20s.

It all centers around a protagonist who works in a general store, for starters, while its synopsis on IMDb reads, "The day's takings from a shop are stolen and an employee gives chase to catch the crooks." C'mon, there's no way Dom Toretto and his original gang have never found themselves in that exact situation. There's even an extended "action" sequence involving a car and an unstoppable train, something modern Fast fans will be mighty familiar with.

Thankfully, you don't have to take my word for it because, lo and behold, the entire thing is currently available to watch on YouTube. Unlike modern Fast & Furious flicks which consistently run for more than two hours, this is just 14 minutes long.

The more action-oriented stuff starts at the halfway point, but feel free to watch the whole thing if you'd like to see some plate throwing, dancing eggs, and a lady ambitiously trying on shoes that are way too small. There's also a lengthy scene involving cement flavored pancakes that may or may not have been the original inspiration for the tuna sandwiches at Toretto's Market & Cafe.