A quick lesson in instant karma. 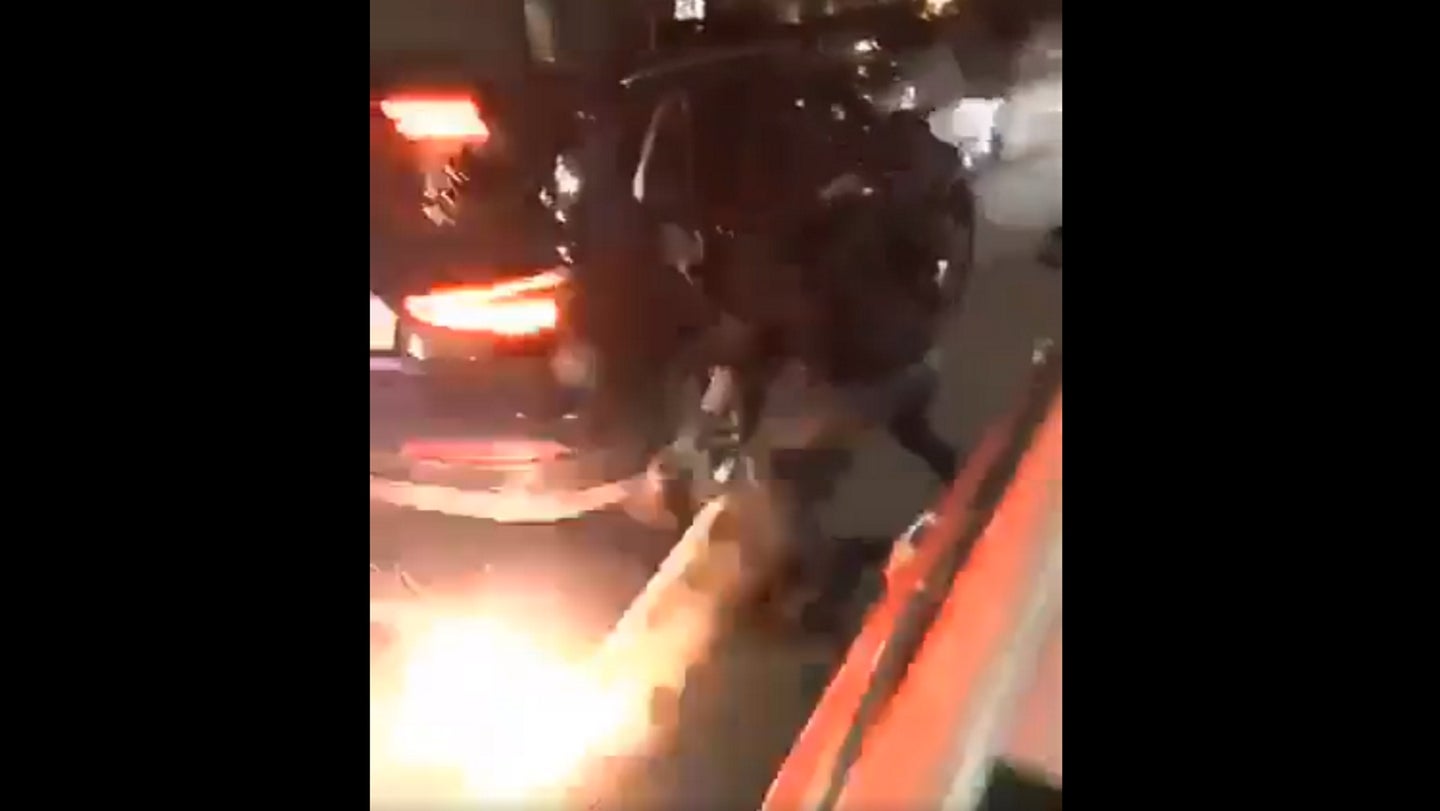 Driving in London is riskier than you'd expect these days thanks to a stupid trend where pranksters pelt cars with fireworks. A brief video recently posted on Twitter shows it's apparently escalated to tossing recreational explosives into unlocked cars. The caption: “Welcome to London."

The four second video comes with a twist at the end. We’re not sure if it was just a bad shot or if some hero in the backseat of this crossover threw it back, but the firework comes flying right back out in the direction of the guy who threw it. It doesn’t appear that anyone was hurt, though.

A handful of comments on the tweet contain stories from other Londoners who have witnessed people throwing fireworks into unlocked cars and even some victims of the same kind of “prank” have spoken up.

We can’t believe we have to say this, but please don’t put lit fireworks in anyone’s car. Here’s hoping this strange trend doesn’t make its way to the States.

Two separate incidents were logged within a span of two days; teenagers believed to be responsible.

Why? Because it was there. And because we had fireworks.