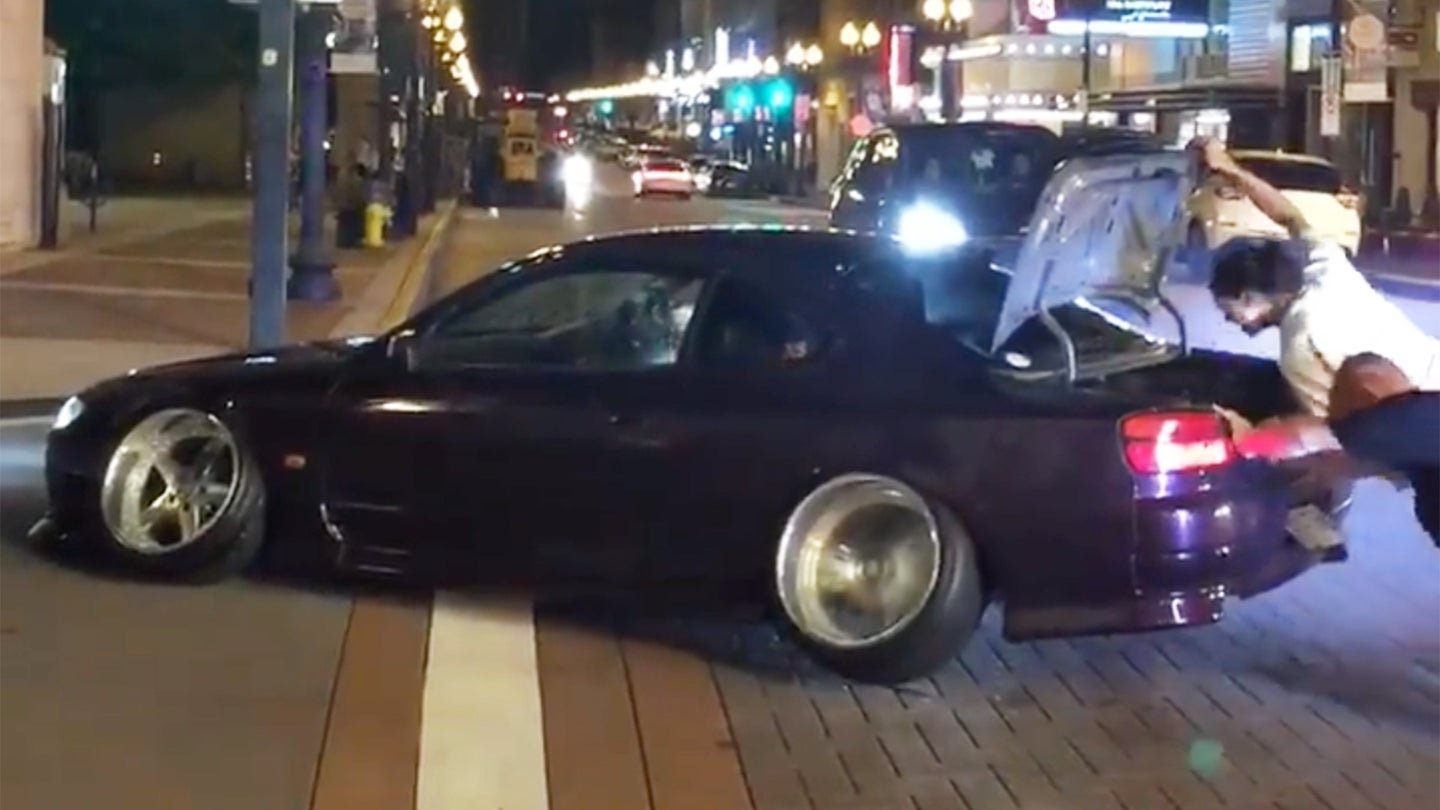 Stanced. Slammed. Hellaflush. Whatever your preferred nomenclature, the practice of taking otherwise usable, capable cars and lowering them to mere micrometers above the pavement always inspires strong reactions in the automotive world. Some see an unadulterated expression of style and passion, while others think it utterly ruins the car. Guess which camp this clip supports?

Uploaded to Facebook last week, the video shows an early-2000's S15 Nissan Silvia—popular with Japanese car fans, but still technically banned for road use in America—trying valiantly to navigate a treacherously flat intersection in downtown Knoxville, Tennessee. Unlike other schadenfreude-laced videos featuring struggling stanced cars, there doesn't appear to be an obstacle or an obvious clearance issue in this case. But it's stuck all the same.

The rear-wheel-drive Silvia is done in here by its rigid suspension setup and an open rear differential. The road surface slopes just enough to lift the left rear wheel off the ground, since basically all suspension travel has been eliminated in lowering the car like that. The engine's power then follows to the path of least resistance thanks to the open diff—in this case, the excessively-cambered wheel now dangling less than an inch above the roadway.

The video shows two men trying their best to help the driver, alternating between sitting in the open trunk to force the raised wheel down onto the ground and pushing the poor Silvia. Neither strategy appears to work, though getting stuck seems to be part of the fun for stance fans. The clip was uploaded by a friend of the driver named Christian Raper, who captioned it "the proper way to end a photoshoot."

A trailer might have been a little more proper (and legal), but we'll give the driver credit for at least trying to show that stanced cars can still drive.

The cars of Southern California’s XS CarNight sit low as they can.

How I Ruined All My Cars

In which I recall a lifetime of really stupid decisions.