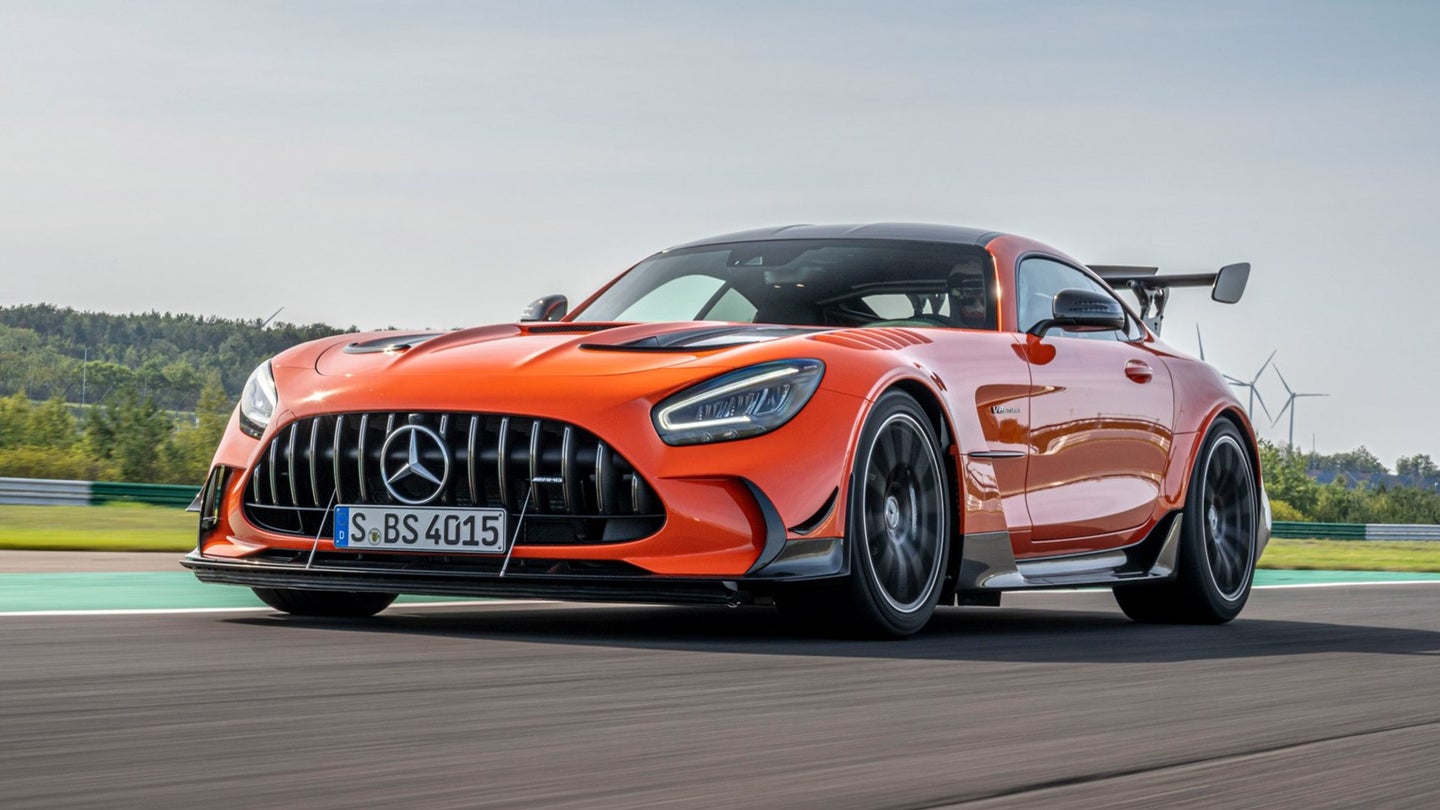 It's been more than two years since the Lamborghini Aventador SVJ broke the production car lap record at the Nürburgring. If recent word is to be believed, however, its reign might have just come to an end.

According to Misha Charoudin, an automotive YouTuber who specializes in Nürburgring-related content, Mercedes-AMG has lapped its crown jewel GT Black Series around the Nordschleife in 6:43, a full second faster than the SVJ which did it in 6:44.97. Granted, the AMG's alleged 6:43 time is "according to [Charoudin's] calculations" and has yet to be confirmed as official by Mercedes-AMG itself.

When we asked Mercedes about it, a company spokesperson said, "The GT Black Series is being tested at the Nürburgring, but there has not been an official attempt for a lap record," even referring us to a tweet by factory racing driver Maro Engel reiterating the same.

That said, the lack of an official attempt doesn't mean no records were broken. I mean, if you give a seasoned race car driver the keys to a 720-horsepower Mercedes and access to an empty 'Ring for "testing" purposes, sometimes records just kinda happen. Also, Charoudin has correctly called out Nürburgring records before. As Motor1 points out, the YouTube personality reported the Audi RS Q8's SUV record more than two months before it was officially confirmed.

As the most extreme car in Mercedes-AMG's current lineup, the $389,000 Black Series GT uses a 4.0-liter, flat-plane crank, bi-turbo V8 sending power exclusively to the rear wheels. The mid-engined Aventador SVJ, meanwhile, benefits from four more cylinders—albeit naturally-aspirated—and all-wheel drive. It's not every day a nearly $400,000 Mercedes finds itself holding the stones in a proverbial David and Goliath situation but, y'know, life is full of surprises.

How To Adjust An F1 Car For The Nurburgring Nordschleife