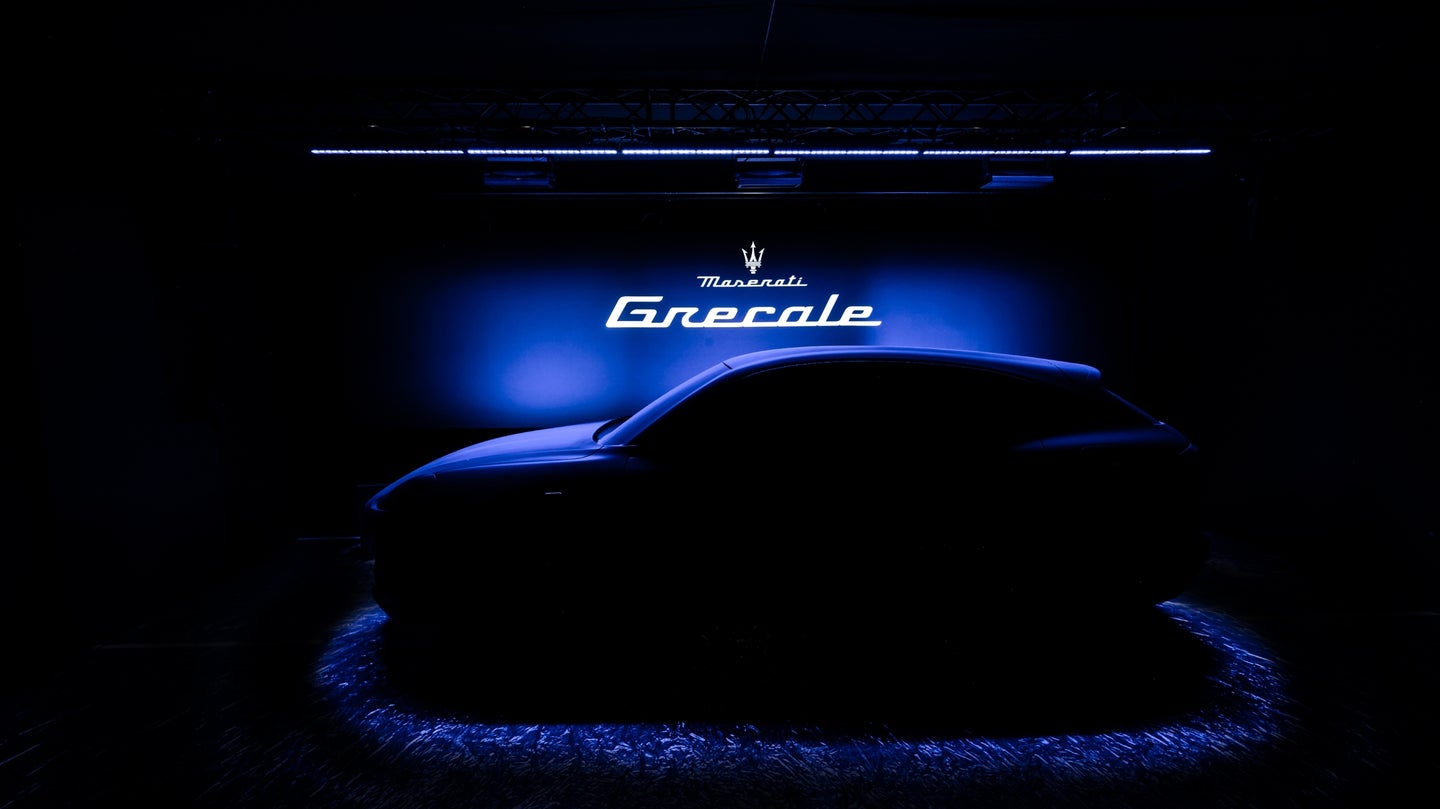 Alongside its reveal of the all-new mid-engined MC20 supercar, Maserati has shared some news about a car that—figuratively, at least—promises to be a little more down to earth. The Italian luxury carmaker will officially be adding a second SUV to its lineup called the Grecale. Like "Ghibli" and "Levante" before it, the future crossover is named after a famous wind with "Gregale" being the moniker associated with a particularly strong northeast gust found around the Mediterranean.

According to this, it's predictably pronounced "greh-cah-lei" and definitely not "greh-kale" or "gree-kale." In addition to the name confirmation, Maserati has also released a shadowy teaser image of the Grecale's side profile and...it definitely looks like a sporty-ish luxury SUV, alright.

Expected to debut sometime spring 2021, the Maserati Grecale will ride on the same platform as the Alfa Romeo Stelvio and be built in the same plant in Cassino, Italy. An all-electric version is also said to arrive in 2022.

It is also widely expected to be smaller than the Levante, which makes sense given the hierarchy, serving as the Porsche Macan competitor to the Levante's Cayenne. However, Maserati now hints that this may not necessarily be the case, telling Motor1 that the Grecale would be positioned "differently in the range, focusing on dynamism and practicality."

If we had to put money on it, we still think the Grecale will indeed be a slightly smaller SUV than the existing Levante and that Maser's PR folks are simply avoiding providing confirmation. Y'know, refusing to comment on future products and all that. It'd be mighty weird if the company made two identically sized SUVs with one "focused on dynamism and practicality" and the other one focused on...other SUV business.

We reached out to Maserati for comment and will update this story when we hear back.