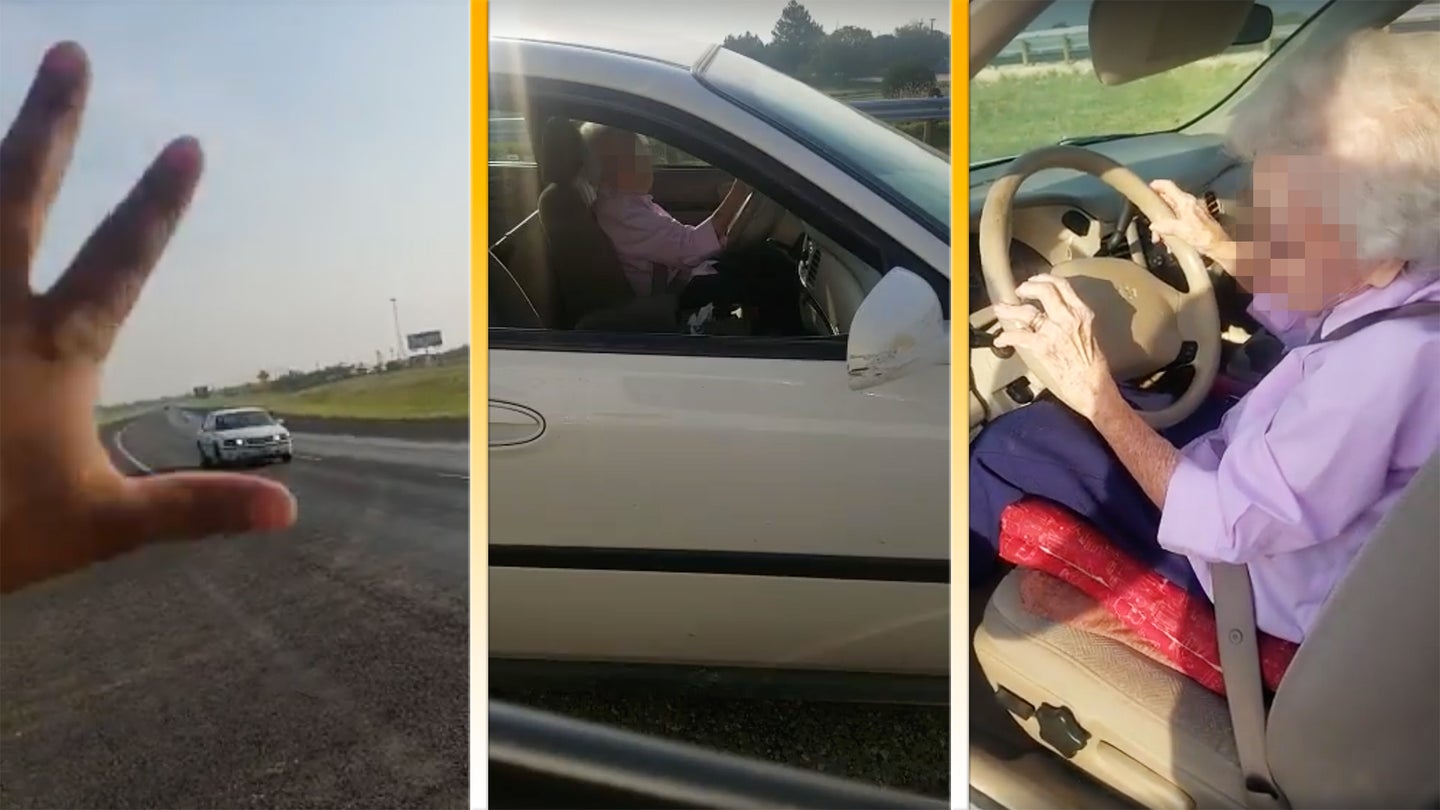 Thomas Prado doesn't want you call him a hero. But it's hard to think of a better word for this brave Texan after he put his life on the line to chase down and stop an elderly woman who was driving the wrong way down the highway, preventing a potentially disastrous head-on collision—and the whole episode was caught on video.

Prado wrote in his now-viral Facebook post that he's seen a lot of "wild things on the road" while crisscrossing Texas as a glass delivery driver every day, but the sight of a white Chevrolet Impala heading the wrong way down US-227 in the middle of the state last week caused his heart to drop. Seconds after swerving out of the way to avoid a crash, Prado decided he couldn't wait for authorities to respond. He needed to do something, fast.

"I felt someone was in danger, or didn’t know the potential danger that they could be in," Prado told WFAA News. "[I just felt] like it was the right thing to do."

He was right. Behind the wheel of the Impala was an unidentified 94-year-old woman who clearly had no idea anything was amiss. Prado turned around as soon as he could and started following her in the correct lane of travel, trying to get her attention and recording the scene on his phone. The videos he uploaded show him speeding ahead and unsuccessfully trying to stop her from an emergency vehicle turnaround; eventually, he dives across the grassy median and physically blocks her car with his van. It's only then that she finally comes to a stop.

They're not out of danger yet, though. Straddling the shoulder line in the left lane, the two are still facing oncoming high-speed traffic, and all it would take is one driver looking down at the wrong time for disaster to strike. Still recording, Prado risks his own safety even further by walking up to the woman's door and helping her out of the vehicle. She looks frail and confused. Two more Good Samaritans from a local power company then stopped to block traffic with their trucks until police arrived, who took the woman home to her family.

Prado admitted that the methods he used "probably [weren't] the safest nor smartest," but it's clear that his actions helped prevent a true catastrophe for the woman, her family, and anyone else on the road who might have been in the wrong place at the exact wrong time.

"Moral of this all is something I've said in my post before: look after your elderly family, friends, or neighbor," he wrote on Facebook. "I'm no hero, I'm a sinner and mistake maker like you, but I saw the right thing to do and so can you."

Think she’ll get a senior discount at sentencing?