I'm Scared, Are You Scared? More Elderly Drivers on the Road Than Ever Before 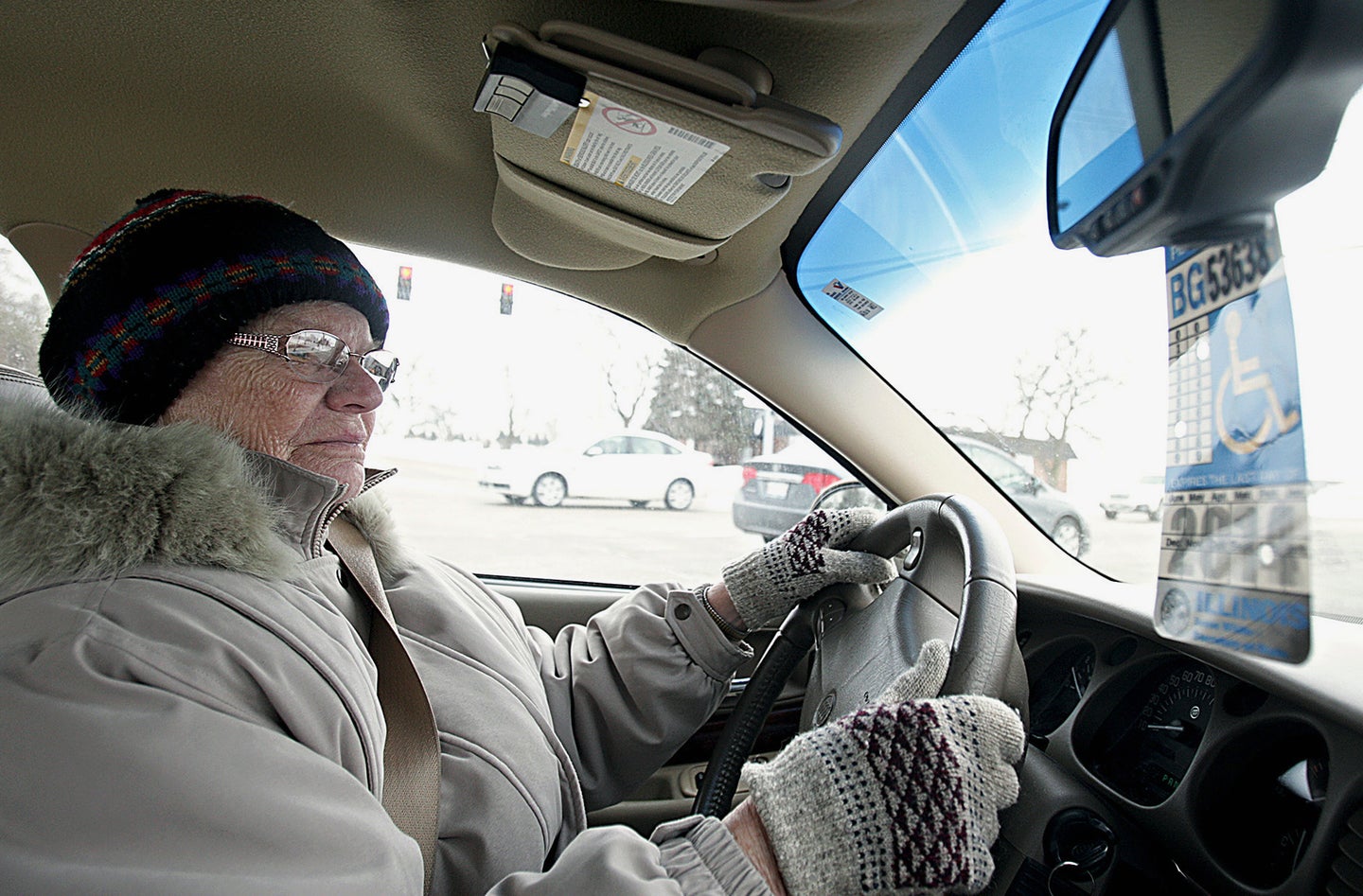 On the heels of federal data linking elderly motorists to an increase for a second year in U.S. traffic deaths, the government reports a record number of folks 65 and older are driving, also for a second year.

Of the 221.7 million licensed drivers in the U.S. in 2016, 41.7 million—that's nearly one in five—were 65 years or older, with the senior set growing faster than any other, and far outpacing teenage drivers, the Federal Highway Administration reported this week.

The biggest single-year percentage jump in licensed drivers in 2016 came among those between 75- to 79-years-old, rising by 4.98 percent from the prior year.

Licensed drivers 85 or older increased by 161,182, or 4.62 percent, since the prior year, making it the nation's second-fastest growing demographic group in 2016.

The FHWA said its researchers have pioneered safety enhancements such as retroreflective laminates to make highway signs brighter and more visible from further away to help older drivers, who are subject to conditions that include declining vision, flexibility, and cognitive abilities.

With an eye on the potential "short-comings" of elderly drivers on the road, the AAA Foundation for Traffic Safety is compiling research looking at 2,900 older drivers, said spokesperson Tamara Johnson. The first of multiple reports based on the database is slated for release on Wednesday, she added.

The risks that come with elderly motorists was illustrated in data released in October showing an 8.2 percent increase in fatal crashes in 2016 where the driver was 65-years-old or older.

Voicing concerns, the California Highway Patrol earlier this month advocated free refresher courses for the 65-and-older set, noting that some of the skills needed for safe driving "may deteriorate with age."

The FHWA numbers released Monday also showed that with the exception of five states -- Michigan, Oklahoma, South Dakota, West Virginia and Wyoming -- the nation tallied increases among licensed drivers in 2016 compared to the year before.

The latest numbers had 57 million drivers between the ages of 20-34—otherwise known as "Millennials"—accounting for almost one in four U.S. drivers in 2016, up a bit from 56.1 million in 2015, the federal agency said.

There were slightly more teenage drivers for a third year, up to 8.8 million. The number is the highest since 2013, but also among the lowest levels since the government started compiling the data in 1963.

Police Reportedly Planned to Auction Off Elderly Woman's Stolen Car Instead of Returning It By Kyle Cheromcha Posted in News
National Safety Council: 421 May Die on U.S. Roads in Coming Days By Kate Gibson
Consumer Safety Group Calls for Federal Regulation of Self-Driving Cars By Kate Gibson
MORE TO READ