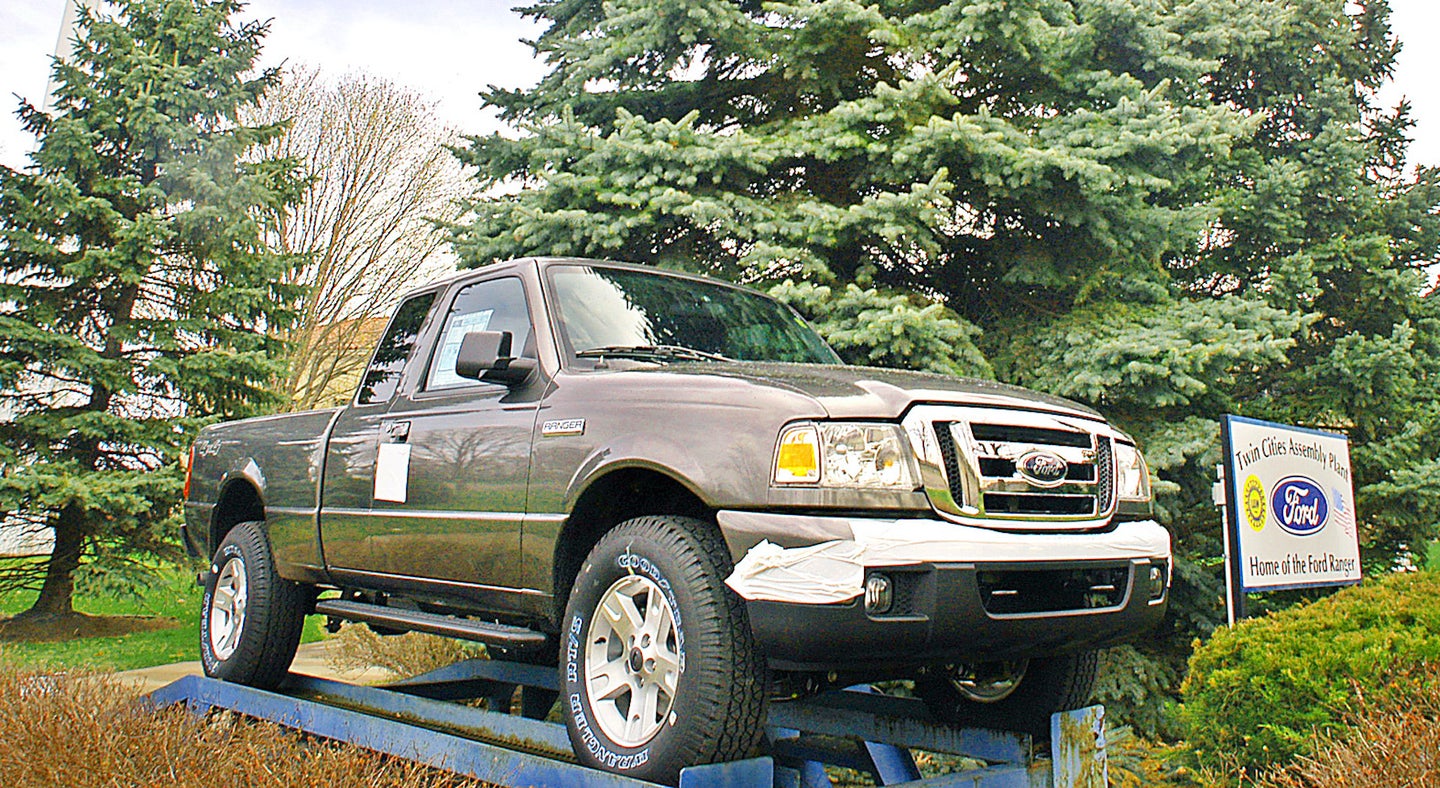 After what felt like never-ending leaks of the 2021 F-150 truck and Bronco SUV, Ford will surely remain quiet in the near future—not.  Following the release of its money-printing duo, the Blue Oval is now moving right up to the rumored Ford Maverick pickup truck, of which we are beginning to see the first leaks of, such as last week's alleged tailgate sighting.

Yesterday on Maverickchat.com, possible new details of the compact truck were revealed by user "one day long," who interestingly enough, registered for the site minutes prior to sharing the information. Could this be someone new with fresh details or an existing user trying to protect their identity, who knows?

The member went on to share a bulleted list of items that, according to him/her, belonged to the upcoming Maverick.

For starters, it looks like the new Ford Maverick truck will reportedly be 2 feet shorter than a Ford Ranger, and share many components with the Ford Transit Connect. Surprisingly, it will allegedly roll out as a crew cab first, meaning that shoppers wanting a single-cab small truck will still be out of luck if this turns out to be true.

Under the hood, reportedly, a 2.0-liter four-cylinder engine also from the Transit Connect will power the truck, which appears will be of unibody construction. The user notes that a manual will be available, but again, you should take that with a pinch of salt, just like all of this.

The original Maverick was a big seller for Ford back in the '70s, though that Maverick wasn't even a pickup truck. Why did it decide to revive the nameplate as a compact truck? I don't know, but I feel like it should've been named the Ranchero instead.

The base F-150 only gets a $195 price hike over last year, but higher trims will reportedly be much more expensive.