That's a big tailgate for a little truck. 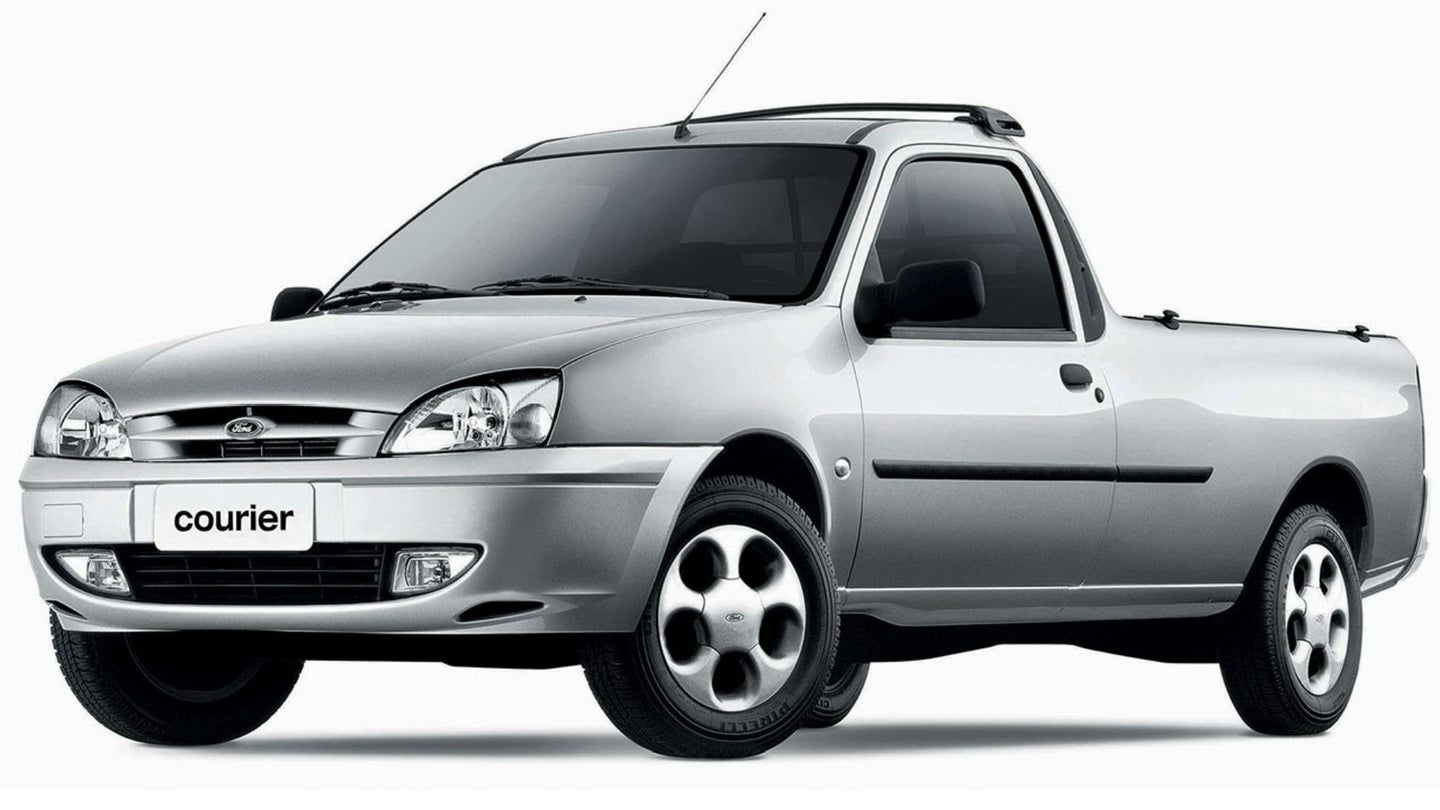 Ford Motor Company is enjoying quite the momentum after the announcement of its Bronco and Bronco Sport SUVs, as well as the 2021 Ford F-150 pickup truck. That being said, the rumor that the Blue Oval plans to release a compact pickup truck in the near future is getting louder and louder, and now it appears that Motor1 has been able to acquire a photo of the alleged Maverick compact pickup truck's tailgate.

TFL Truck previously showed renderings of the truck back in April, showing a tailgate bearing the same Maverick name. That leak is corroborated by Motor1's image, which looks nearly identical to those previously seen. Ford confirmed that it was working on a small truck back in 2019 and recently said that a new model was on the way for 2021. Those two things, coupled with the images, and the fact that there aren't any compact trucks currently on offer in the United States, are good signs that the Maverick could be Ford’s entry in that segment.

The truck is expected to share engine offerings with the recently-unveiled Bronco Sport and the existing Escape crossover, which come with either a 181-horsepower turbocharged 1.5-liter three-cylinder, or a 245-hp turbocharged 2.0-liter four-cylinder engine. The Bronco Sport will get an eight-speed automatic transmission and standard all-wheel drive, but the Maverick will most likely offer rear-wheel drive standard.

Reports claim that the Maverick could be released as a 2022 model, which could align with plans to announce it sometime in 2021. The Maverick name was once used on a compact car by Ford in the 1970s. A trademark filed by Ford in 2018 for the name suggested that it was slated to be revived for use in a future vehicle.

The Drive reached out to Ford for more information and we will update this story when we hear back. We're not holding our breath.