Ford Is Reportedly Working On a Small, Focus-Based Pickup Truck

The new, unibody truck would slot under the Ranger and likely be called the Courier. 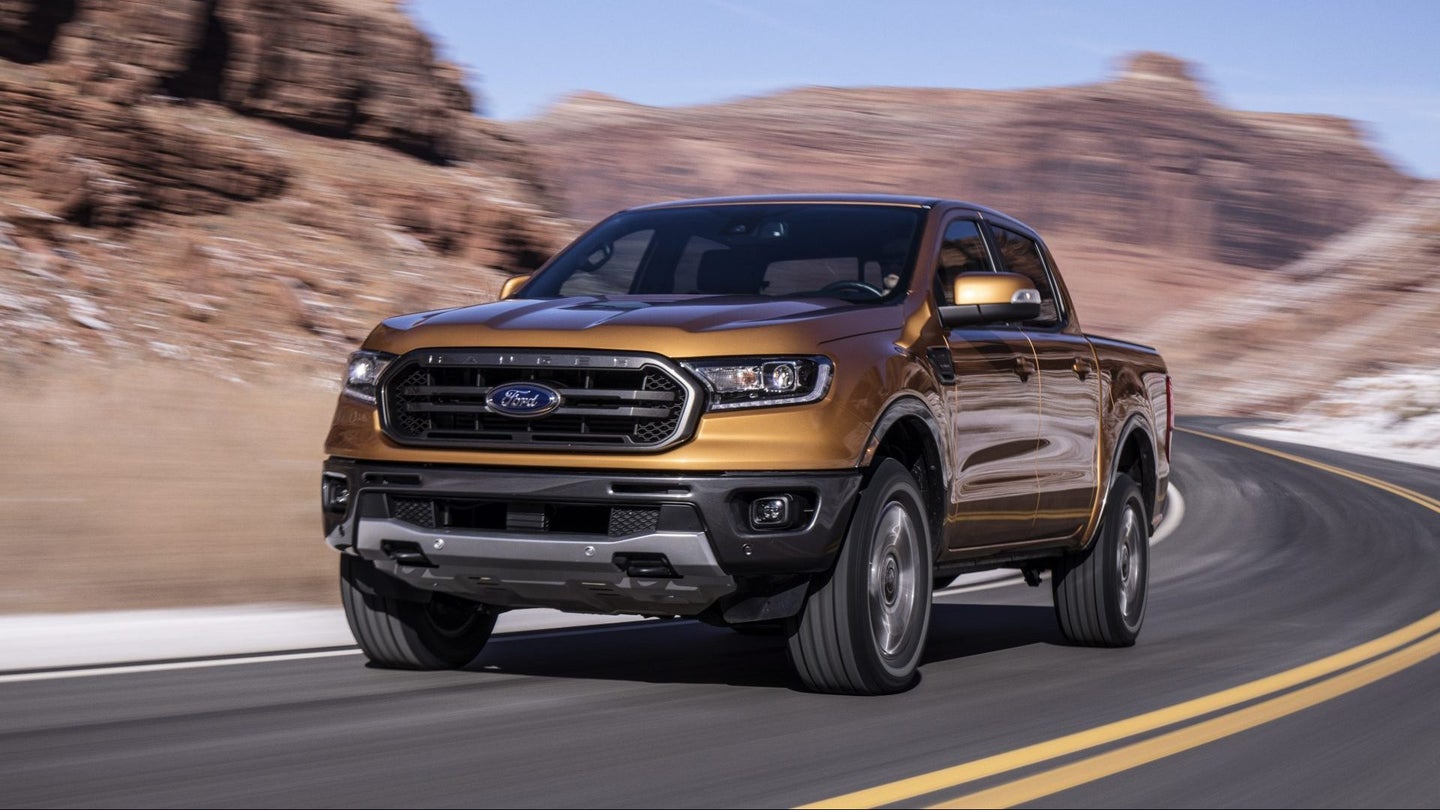 Even though the Focus is not long for America, Ford is apparently working on a small pickup truck based on the to-be-defunct compact, Ford Authority reports.

The publication's unnamed sources say the new, unibody truck would slot underneath the Ranger, be powered by a selection of transverse-mounted naturally aspirated and turbocharged four-cylinders, initially be front-wheel drive with the potential of all-wheel-drive options, and launch in 2021 for the 2022 model year. Engineering and design work reportedly kicked off several months ago and the first prototypes are said to hit the testbeds very soon.

Sources also say the compact pickup will most likely (and quite intuitively, we'll add) be called the Courier. Ford even apparently filed a trademark for the name back in July 2016. Proper Ford nerds will note, however, that a Courier already existed in the form of a small, Fiesta-based truck sold in South America. Another possible moniker the small truck could take is Ranchero—a legacy nameplate taken from an El Camino competitor Ford built throughout the '60s and '70s.

That other Focus-based utility vehicle, the Focus Active crossover, was originally going to be sold in the U.S. until President Trump's tariffs imposed on cars imported from China made it less than financially advisable. Where exactly the Focus-truck will be built and whether or not it'll be sold in American showrooms remains to be seen. If it does, though, we predict it to start at somewhere close to $20,000.