There’s scant evidence of this amazing vehicle ever existing—save for one magical, mysterious clip. 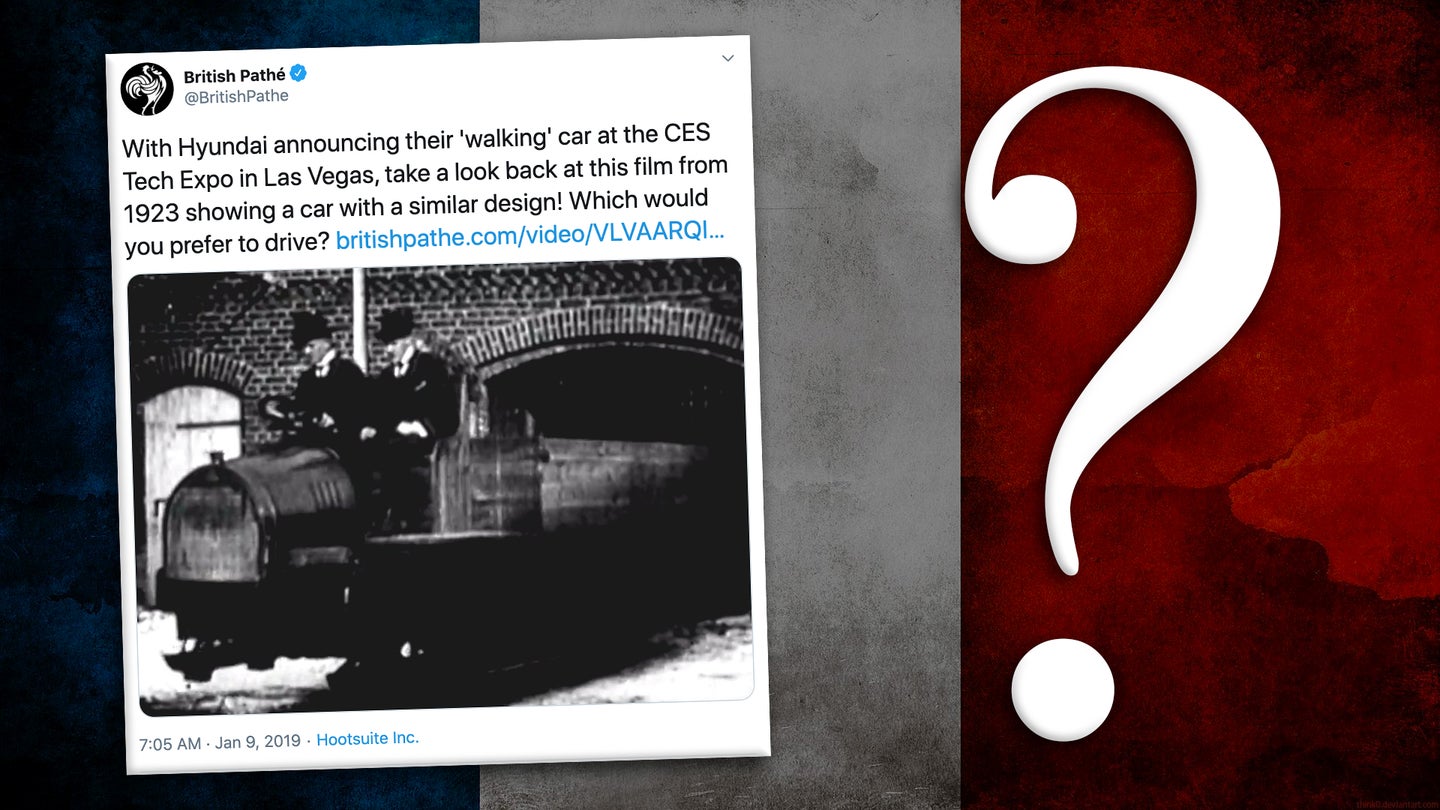 Last week we covered a walking car from our Russian friends at Garage54. There's no mystery there. It's a bunch of smartly-shaped steel welded up to a Lada. But today we have something a bit different. It works a lot better than Garage54's attempt, is quite a bit bigger, and the only evidence I can find of it existing is a 24-second-long video from British Pathe.

We can't embed it here, but give it a watch and get back to speculating with us. This walking car was evidently made in France in 1923. Past that, the written details are pretty scant, but this glimpse is endlessly fascinating. It has long skids for feet—one set directly underneath the frame, and another along the outside—so it doesn't tip over as it steps. Big, sort of saddlebag-like chunks of metal slide back and forth on each side of the vehicle as it moves. I think these are counterweights that offset the shifting weight while it's walking, similar to how people swing their arms when they're striding along.

It looks surprisingly maneuverable, it has a big wood-sided bed in the back, and there's some sort of engine under the hood that's putting all of the vehicle's stompy mechanisms into motion.

The only written info I could find online was the video's description, which reads:

I think 2SV might be three valuable characters, but searching around for that combination with other terms defining this thing doesn't come up with much of anything. I was only able to find another website hosting the same video, and they have identical information to British Pathe.

So if we have any readers—ideally French readers—who know anything about this vehicle, please let us know. It must have an interesting story, it seems to work rather well, and we would be thrilled to learn more about how it worked.