Garage54 is one of the bravest and most entertaining automotive channels on Youtube. These Russian mechanics will truly try anything, no matter how strange or unbelievable the idea may be. Their latest video is no exception; watch as they make converting a car to walk on two legs look easy.

To be fair, they do get help from another shop that has a CNC plasma cutter. That sort of thing is pretty necessary to cut down on the time it takes to make a walking mechanism with the necessary level of precision. If you haven't watched any Garage54 videos before, precision is typically not their strongpoint.

If that mechanism looks familiar, it's because it's been popularized by the Dutch kinetic sculptor Theo Jensen. In essence, it's a four-bar linkage driven by a central crank, and the power source can be quite literally anything. Jensen's sculptures are typically driven by the wind, but as you can see, you could also use a Lada. Who knew?

What makes mechanisms like these great for functional walking machines is the constant horizontal velocity they provide, and the shape of the path that the "feet" trace. If you put a lot of these mechanisms together, you can get a very smooth-sauntering vehicle—albeit one that trades off-road utility for a less jarring ride.

While Jensen's machines are lightweight and fragile, Garage54's version must be a lot stronger to support a car. For that reason, their mechanism's legs are made out of steel. They're also fixed to the Lada's frame at 3 points on the car's unibody. These three points provide the tremendous rigidity needed for a legged mechanism to operate while supporting the vehicle's weight.

And although Garage54's creation may be similar to Jensen's air-powered kinetic art, it doesn't work quite as well. While it's impressive this Lada moves at all, the pace is extremely slow. I believe that's probably a combination of the way the feet are designed and the awkward weight distribution that's a result of only the two rear wheels having legs. For this Lada to walk around properly, I'm guessing it would need at least two sets of legs per corner (eight total).

That's just me, though. I'm not the one who put together a walking Lada. I can only hope they eventually make a version that can prowl around Moscow like one of Jensen's machines. It wouldn't be the first time they've taken one of their unorthodox creations to the streets. 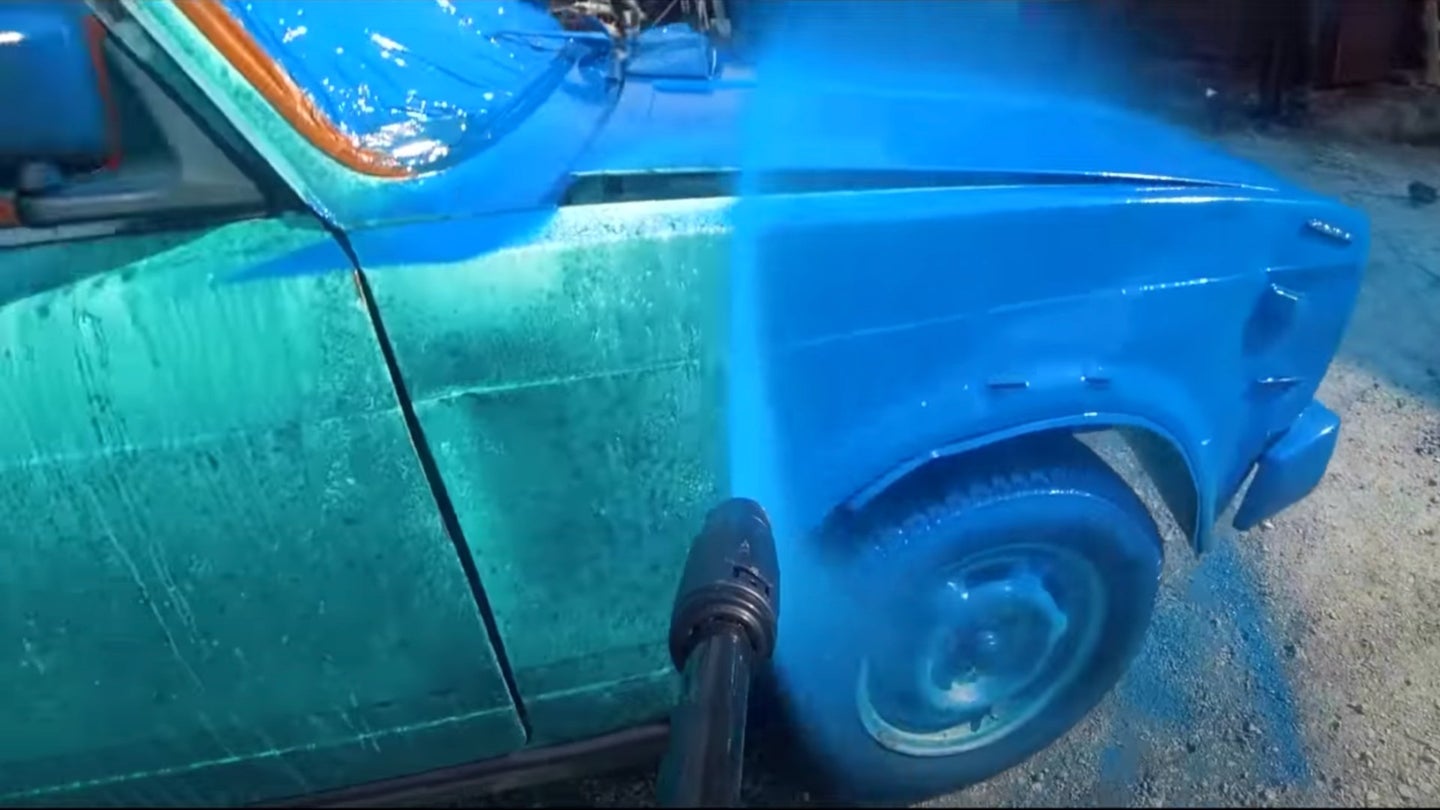 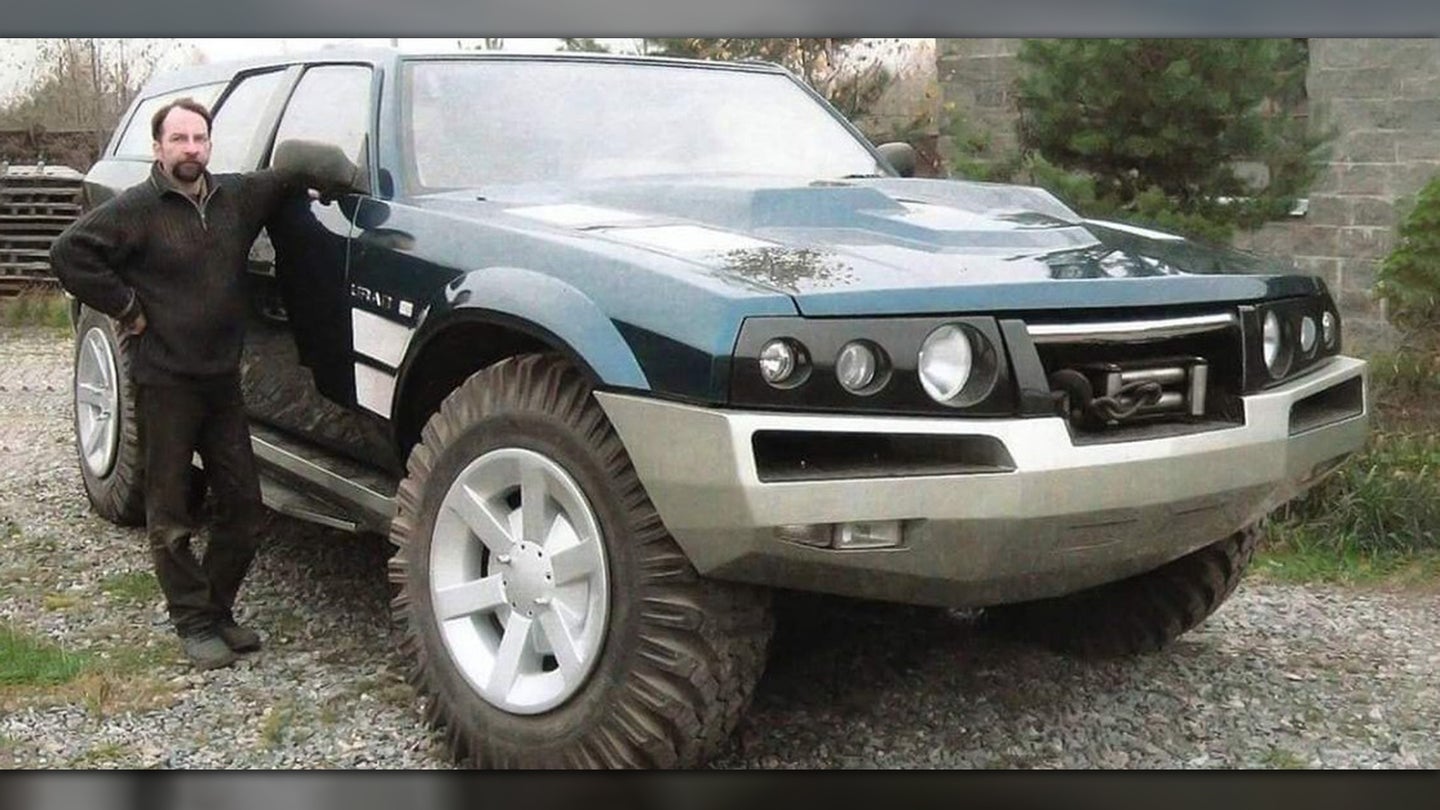