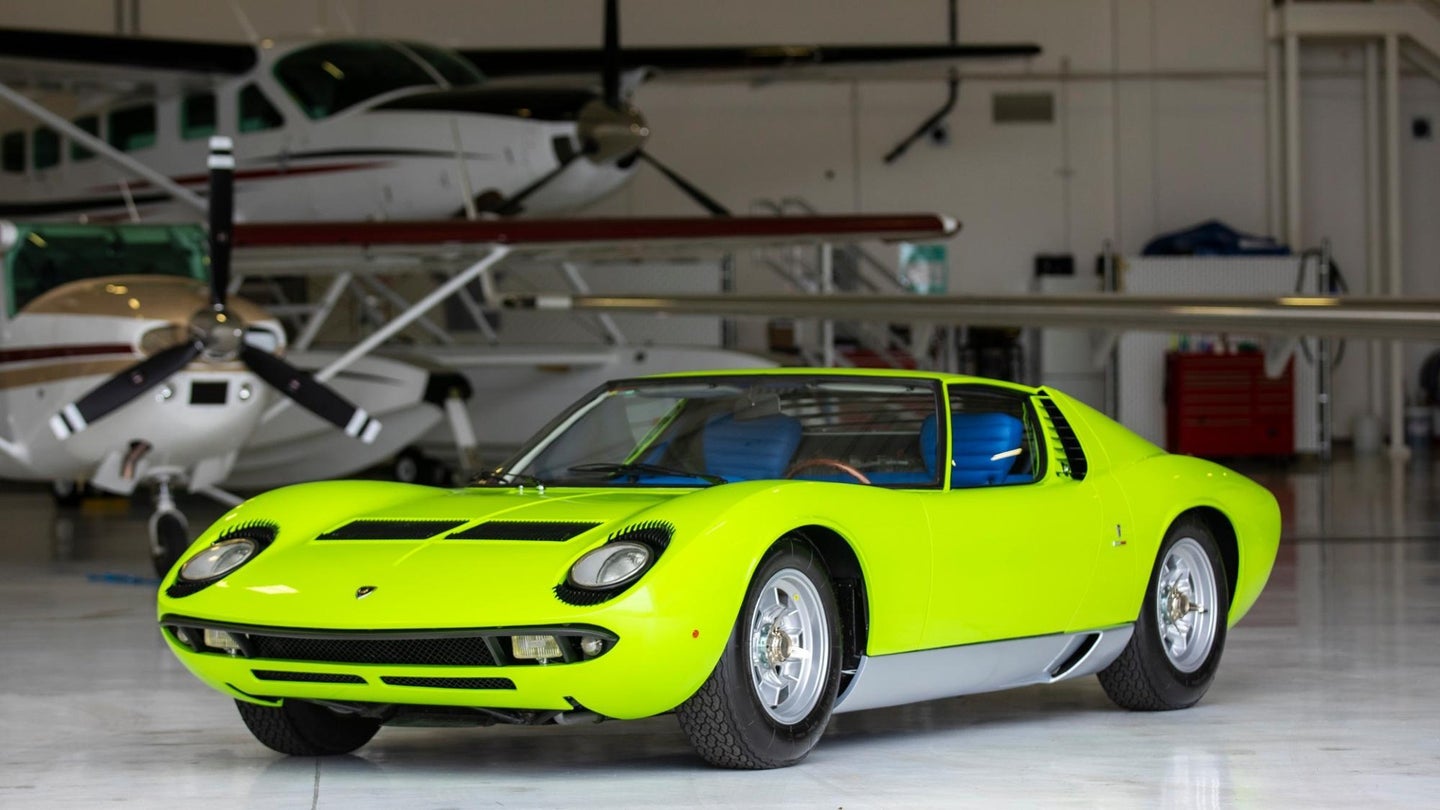 If there was an automotive design equivalent of Mount Rushmore, you'd be sure to find the Lamborghini Miura front and center. Of course, there would be others—the Jaguar E-type springs to mind—but the original Raging Bull supercar is a star. In the time since its inception, the Miura has grown to be a massive collector's item, one that's still climbing higher on the One-Percenter market. If you need proof, there's a pristine example on Bring a Trailer right now, and that particular 1968 Miura P400 currently sports a high bid of $875,000.

This Miura was born in Italy in the spring of 1968 and 52 years later, it finds itself in British Colombia. According to the listing, the car underwent a two-year restoration that included a color change to a beautiful Verde Miura. It was originally painted in Lamborghini's Bianco shade of white before one of the previous owners had it painted red. Now, though, its paint is nice enough to match the rest of the car's absolutely stellar condition.

In 2018, the Miura completed a heroic 2,500-mile road trip to attend the Pebble Beach Tour d’Elgance. Driving across two countries in a ’68 Lamborghini is no small feat, but rest assured—this classic has seen its fair share of use. The odometer displays a hair over 29,000 miles, though the seller explains that total mileage is unknown. At least the V12-powered piece of art has actually seen the road rather the cold, cold walls of a garage all its life.

The interior is covered in bold blue leather, which makes for an interesting clash with the lime green exterior. If anything, it builds on the Lamborghini ethos that's sometimes lacking in its modern cars; if it's not outrageous, then does it truly deserve that special badge?

The heart of the matter is a 3.9-liter, quad-cam V12 engine which was meticulously rebuilt along with its five-speed transaxle. It's a treat to hear a Miura sing, and this one seems to have all its pipes properly primed.

The auction ends Monday, June 29, meaning there's still time for that price to continue its upward trend. Many suspected this could be a record-breaker for Bring a Trailer's online platform, but it still has a way to go before it matches the infamous Mercedes-Benz 300SL from last year. The hammer price on that one? $1,234,567. Seriously.