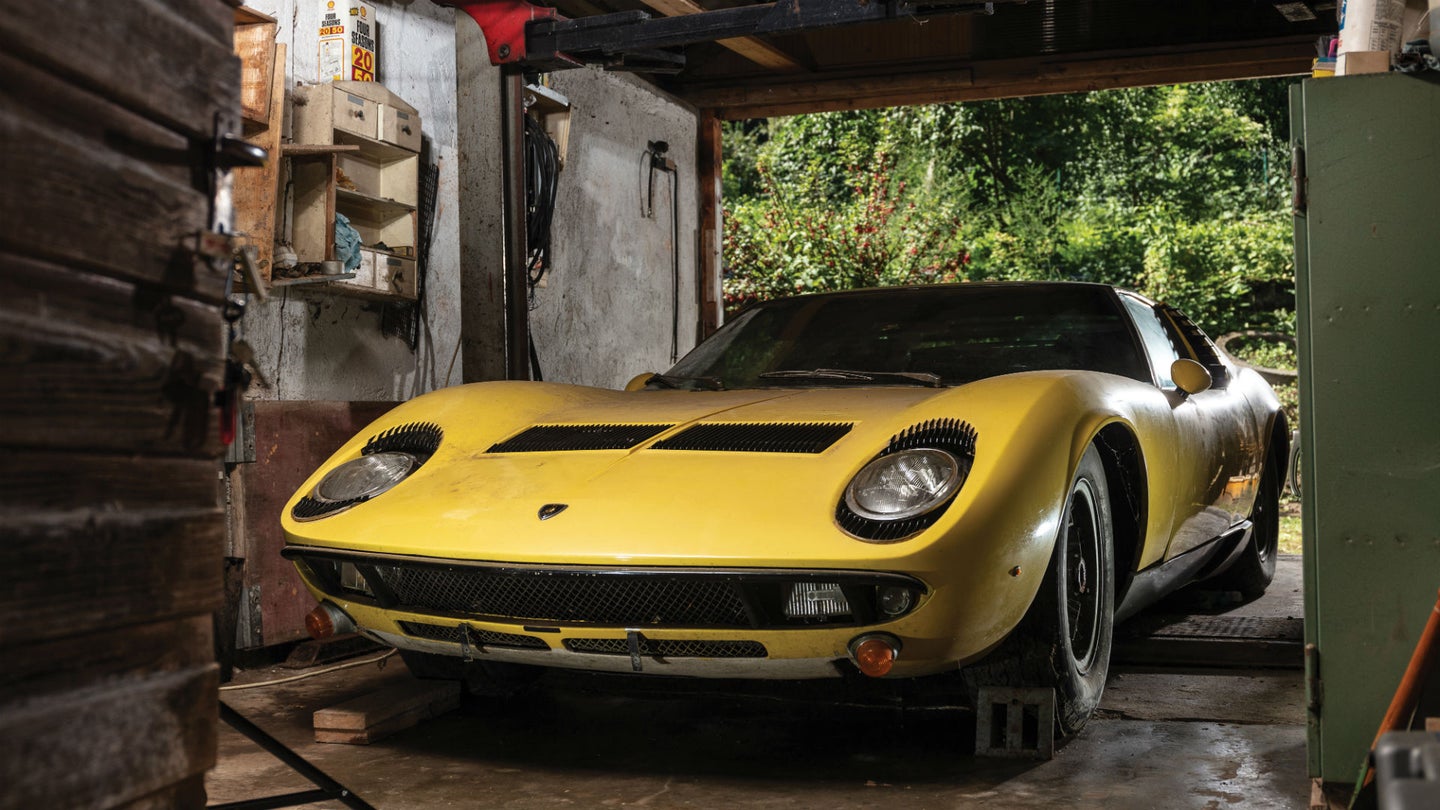 The results are in, and it appears that the Lamborghini Miura is still the most beloved Raging Bull on the planet. At RM Sotheby's London Sale earlier this week, a highly original Miura topped the auction charts, going under the hammer for $1.6 million.

This 1969 Lamborghini Miura P400 S is quite the barn find. According to RM Sotheby's, chassis number 4245 has only been with two owners, the second of whom drove it up until his death in 2015. It was stored in the owner's barn in Germany after his passing, where it remained until it was unearthed for sale this year. With 18,032 miles on the odometer, the car is said to be well-preserved despite having never been restored. It still retains its original 3.9-liter V12 engine and Giallo Flay (yellow) paint job over Skay Bleu (blue) interior, with minimal signs of wear thanks to its infrequent use.

Lamborghini first unveiled the Miura P400 S at the 1968 Turin Motor Show. Also called the Miura S, this car was meant as an upgrade to the original Miura P400. It featured upgraded brakes, power windows, some more interior creature comforts, and a 20-horse bump to 370 horsepower thanks to new Weber 40IDL-3L carburetors. Roughly 338 Miura S models were produced, and this is said to be one of the least-thrashed of them all.

"The Lamborghini Miura sold well thanks to its exclusivity and rarity, and we are proud to have played host to the sale of the car as it changes hands for the first time in over 40 years," said Will Smith, auction manager at RM Sotheby's London.

With prices in the seven-figure range, the Miura is cementing its place in the classic supercar market, slowly but surely catching up to its Ferrari rivals of the same period. Credited as the car that pioneered the mid-engined layout still seen in supercars of today, no high-end collection is complete without one.