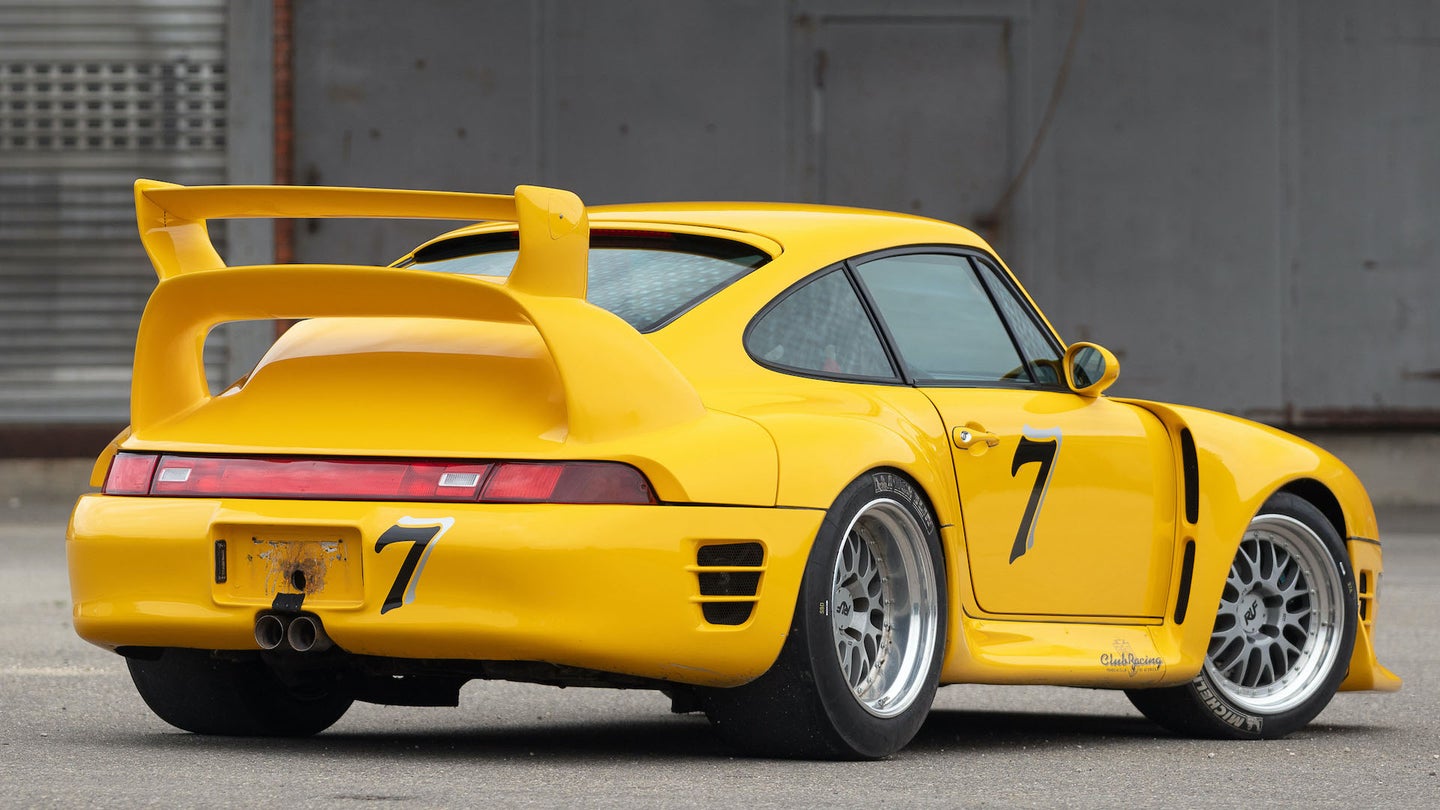 Back in the mid-1990s, a Porsche 993 Turbo was one of the highest-performing cars money could buy. Even nuttier was RUF's take on the car, the CTR2, whose 520 horsepower were good for a top speed of 220 mph, making it the fastest production car on earth for several years. But even the CTR2 was overshadowed by one other road car, one also made by RUF—one called the CTR2 Sport.

The CTR2 and its rare Sport derivative have as much in common as you'd expect; both have stripped-out interiors, both have bodies made almost entirely from composite materials, and both share a 3.6-liter, twin-turbo flat-six related to the one that powered the Porsche 962. In the CTR2 Sport, however, this engine gained titanium connecting rods and a lightweight flywheel, allowing RUF to amp power up to 702 horse and 575 pound-feet of torque.

Any weight the CTR2 Sport gained from its wider wheels and correspondingly swollen fenders were offset by a rigorous diet, which involved upgrading the CTR2's kevlar doors and frunk hood to carbon fiber, shriveling its curb weight to just 2,807 pounds. Built to comply with FIA safety regulations, the CTR2 Sport was technically legal to drive to the track, race, and drive home again, though being a road car at heart didn't mean the CTR2 Sport was compromised as a racer. Its fully adjustable Öhlins suspension and special six-speed manual transmission with ultra-short gearing combined to make it a freakishly fast machine, as its performance at the 1997 Pikes Peak International Hill Climb showed.

Club racers David and Steve Beddor entered a pair of CTR2 Sports in the 1997 PPIHC, driving the cars to and from the course, which back then was still fully dirt. Despite driving road cars, Steve qualified first overall according to Top Gear, and placed second in the race, his brother finishing fourth behind him. Steve continued to race his CTR2 Sport at events across America and has recorded a podium finish in 76 percent of the races he has entered in this car.

Since leaving Steve Beddor's ownership, this CTR2 Sport was exported to Germany, where it was fitted with an exhaust silencer that cuts its power to a mere 591 horse. Under its current owner, it received a full engine rebuild (including the installation of a water injection system) and a suspension overhaul, preparing it for the next stage of its happy life with a new owner. Who that is, will be determined when the proverbial hammer drops this Thursday, when its online RM Sotheby's auction wraps up.