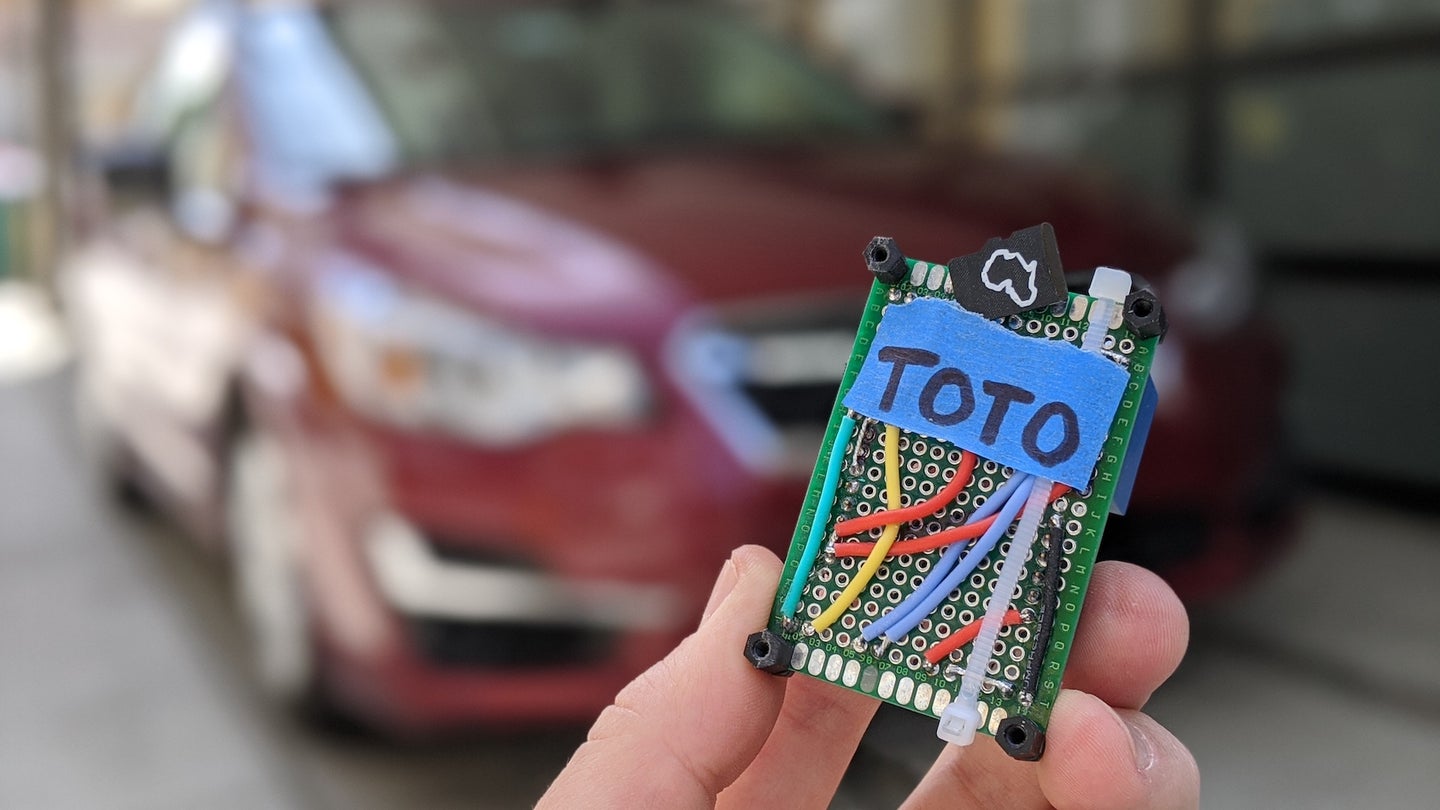 Americans have spent their weeks of quarantine one of two ways: Some binged Tiger King and spent the next month telling everyone about it, while others took on projects, like learning to bake bread or creating highway-capable Little Tikes Cozy Coupes. In the spirit of the latter, one Reddit user replaced the door chime in his wife's Subaru Impreza with something altogether more entertaining—Toto's Africa.

Reddit user tenbits explained in a series of comments that he got the idea from that classic video of a similarly modded Volvo, which amused his wife to no end. With nowhere to drive under lockdown (and presumably, his wife's permission), tenbits set to work fitting a similar gizmo to the family Impreza, working under the guise that it'd play Rick Astley's Never Gonna Give You Up, but with the ultimate goal of playing that very same eight-bit rendition of Africa.

"She saw the original video, said she liked it, so I made her one," explained tenbits.

But as documented in a long build thread hosted on Imgur, it turned out to be simpler to use chips pre-loaded with MP3 audio files than to go eight-bit, so tenbits wound up using the original Toto track instead. He showcased his work in a shot-for-shot homage to the video that inspired his build, which ends on a surprising note: His modified door chime can also play his wife's other favorite songs, such as Dolly Parton's 9 to 5.

We've messaged tenbits to find out what other songs he has loaded up for his wife—one hopes that Rick Astley wasn't left out of the final rotation.

Like Gone in 60 Seconds, but with a Kia Rio instead of a Ferrari.