We'll be waiting a while to see the all-powerful electric truck. 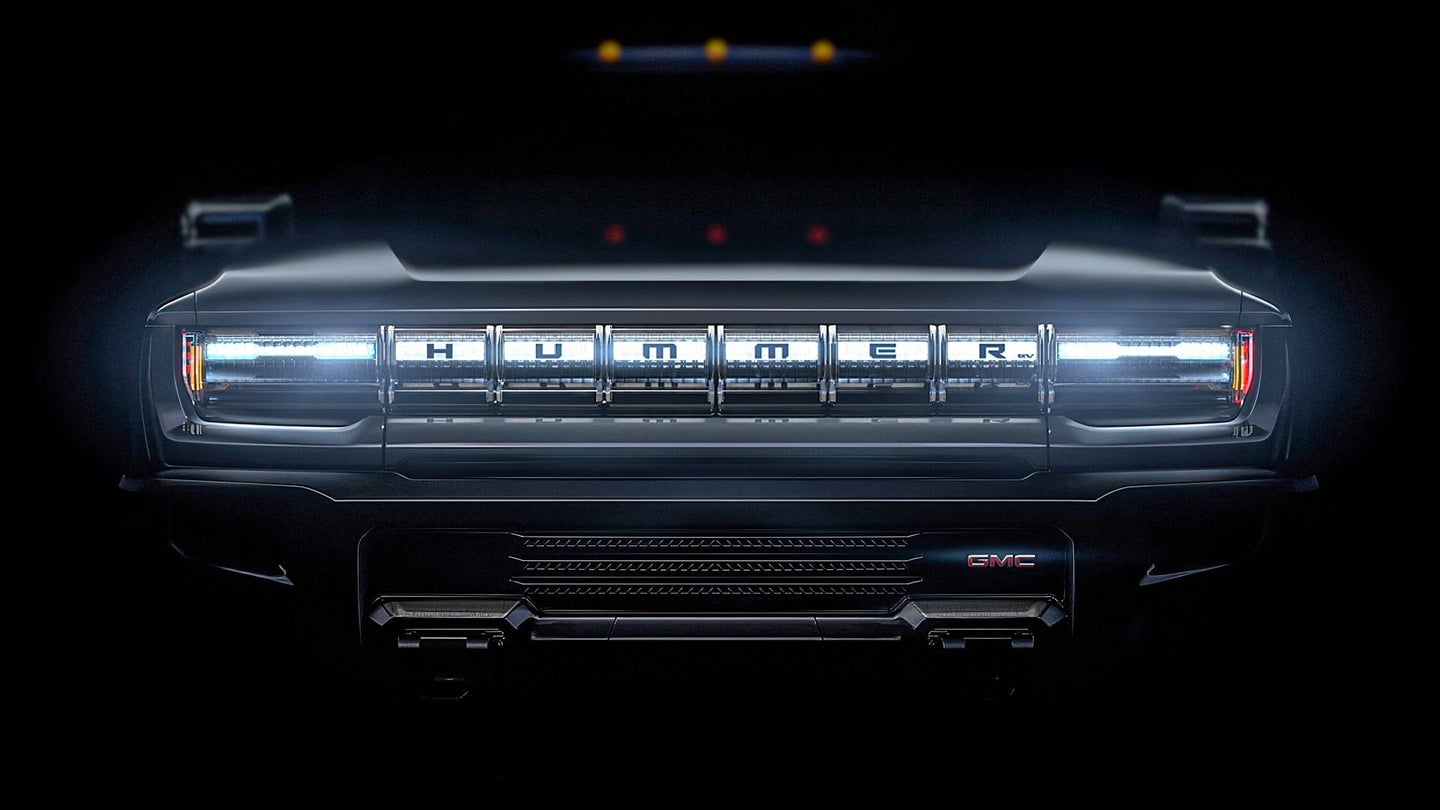 It had to happen, didn't it? The all-new GMC Hummer EV's hugely anticipated debut has been delayed according to General Motors, who cites coronavirus as the culprit. Looks like we'll have to wait a while longer to see the Cybertruck-rivaling, 1,000-horsepower electric pickup in the flesh.

GM released a statement Wednesday, clarifying that while the Hummer truck's original May 20th reveal has been put off indefinitely, its development and subsequent production is still on-track.

"While we cannot wait to show the GMC Hummer EV to the world, we will reschedule the May 20 reveal date. In the meantime, the team's development work continues on track and undeterred. We invite all to stay tuned for more stories on this super truck's incredible capability leading up to its official debut."

The Hummer nameplate's return was buzzed about for months ahead of its official confirmation, which came in a Super Bowl LIV commercial this February. A teaser view of the battery-powered truck's front-end was flashed during the ad, as were a few key figures: 1,000 horsepower and a zero to 60 time of three seconds flat. Also mentioned was a near-unbelievable torque number of 11,500 pound-feet—as we've seen with electric vehicles, though, these sensationalist numbers can often be misleading.

GM is yet to mention specific dates for the Hummer's first-round production run, and we don't know when we'll start seeing them on the roads, either. It's safe to assume that, given all the catch-up work the General will need to take care of once the country re-opens, it could be 2021 before the public is able to view the EV up close.

Luckily, GMC dropped a fresh teaser of the Hummer to tide us over:

Lebron James is nowhere to be found in this clip, and neither is any sound...whatsoever. That's kind of the point, given the workhorse's silent nature.

Potential competitors for the GMC Hummer EV include Tesla's buzzed-about Cybertruck, as well as the Rivian R1T. All three are expected to exploit the power of batteries and electric motors to their full potential, which is something we haven't seen to this point with production pickups. While no one likes waiting, it's nice to know that a trio of innovative, high-powered adventure rigs are waiting on the other side of this pandemic.