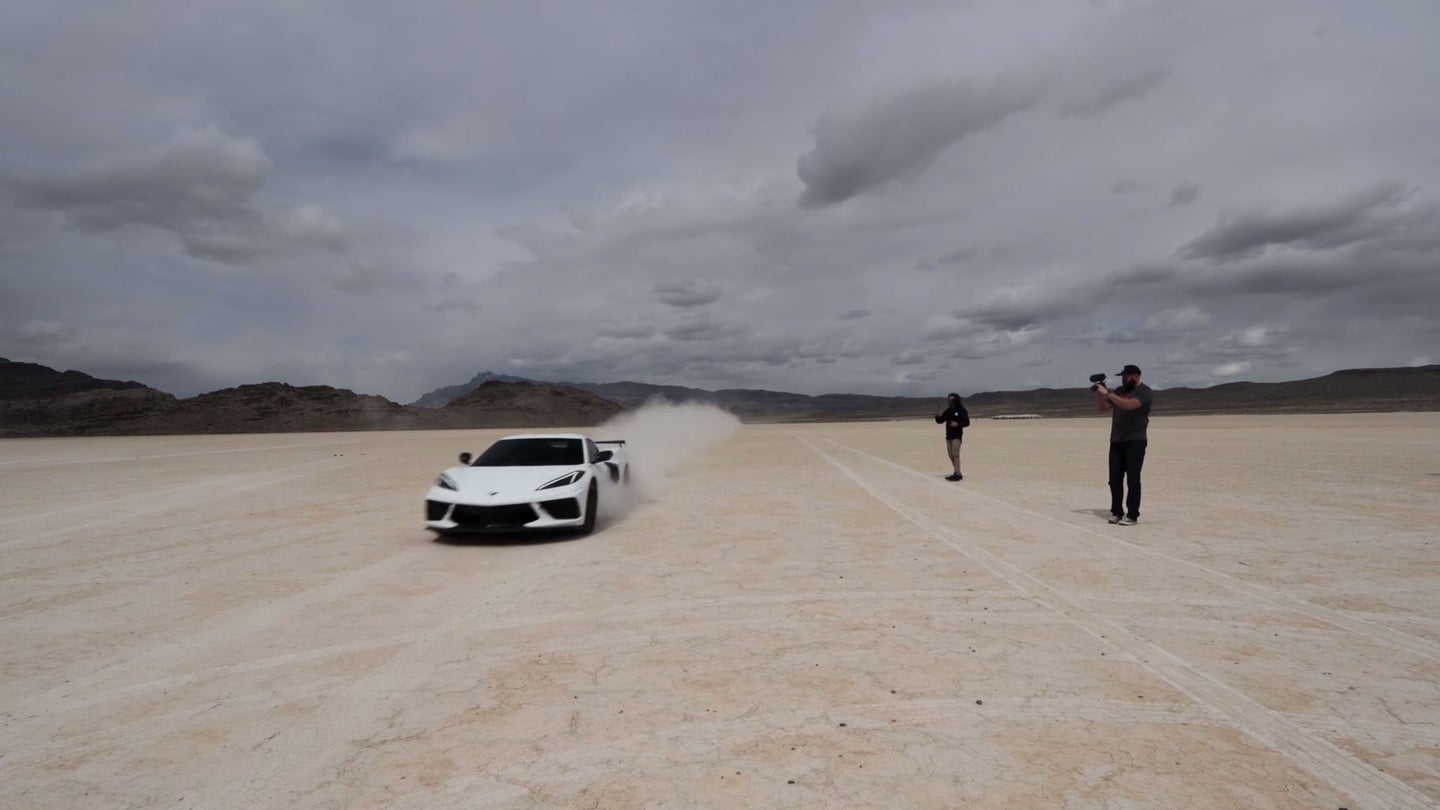 Now that most Chevrolet Corvette C8 owners have their cars properly broken in, they're becoming more and more willing to test their mid-engine brawn. This includes everything from hitting the track to performing a few less-than-scientific experiments behind the wheel, proving just how quick the 2020 'Vette is. Car YouTube star Stradman, who's known for filming his fleet of high-end exotics doing crazy things, got his hands on one of the first C8's to roll off the line and decided to show it off in dramatic fashion: An attempted top-speed run, far away from any tarmac.

After a short run down a gravel road, the crew arrives at an “undisclosed location somewhere in America,” which is actually a dry lakebed about two and a half hours from Stradman's Utah home. After a hard launch and plenty of YouTube dramatics, Strad and his friend take off across the dusty runway. All the while, he notes that there is plenty of wobble and movement from the car, mostly due to the fact that it’s being driven well into triple-digit speeds on dirt.

Those of us paying attention will note that Strad’s 173-mph run falls short of the C8’s advertised 184-mph top speed. That’s due to several factors, like running out of space—we can see people camping nearby at the end of his run. With that in mind, anything less than total confidence at-speed can end badly for everyone involved, so backing out of it when they did wasn't the worst idea.

As willy-nilly as it might be, the video and the lakebed run illustrate a few things: First, the C8 is a lot of car for the money, whether it be around its sub-$60,000 starting price or even higher. Second, the 'Vette was able to achieve a respectable speed in less than ideal conditions with a normal driver behind the wheel. Lastly, as more folks get their hands on a new Corvette, we’re likely to see some impressive shenanigans—and we're here for 'em all.