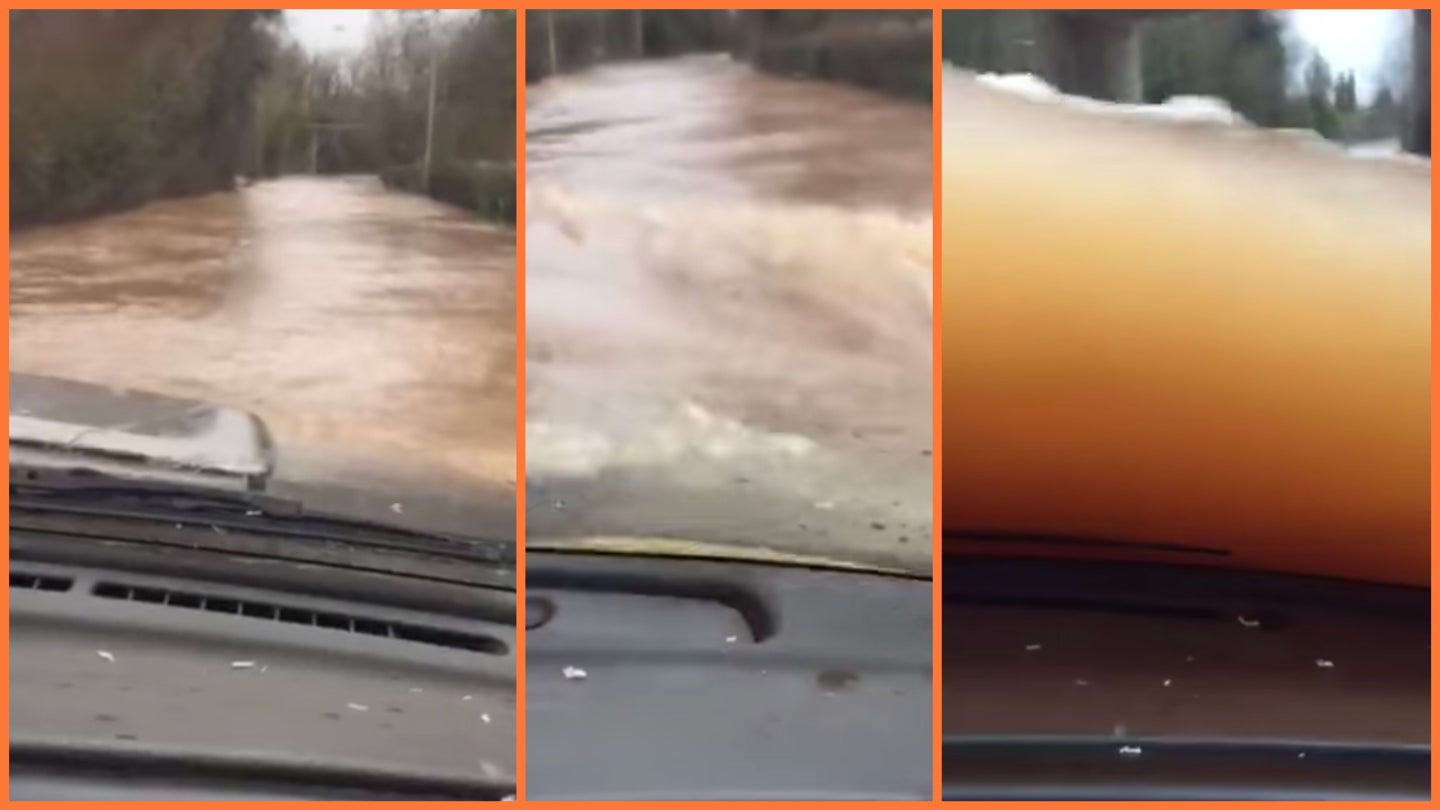 The United Kingdom has been pelted with rain and flooding for the better part of three weeks, thanks in large part to the touchdown of Storm Ciara. Locals have lost their homes, businesses, and livelihoods due to the constant downpours, which are only just starting to ease up. While the U.K. government's poor preparation for the weather has been criticized, citizens are still having to complete their everyday tasks amidst the deluge—part of that, apparently, is driving where it doesn't seem possible just to deliver supplies.

A Facebook video of a lowly Isuzu Trooper has gone viral as it takes on what looks to be a road underneath several feet of roaring water. However, as the crew of people continues on, they're forced to ford through the impromptu river which submerges the humble SUV's hood and even goes halfway up its windshield.

Almost unbelievably, they're able to make it through. That's not to say it didn't take a toll on the Isuzu, though, as you can see water pouring into the vehicle and filling the footwells.

One time wasn't enough as the team still had supplies to deliver later on. This go-around, they take on what appears to be the same road with conditions that could—and undoubtedly should—be considered unpassable to most motorists. That doesn't look to bother the driver, Joe Butler, as he laughs and nonchalantly tells his passengers to chill out.

Too many times, we've seen this situation end differently for folks who'd rather test their luck than turn around. Even if you're in a lifted truck or SUV with plenty of off-road cred, it's never smart to drive into water that could sweep away the vehicle. This is a rare case of the daredevil stunt working out, so it'd be smart to leave it for the reckless and haphazard among us.

Modified Jeep Gets Swept Away by River After Solo Cross Attempt

If you don’t know how deep it is, it’s best not to cross.