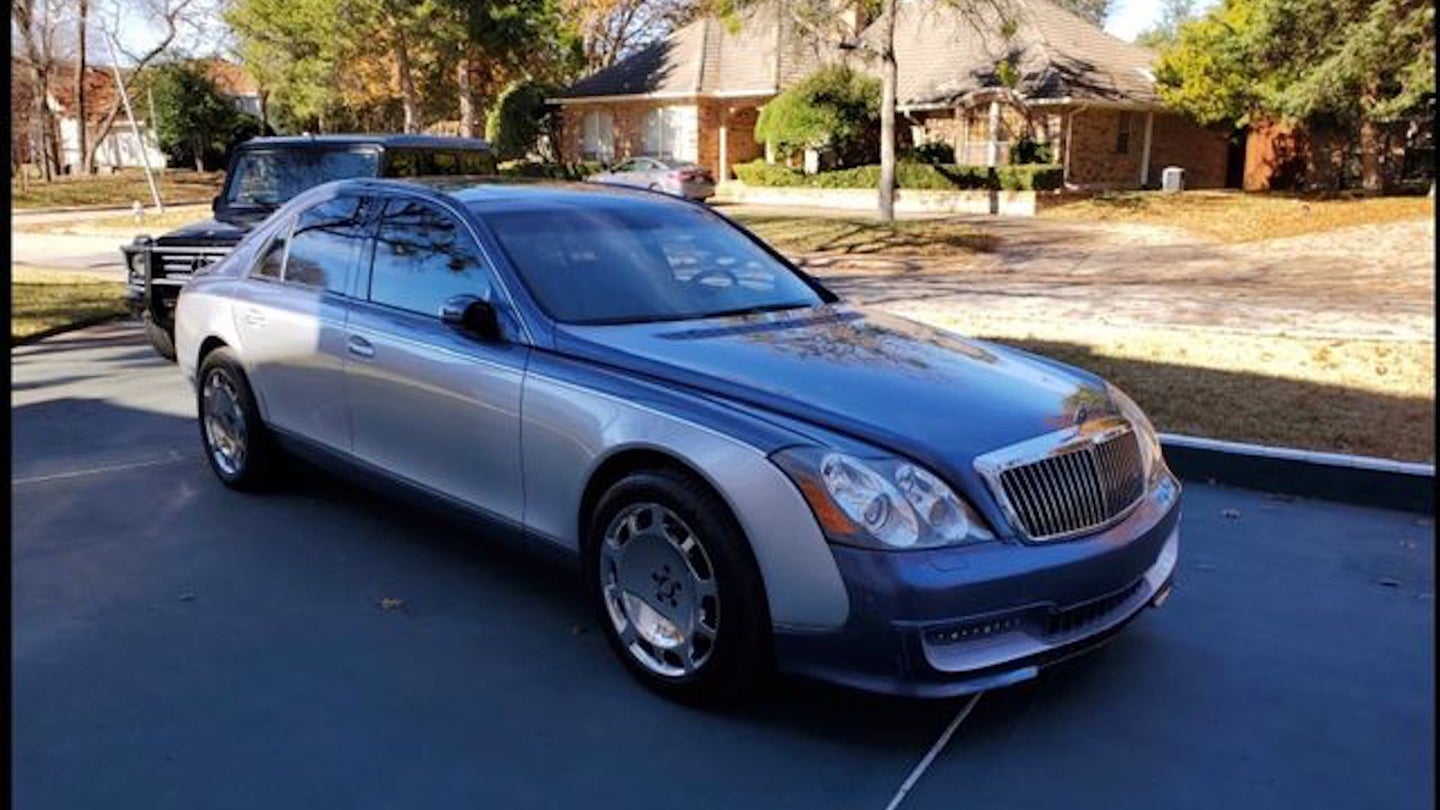 Buying a used Mercedes-Benz is kind of like getting tipsy at the karaoke bar before belting out Journey's Don't Stop Believing. Inadvisable, probably played out, but still highly entertaining for everyone involved. Buying a used Maybach, then, is more akin to downing half a bottle of Hamilton 151 rum before trying to keep up with System of a Down's Chop Suey. We'll tell you not to, but if we can't stop you, then by God are we going to cheer you on. We say this because we've just found a used, high-mileage Maybach 57 for less than a tenth of what it originally cost, and while it's a terrible idea to buy it, we sort of want someone to anyway.

Before going any further, we need to explain what Maybach

is, a fact that its owner Mercedes no doubt hates. Historically, Maybach was very similar to Rolls-Royce; it produced heavy-duty engines and ultra-luxury cars, struggled to stay afloat on its own, and eventually fell into the hands of a large German automaker—BMW in RR's case, Daimler in Maybach's. Decades after its acquisition, Maybach became Daimler's super-premium marque, meant to compete directly with Rolls-Royce but the marque's half-baked revival resulted in laughable sales. Between 2003 and 2010, Maybach sold a mere 1,112 cars in the United States. Rolls-Royce? Almost 3,000.

The reason why Rolls prospered and Maybach flopped was because of how each company executed the idea of the ultimate limousine. Rolls designed the Phantom to be the world's comfiest car from the ground up, while Maybach took a Mercedes S-Class, redid the interior, ghoulified the exterior, and then had the nerve to ask $325,000 for the resulting car. It and the long-wheelbase 62 were far from spartan within, but what amounted to an up-badged S-Class couldn't hope to compete with the brand image offered by Rolls-Royce.

And now, at $25,000, this Maybach may look like a steal, as you're never, ever going to find a Rolls or Bentley of the same vintage in this price range. But the thing to remember with buying a used car is that maintenance will always cost proportional to its original MSRP—parts and service for this car will cost that of a vehicle that was $325,000 new, not $25,000. Odds are the eyes of whoever buys this car will pop whenever they get their first service bill.

Then again, as every million-mile vehicle has shown, the key to keeping a car in good shape is to drive it, and this Maybach has over 162,000 miles on the clock—that's more than 10,000 a year. Maybe there's still life in its 5.5-liter, twin-turbo V12 after all, but we can't recommend being the one to find out.