All right, there’s a lot more than that in this partnership—but we’re into the idea of a tactical pen. 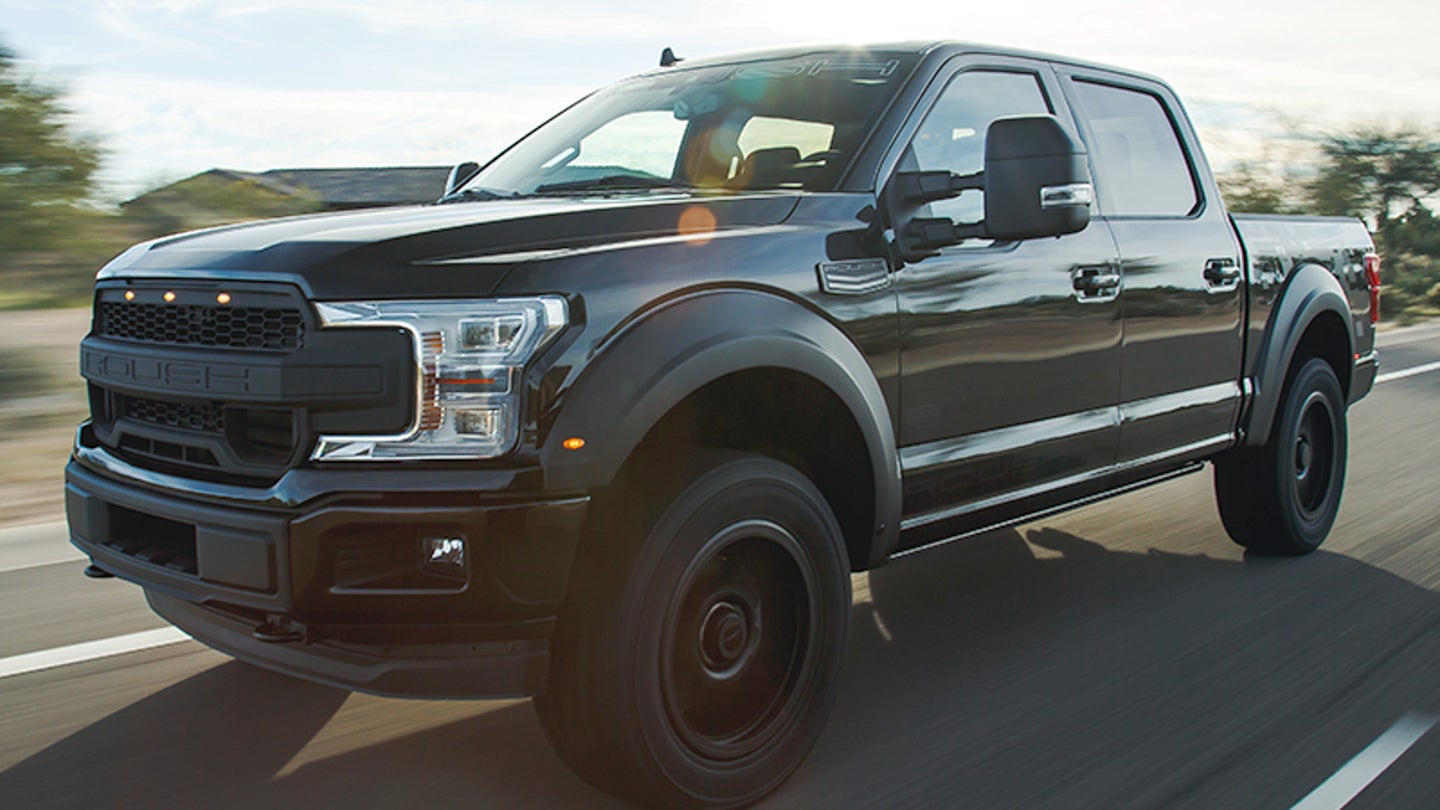 Roush Performance has established itself over the years by taking factory-fresh cars and trucks, typically from Ford, and overhauling them into performance stars. The tuning firm usually adds more power, better suspension, and improved brakes before equipping the ever-familiar appearance packages, making sure every gearhead knows that you're driving a Roush. The shop's 2020 offerings include a collaboration with 5.11 Tactical, resulting in a rough-and-tumble F-150 that's got lots of stealthy equipment and plenty of attitude.

Called the Roush F-150 5.11 Tactical Edition, the truck gets a 5.0-liter V8 with a Roush supercharger that is said to produce 650 horsepower and 610 pound-feet of torque. The F-150 comes with 20-inch Roush custom wheels wrapped in 33-inch General Grabber all-terrain tires, whose off-road capabilities are complemented by a Fox Performance Series Suspension setup with increased travel.

You can buy the truck in any color you want, as long as it’s Agate Black or Abyss Gray. You’ll also have to be comfortable rocking camouflage everywhere, because that’s part of the deal. The Roush F-150 comes with a “Performance Gear Kit” that touts a heavy-duty first responder’s multi-tool, a tactical pen, a steel multi-tool money clip, a hat, a USA flag patch, and a tactical duffle bag. How's that for patriotism?

It wouldn’t be a mistake to think of the Roush F-150 5.11 Tactical Edition as the official doomsday prepper’s truck. Debra Radcliff, chief marketing officer of 5.11, said: “We strive to keep our end-users ready for life’s most demanding missions, and the Roush F-15 5.11 Tactical Edition truck absolutely accomplishes this while they’re out on the road.” In other words, this is just a few steps away from being a rolling fallout shelter.

Roush will sell the pickups starting at $31,000 over the F-150 Lariat base truck's MSRP. Those models cost around $50,000 with minimal options, so the average Roush truck will land with a price of over $80,000. At least there’s a three-year/36,000-mile warranty—sadly, there's no specific coverage for end-world situations.